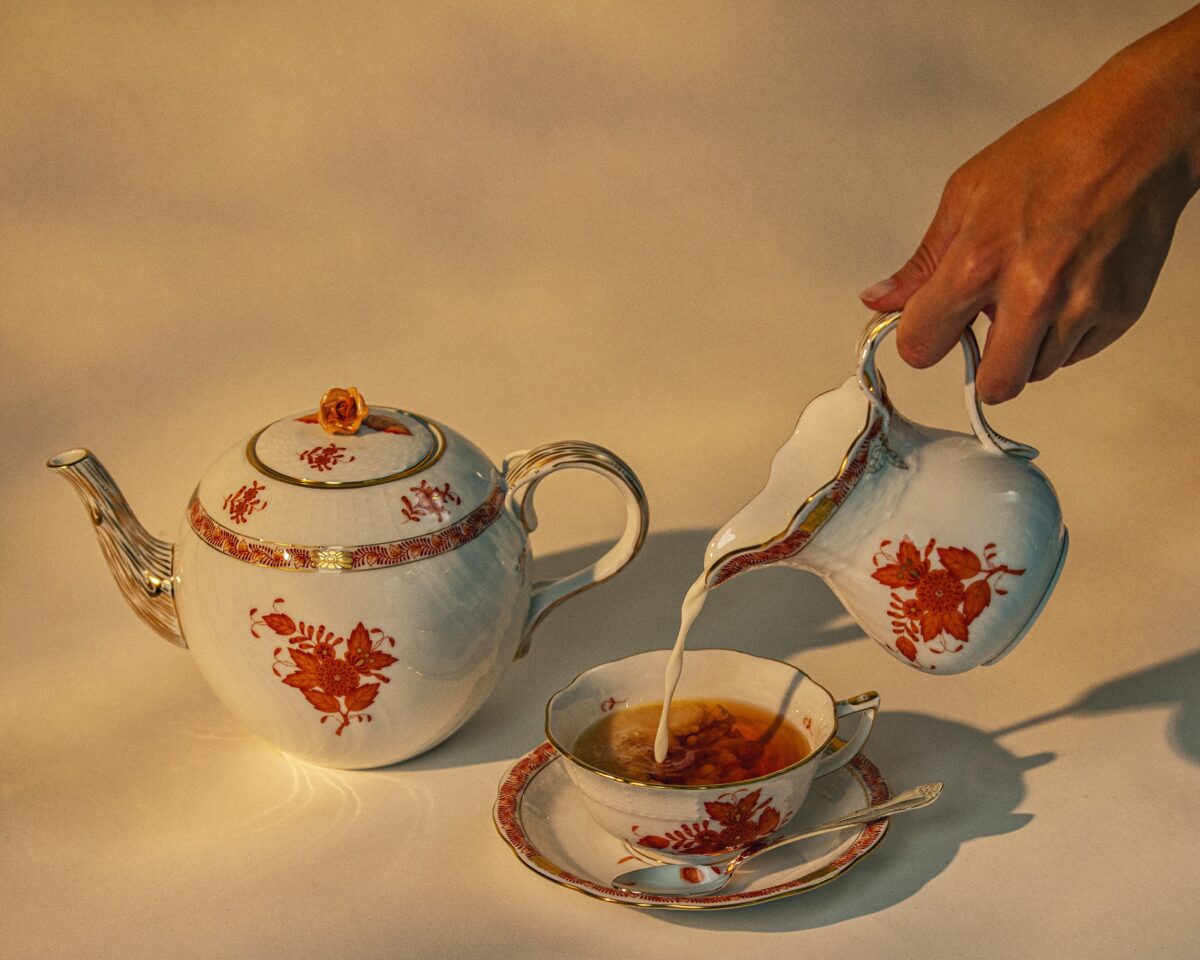 Harney and Sons offers a variety of classic and exotic tea blends, sourced from the finest tea regions around the world. (Adi for American Essence)
American Essence

The family tea brand is dedicated to bringing the best teas from around the world to America
BY Annie Wu TIMEJuly 11, 2022 PRINT

Tea is always there to comfort us, whether we’re feeling under the weather, needing a jolt of energy in the morning, or commiserating over a cuppa with friends. But as Americans, we haven’t quite adopted the appreciation for tea that other countries have long harbored.

Harney and Sons has been passing on its knowledge of tea—in all its wondrous forms, from different tea-drinking cultures around the world—to Americans at large, through the company’s 300-plus varieties of teas and tea blends, packaged in the iconic tin cans that many tea lovers have come to know. Vice president Mike Harney explained why tea is worth a deeper look: “It has an amazing heritage. It tastes great. Rumor has it, it’s good for you.”

Tea and its complexities are akin to wine; depending on the region where the tea is harvested, when it is harvested, and how it is processed, the end product will have markedly different flavors. Over the decades, Harney and Sons has introduced a wide variety, hoping to educate the American audience on the finer side of tea—beyond the Lipton tea bag. The company equally loves to perfect the classics like Earl Grey (it blends black and oolong teas from India and China for its aromatic drink) or loose leaf teas like pu-erh (a type of fermented tea from China known for its earthy, intense flavor) and invent creative blends, like the Organic Bangkok, green tea with lemongrass, coconut, vanilla, and ginger flavors. It even offers olive leaves from Tuscany as an herbal tisane, and yaupon, a native American shrub plant that is lightly caffeinated. Mike Harney jokingly said the breadth of offerings is because “no one’s figured out how to say no.”

The tea company started with Mike’s late father, John Harney. He ran a small country inn in Salisbury, Connecticut. While there, he was introduced to a British tea salesman named Stanley Mason, who taught John the ins and outs of the business, including how to blend different tea leaves into a final tea product. Later, John Harney and several partners bought Mason’s business. In 1983, John Harney dissolved the partnership and created Harney and Sons, hoping to one day pass the trade on to his children and create a family legacy.

The dream came true; Mike and his brother Paul are now running the show, growing the brand from a trusted source of quality tea to one with an international presence. They opened a new café in Tokyo in 2021. They also frequently collaborate with famous institutions and movies, ranging from the Metropolitan Museum of Art to the 2019 film adaptation of “Little Women” (the latter collaborated with the Louisa May Alcott Orchard House museum, the family home where Alcott wrote the novel).

The story of Harney and Sons is, in a way, a classic American tale. After John Harney bought out his partners, he started blending teas in his basement. He packaged the teas into tins himself. Paul, a teenager at the time, helped to carry tea shipments down into the basement.

Mike Harney had worked in the wine business and ran a hotel in Chicago. When his father asked him to join the family business, he felt he was ready for the challenge. Paul joined the company after serving in the Marines.

Borrowing from his experience in the wine industry, Mike Harney began embarking on taste-testing trips to Asia to source teas; previously, as was common in the industry, the company was sent samples, and teas were mainly purchased and blended that way. He not only made wonderful memories, like visiting a beautiful garden at dusk in the village of Mamring, India, where darjeeling tea is grown; he’s also accumulated a wealth of knowledge about the highest-quality teas from top tea-producing regions. He then developed a scale, providing consumers with an understanding of tea’s key flavor components: briskness, body, aroma—rated from 1 to 5, printed on every tin. The first refers to the feeling of dryness in one’s mouth, depending on the amount of tannins in the tea. Body refers to whether the flavor fills the mouth up or feels thin. Finally, aroma is all about the scent. He also includes detailed tasting notes and brewing instructions. For their popular Paris blend, the tasting notes are: “Similar to the aroma, this tea smells sweet like caramel and has a fruity flavor of black currants.”

The flavors get even more enticing descriptions in Mike Harney’s 2008 guidebook on the world’s major tea types and their history, distinctive characteristics, and production process. Most teas—black, green, white, oolong—come from the same plant, Camellia sinensis. The difference lies in how they’re harvested (early buds or more mature, the season they’re plucked), or how they’re treated (some tea-makers sear leaves over woks or dry them in ovens; others are left to oxidize, or to be fermented). One description of a Chinese green tea variety called Pan Long Ying Hao (which translates to “dragon silver hair”) says: “Lightly sweetened cocoa in the top notes, sweet braised leeks in the base, and a long-lasting honeyed finish with the faintest hint of gardenia.” The exhaustive compendium illustrates Mike Harney’s passion for tea. He describes the creative process of extracting flavors and blending teas as a fun adventure. “We can get cocoa flavors, we can get fruity flavors, lemony flavors. Those are something that are naturally [occurring] chemicals inside the tea plant that are manipulated, and next thing you know, it tastes like that,” he said.

Mike Harney acknowledges that there may still be a long way to go before Americans become fully acquainted with the intricacies of tea. “We just keep swinging the bat,” he said. He plans to keep the company a family business, run from a production factory in Millerton, New York, where all its teas are packed by staff. “My dad started something good and we’ve kept it up,” he said cheerily.