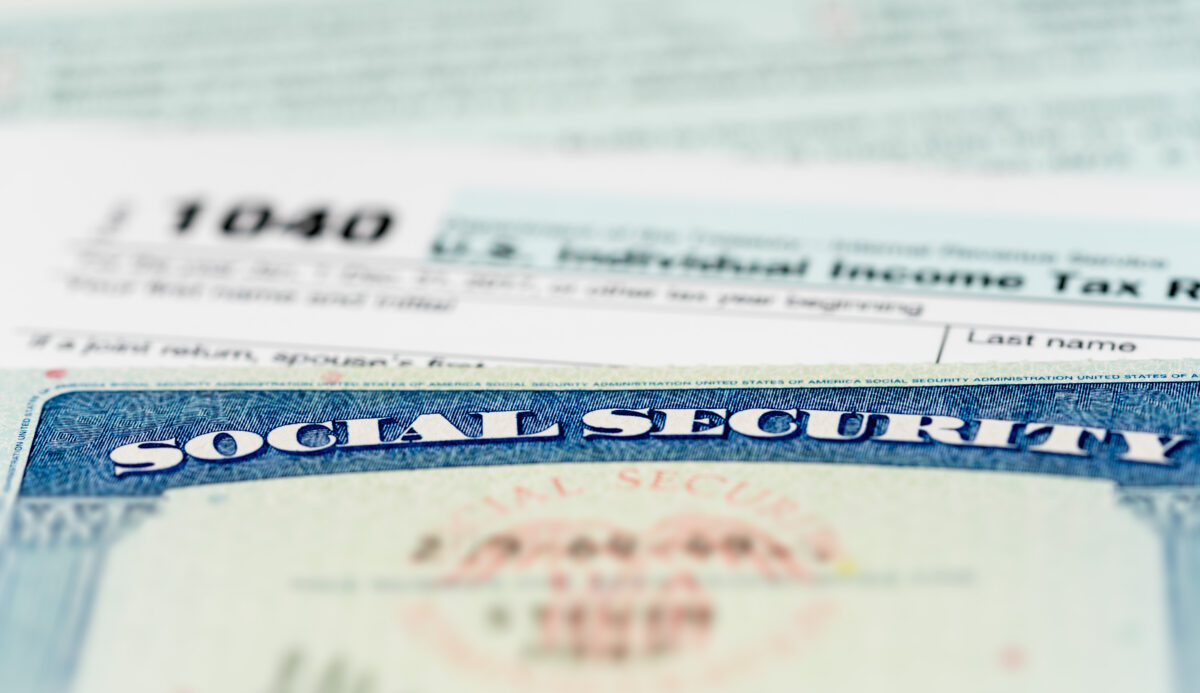 As part of the Biden administration’s fiscal year 2023 budget proposal, aka the Green Book, for the Treasury Department, Janet Yellen testified before the Senate Finance Committee and the House Ways and Means Committee in early June 2022.

Additionally, if the Build Back Better Act (BBBA) passes, President Biden would raise revenue‌ ‌by‌ ‌$4‌ ‌trillion on‌ ‌a‌ ‌gross‌ ‌basis‌ ‌over‌ ‌the‌ ‌next‌ ‌decade. ‌Therefore, the proposed Biden tax increases in the budget and the BBBA could have affected the economy significantly. And this is primarily in terms of tax and retirement implications.

Among the significant tax proposals are:

All of that is a lot to process. So, let’s take a closer look at the potential tax and retirement consequences.

A major focus of the proposal is on three significant changes in tax policy for high-income earners‌ ‌in‌ ‌the‌ ‌U.S.

“First, the treasury wants the highest marginal income tax rate to increase from 37 percent to 39.6 percent effective December 31, 2022,” writes Shehan Chandrasekera, CPA, Head of Tax Strategy at CoinTracker for Forbes. “This increased marginal rate would apply to taxable income over $450,00 for married filers and $400,000 for individual filers.”

Moreover, if your total taxable income is above these thresholds, any short-term cryptocurrency gains (coins & NFTs sold after holding them for less than 12 months) as well as other forms of cryptocurrency income, such as mining, staking, and interest, would be subject to the‌ ‌higher‌ ‌rate, he adds.

A second proposal would subject long-term capital gains (which are generally taxed at a lower rate than ordinary income) to a higher rate for taxpayers earning over 1 million per year in‌ ‌taxable‌ ‌income. “For example, if your overall taxable income is over 1 million, long-term gains in excess of 1 million would be subject to a much higher ordinary income tax rate vs. the maximum 20 percent rate under the current law,” Chandrasekera explains. ‌Additionally, the proposal seeks to make gifts of appreciated property and transfers at death ‌taxable‌ ‌events‌ ‌for‌ ‌wealthy individuals.

“Third and arguably the most aggressive tax proposal included in the document is the 20 percent  minimum tax on ‘Total income’ for taxpayers worth over 100 million.” ‌This would include regular taxable income such as wages and investment income and surprising unrealized gains from assets owned by the taxpayer.

Biden‌ ‌proposes boosting discretionary funding for the Social Security Administration by $1.8 billion in his proposed budget for 2023,‌ ‌for‌ ‌a‌ ‌total‌ ‌of‌ ‌$14.8 billion. ‌About 70 million Americans will receive retirement, disability, and survivor benefits from the agency, which receives funding increasing by about 14 percent from the levels enacted in 2021.

$1.6 billion will go to field offices, disability determination centers, and teleservice centers. ‌‌Moreover, the money would help speed up disability processing and reduce waiting‌ ‌times. Additionally, the agency would be able to make changes so that everyone could get the services they need. ‌Furthermore, $224 million will be added to track spending and support the investigation and prosecution‌‌ ‌‌of‌‌ ‌‌fraud.

Rep. John Larson (D-Conn.) reintroduced a bill in October 2021 that would give beneficiaries a benefit boost of about 2 percent. ‌Also, low-income workers would receive a higher minimum benefit.

As part of the legislation, payroll taxes for those earning $400,000 and over would be reapplied to higher-wage earners. ‌As of 2022, 6.2 percent of those payroll taxes are applied only to wages up to $147,000 for both employees and employers.

As of 2034, Social Security’s trust funds will run out, making Biden’s new budget proposal even more timely. ‌By then, 78 percent of promised benefits will be paid out.

Surtax on Estate Transfers and Gifting

By the end of 2025, the current exemption of $12.06 million per person (in 2022) will expire. ‌Approximately half of the current exemption amount will be reduced at that time. According to earlier proposals under consideration, the higher exemption amount would have expired in‌ ‌2022. ‌Despite this, the Green Book does not address the broad issue of gift and estate taxation. ‌It does contain a few other provisions, however.

A surviving spouse could also utilize the proposed exclusion if it is portable. ‌As a result, married couples filing joint returns can exclude $10 million of unrealized gains from their taxable income.

There would be no requirement to recognize gains on gifts or bequests to charities. ‌If you give or bequeath to a spouse, you won’t gain until either of you‌ ‌dies‌ ‌or‌ ‌disposes‌ ‌of‌ ‌the‌ ‌asset. ‌The cost basis, however, will carry over in either case.

A gift-like transfer of appreciated assets to or from an irrevocable trust, partnership, or other non-corporate entity would also be taxable if the gain is unrealized.

An irrevocable trust, partnership, or other non-corporate entity would also be subject to tax on unrealized gains in appreciated assets if they were not previously recognized as taxable income.

After Dec. 31, 2022, the rules would apply to transfers and property owned by people who die after that date.

Currently, grantor retained annuity trusts don’t have term ‌restrictions. ‌However, all GRATs would be subject to a minimum 10-year term and a maximum equal to the annuitant’s life expectancy plus 10 years.

Additionally, the remainder interest of a GRAT must‌ ‌have‌ ‌a‌ ‌minimum‌ ‌value. ‌Typically, the value of the assets transferred to the GRAT would be equal to 25 percent of their value for gift tax purposes. Alternatively, it would be $500,000. But‌ ‌not‌ ‌more‌ ‌than‌ ‌the‌ ‌value‌ ‌of‌ ‌the‌ ‌assets‌ ‌transferred. ‌During the GRAT term, the GRAT annuity cannot decrease. ‌Furthermore, the grantor can’t exchange assets held in the GRAT tax-free.

A trust formed after the enactment date would be subject to the new provisions.

By eliminating short-term GRATs, the risk of a grantor dying in the middle of the GRAT term would be reduced. ‌Therefore, the grantor’s estate would include the GRAT’s assets. ‌A zeroed-out GRAT would also be prohibited by this provision.

Also in the budget is a plan to modernize digital asset rules. ‌According to the budget documentation, such a move would generate $4.9 billion in revenue in 2023.

As part of the new rules, certain financial institutions, such as brokers of digital assets, would also be required to report information. Certain taxpayers with foreign digital asset accounts would also be required to report, and the mark-to-market rules would be amended ‌to‌ ‌include‌ ‌digital‌ ‌assets. ‌In total, the administration predicts these rules will‌ ‌generate‌ ‌$10.9‌ ‌billion‌ ‌by‌ ‌2032.

According to a Treasury Department explanation, “tax evasion using digital assets is a rapidly growing problem. Since the industry is entirely digital, taxpayers can transact with offshore digital asset exchanges and wallet providers without leaving the United States.”

Additionally, the budget seeks to enhance the Department of Justice’s (DOJ) ability to pursue cyber threats through investments that support a multi-year effort to enhance cyber investigative capabilities at FBI field offices.

“These investments include an additional $52 million for more agents, enhanced response capabilities, and strengthened intelligence collection and analysis capabilities. These investments are in line with the Administration’s counter-ransomware strategy that emphasizes disruptive activity and combats the misuse of cryptocurrency,” ‌the‌ ‌document stated.

1. How Much Did the President Propose?

A $5.8 trillion budget was proposed by President Biden. ‌With billions earmarked for police departments and the military, along with new taxes on the rich, this plan reflected growing concerns about security and the economy at home and abroad.

White House budgets aren’t really budgeting at all. They’re just requests to Congress to control the government’s ‌spending. But they’re snapshots of where the president wants to go with his priorities.

According to President Biden’s second budget request, domestic investments will amount to about $1.6 trillion for the fiscal year 2023. That’s a 7 percent increase over current levels. ‌Among the initiatives that are receiving additional funding are projects to prevent gun violence, improve the supply chain, and address the excessive inflation that has contributed to cost overruns.

One of the biggest increases was Biden’s $773 billion military proposals, an increase of 10 percent for the Pentagon following concerns like the Ukraine war.

The‌ ‌budget‌ ‌also‌ ‌includes‌ ‌nearly $70 billion for fighting violent crime through the FBI and cracking down on gun trafficking. ‌There is a total of $45 billion allocated to combat climate change across the federal government, an increase of $16.7 billion over the level enacted in 2021.

2. ‌How Will This Be Paid for?

Under the proposal, which must be approved by Congress, households worth more than $100 million would have to pay 20 percent of both their incomes and unrealized gains in ‌their‌ ‌liquid‌ ‌assets. ‌They include stocks and bonds, which are taxed only when they are sold after accumulating value for years. ‌Using the $360 billion raised by taxation that the White House is hoping to generate, the president could fund a broader agenda as well.

Although the Green Book proposes changes to a wide range of tax laws, these changes will mostly affect a ‌specific segment‌ ‌of‌ ‌taxpayers. ‌You may be concerned about the changes, though, if you fall into any of these categories:

Various changes to the law have been proposed, but their effective dates do not line up. ‌Some could take effect sooner than December 31, 2022. However, most would be implemented after that date.

4. How Biden is Impacting Social Security?

The U.S. Social Security Administration (SSA), which distributes benefits to 70 million Americans, will receive an additional $1.8 billion in discretionary funding in Biden’s proposed budget for 2023. ‌That‌ ‌would‌ ‌be‌ ‌an increase of 14 percent over the funding levels enacted in 2021, so $14.8 billion altogether.

In addition to the new funding, the SSA will increase its current funding by 14 percent, from $1.8 billion to $1.6 billion. This will improve the quality of retirement, survivor, and Medicare claims it processes each year, as well as ‌disability‌ ‌and‌ ‌SSI‌ ‌claims.

Among the things that the money would fund are field offices, teleservice centers for retirees, and state disability determination services, as well as: