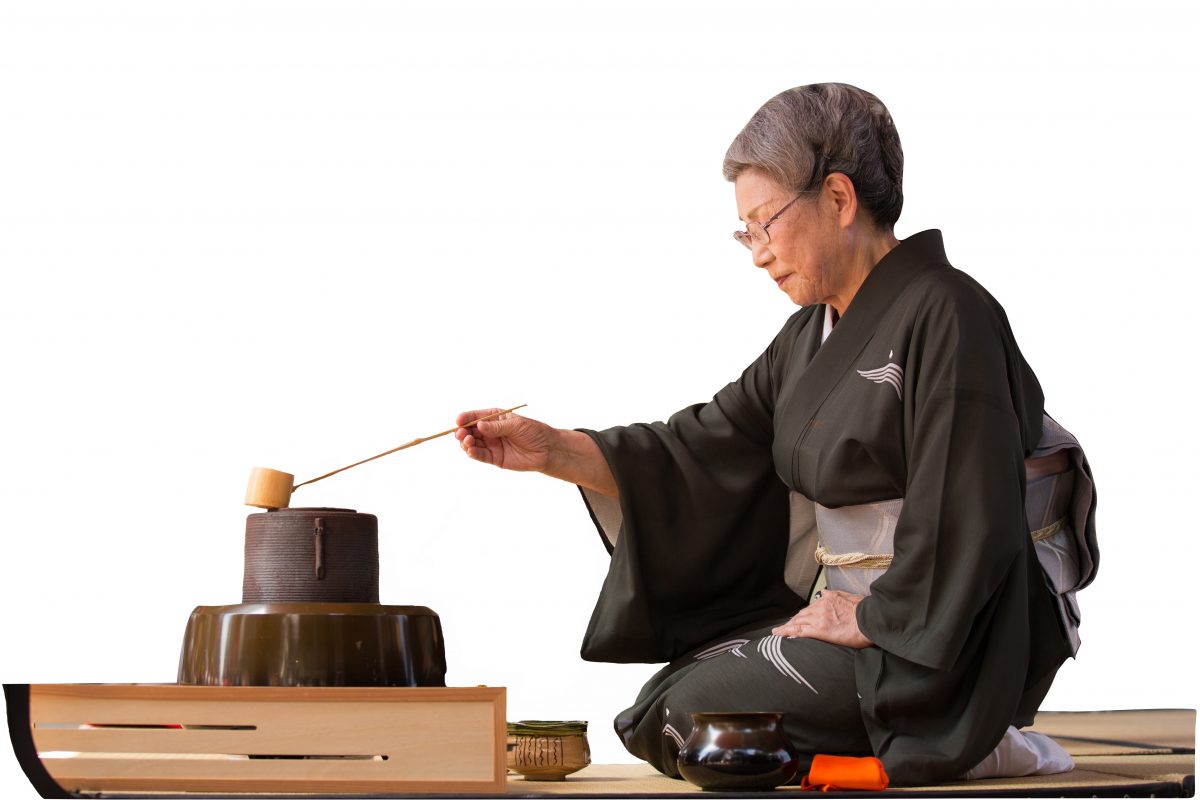 NEW YORK—Who can turn the most cacophonous area of New York to nearly complete silence?

Wei Jane Chir, the producer and artistic director of last month’s Taste Asia event in Times Square, managed to turn the volume all the way down and then all the way up with 10 hours of creative cultural programming that included a mesmerizingly unhurried Japanese tea ceremony and thunderous taiko performances.

For this new venture, Chir wanted to go beyond Chinese cuisine, and even food itself, using dining instead as a launch point for New Yorkers to explore some rich and interconnected Asian cultural customs.

“Now we really wanted to open it up to more of Asia,” Chir said. “Japan, Korea, and Taiwan adapted the tea ceremony from the Tang Dynasty and evolved it in their own ways, but the base and spirit is there.”

“I’ve lived in Berlin, Taipei, Paris, London, and there’s no city like New York City with so much energy, but we need a balance,” Chir said, reminiscing about the leisurely pace of London’s chess houses.

“New York City is too fast—we have a few tea houses but we’re not quite that good yet at enjoying meditation and quietness.”

Professor Masako Sohga Koike was invited to demonstrate chado, the Japanese way of tea. Sohga belongs to the Omotesenke, one of the three prominent hereditary schools of the tea ceremony. Those fluent in chado speak of the three “senke” as one would speak of lineages of holy men.

Three young people from the audience ascended the tatami-covered stage. With a little instruction, they sat seiza-style, as one does on tatami—kneeling back with their heels turned out—and bowed as each cup of tea was offered.

This was no Starbucks assembly line.

From first to last, the three were served tea individually. As each person finished the tea the next person would be served. By the time the third guest, a young man, sipped his tea, at least 10 minutes had passed in a sort of rapture, all the more so because no one—including those in the crowd filming with their iPads—had ever felt Times Square so quiet.

Chado is an exercise in savoring silences. Collective attention was fixed on Sohga’s every assured motion: the drawing of water, the measured whisking of matcha, the ritual cleansing of each bowl and implement.

Before tea became a ubiquitous drink brewed from loose leaves, it was made from stone-ground tea leaves and whisked with water into a frothy mixture. We now associate matcha with Japan, but it has its origins in pre-Tang Dynasty China, and was tightly associated with the Buddhist school that became Japan’s Zen Buddhism. Eventually, the Chinese favored loose leaf tea over matcha, but the drink took off with their island neighbors.

As night descended and the LED billboards smothered the darkness, and Taste Asia took on a heartier flavor.

Brooklyn-based Taiko Masala, led by Master Hiro Kurashima channeled the rollicking energy of the city, ratcheting up in tempo as their breathless drum-and-flute performance progressed. Taiko Masala’s instruments are all handmade by the ensemble and range from small handheld drums to towering barrel drums hollowed from the trunk of an oak. A clear-throated flute provided melody and a counterpoint to the bass.

All across East Asia, drumming was originally used to announce war, communicate on the battlefield, and keep up morale. Of course, it has been adapted to civilian life, and is used to mark joyous events during festivals and other gatherings.

As the ensemble beat thunder from their drumsticks, Soba Man Shuichi Kotani was flinging out fresh noodles at a nearby cooking station. This seemingly incongruous pairing of the dramatic and the mundane was Chir’s brainchild, and was a hard sell at first.

“When I went to Hiro-san with the idea at first he was skeptical,” Chir said. “He thought, ‘I’m an artist; what does it have to do with making noodles?'”

Indeed, drumming for soba is not some age-old ritual. There is no obvious connection between making music and making noodles, but Chir was sure it’d work. Kurashima agreed, and was glad he did—the rhythmic physicality inherent in taiko and soba making were perfect in conjunction.