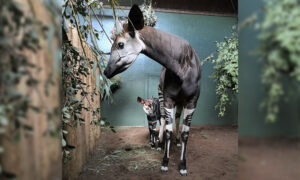 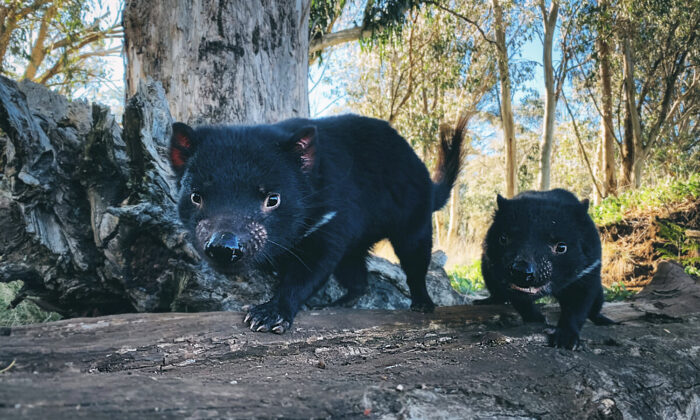 Eleven Tasmanian devils have been reintroduced to Australia’s mainland 3,000 years after dying out there.

The creatures were released on Sept. 11 at a 988-acre wildlife sanctuary in Barrington Tops, just north of Sydney, New South Wales, reported BBC.

The carnivorous marsupials, classified as endangered, were reintroduced to the mainland by Australian NGO Aussie Ark—who’ve been working to conserve the species for the last 10 years.

Hollywood actors Chris Hemsworth, a native Australian, and Elsa Pataky were also on hand to help Aussie Ark with the release.

“In 100 years, we are going to be looking back at this day as the day that set in motion the ecological restoration of an entire country,” said Tim Faulkner, president of Aussie Ark, reported CNN.

Tasmanian devils died out on the mainland after the arrival of dingoes, a species of wild dog. Thereafter, they could only be found on Tasmania, an island off the south coast of Australia. Their numbers fell further following the spread of a contagious cancer in the 1990s, leaving an estimated 25,000 animals, according to National Geographic.

The marsupials are no bigger than a lapdog and are thought to get their name from their high-pitch squeal. They are renowned for fighting over animal carcasses, which they grind up with the bone-crushing force of their jaws. They pose no threat to agriculture or humans, according to animal experts, reported BBC.

Faulkner adds, “Not only is this the reintroduction of one of Australia’s beloved animals, but of an animal that will engineer the entire environment around it, restoring and rebalancing our forest ecology after centuries of devastation from introduced foxes and cats and other invasive predators.”

Tasmanian devils are native apex predators and are the world’s largest carnivorous marsupials. Their reintroduction will help control populations of foxes and feral cats that hunt other endangered species. The devils, being scavengers, will also help to keep their environment free from disease.

Aussie Ark has an active breeding program, which has grown from 44 in 2011 to more than 200 today. In an earlier trial, they released 15 devils, meaning that the numbers on the mainland now total 26. The program uses methods that foster natural behavior in the creatures, giving them a better chance of survival in the wild.

Two more releases, each of 20 devils, are planned over the next two years. Each animal released will be tagged and tracked for research and scientific purposes.

“Without Aussie Ark’s incredible work and perseverance over all of these years, the recent devil reintroduction would not have been possible and instead of looking forward to the recovery of the species, we would be watching the devil slip into extinction,” said Don Church, president of the Global Wildlife Conservation charity, reported CNN.

During the tragic bushfires of 2019–2020, an estimated 3 billion animals were killed. Faulkner, who hailed the project as a “ray of hope,” added, “This is our response to that threat of despair: come what may, ultimately we will not be deterred in our efforts to put an end to extinction and to rewild Australia.”

More can be found about Aussie Ark, and their work, on their website.