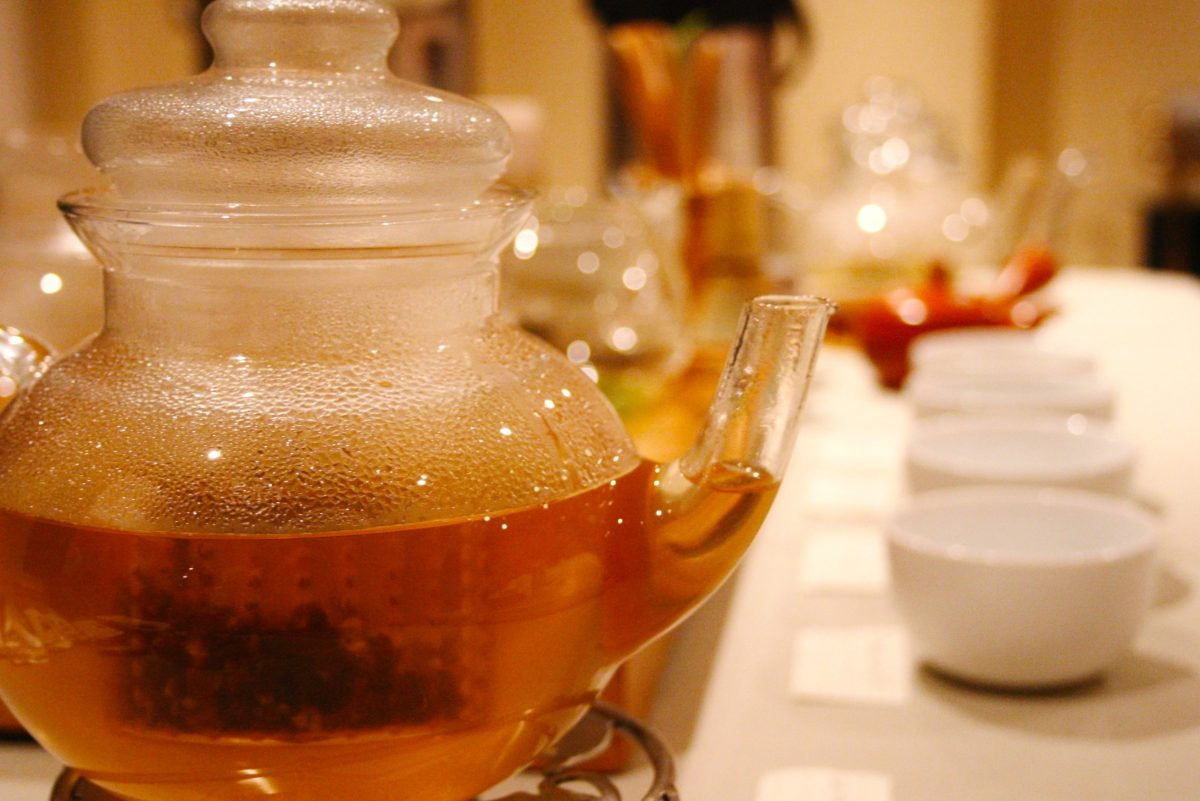 A wide variety of teas will be lined up and ready for tea tasters at this year’s Ottawa Tea Festival Dec. 6 – 7, 2014, at Library and Archives Canada. (Courtesy of Kimicha Teas)
Arts & Culture

‘Take a Moment’ for Tea at the Ottawa Tea Festival

Steam rises from a cup of tea
And we are wrapped in history,
Inhaling ancient times and lands,
Comfort of ages in our hands.
— Faith Greenbowl

It’s time again for a festival that is in a class by itself—the Ottawa Tea Festival, Dec. 6 – 7 at Library and Archives Canada. The popular festival is part tea tasting, part education about the uses and benefits of tea, cultural entertainment, workshops, tea culture, and of course the opportunity to buy some unique teas and teaware.

This year the festival runs over two days and the workshops and cultural performances are in different rooms from the vendor hall to minimize distractions as events are presented.

“It’s to make it less crowded because we sometimes had five rows of people standing at a booth and it kind of doesn’t fit with the philosophy of tea and taking a moment,” explains festival organizer Kimiko Uriu.

“I’m hoping by having it spread over two days that people can actually talk calmly to each person, ask what they want to ask, and taste, and that it’s very relaxed.”

Performers include dancers from India, Indonesia, Bosnia-Herzegovina, and Thailand. There will be taiko drumming with a shamisen player, a gamelon ensemble, and a salsa dance performance that attendees can participate in.

The Japanese Tea Ceremony will be demonstrated twice as it has been so popular at previous tea festivals. This year it will be presented in the round so all attendees can see this ancient matcha tea preparation ritual.

Workshops include two ikebana presentations, where visitors can make and take home their own flower arrangement; Puerh tea basics; tasting teas from less known sources such as Hawaii; Ayurvedic tea and spice recommendations based on body type; information about the many benefits of tea; tea tastings; and the always popular tea and chocolate tasting.

Prior registration for workshops is required so the right amount of materials can be provided.

All of this is put together by Uriu—a tea sommelier, tea buyer, and tea vendor who has garnered awards for three of her teas—along with a team of others who cherish and consume teas.

This is the fourth year for the Ottawa Tea Festival, which is so much more than just tea. Uriu devised the model for the festival that includes the cultural, educational, and tea consumption and buying components, combined with a charitable aspect.

Each year the festival donates to a charity a portion of the income from specified activities such as a raffle with donated prizes and intake from the Japanese tea ceremonies.

At the free Children’s Tea Party, a new addition to the festival, there are activities for this year’s charity, Candlelighters. Visit www.candlelighters.net to learn about this local charity and its many programs that help children with cancer and their families.

Other cities such as Vancouver, Toronto, and Los Angeles have emulated Ottawa’s formula for their equally successful tea festivals, although the charitable donation remains unique to the Ottawa Tea Festival.

Visit www.ottawateafestival.com to see the full program and to buy tickets.