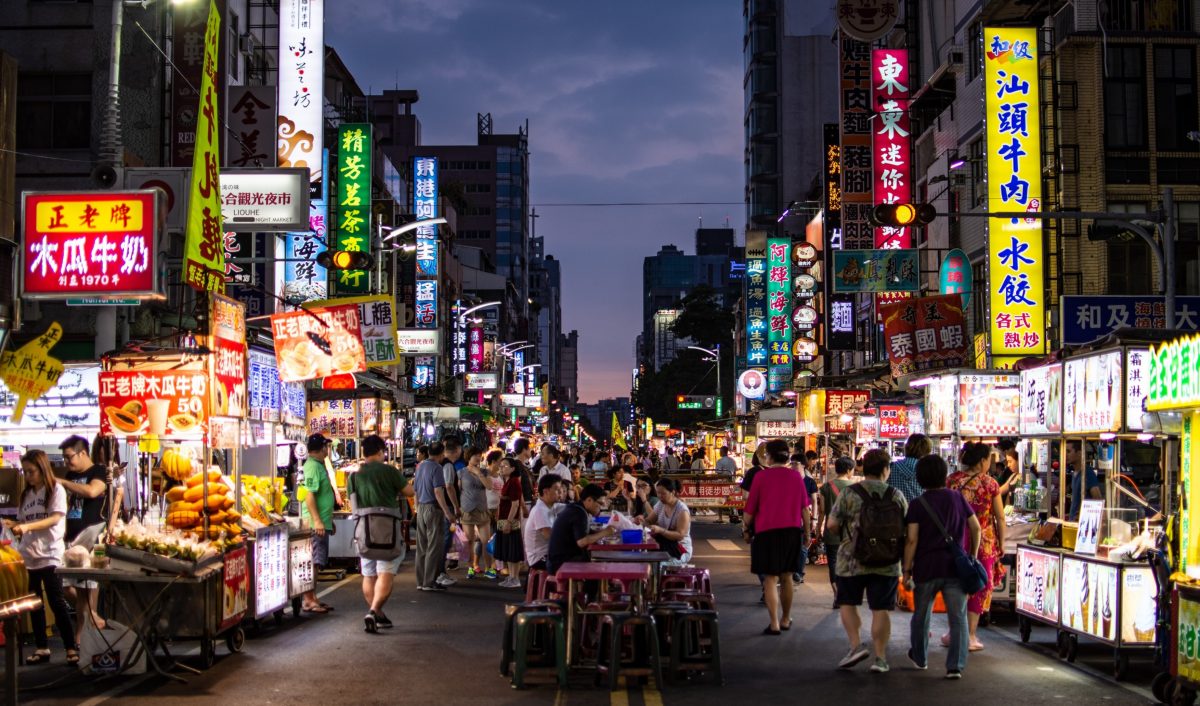 Many hidden gems of Taiwanese cuisine can be found in the island’s charming small towns and night markets. (Tony Yu)
Travel

The island nation of Taiwan may only be one-fourth the physical size of Florida, but it has an extraordinarily diverse cuisine that’s a combination of indigenous, Chinese, Japanese, and Western flavors and styles.

The island’s culinary traditions have been enriched, in turn, by the Dutch and the Japanese, who colonized the island for different periods of time; early Fujian, Hoklo, and Hakka immigrants from southern China; and a wave of new Chinese immigrants in the 1940s.

The Taiwanese people are known for taking pleasure in delicious food. Thus, culinary delights are aplenty, found in both Michelin-starred restaurants and the many unassuming street stalls that populate Taiwan’s beloved night markets. In fact, many hidden gems of Taiwanese cuisine can be found in the island’s charming small towns.

While no short list could possibly do justice to the breadth of Taiwan’s cuisine, here’s a small selection of unique Taiwanese offerings to whet your appetite.

Sea creatures abound in the waters surrounding Taiwan, from the warm Kuroshio current flowing along Taiwan’s eastern coast to the nutrient-rich continental shelf west of the island.

One of the best places to try Taiwan’s delicious seafood is the Keelung Night Market, in the northern port city of Keelung. You can also head to Keelung City’s fishing port, where local fishermen hawk their daily catches at Bisha Fish Market.

Further south, on the western coast of Taiwan, is Dongshih Township, the oyster capital of Taiwan. For any visitor to the island, a must-try street food is the oyster omelet, a savory dish studded with fresh, briny oysters and topped with a tangy sauce.

More delectable seafood can be found at Donggang Township, Pingtung County, at the southernmost part of the island. Donggang is one of Taiwan’s largest fishing harbors, and it’s famous for its bluefin tuna, which makes for delicious sashimi.

Donggang is also one of the only two fishing harbors in the world that have sakura shrimp, small pink prawns that resemble the color of Japanese cherry blossoms. Sakura shrimp contain much more calcium than ordinary shrimp, making them good for people with weak bones or children who need a calcium boost.

The Hakka people are the second-largest ethnic group in Taiwan. They emphasize texture in their cuisine, and they are known for naturally bringing out the flavor of meat and cooking it thoroughly without letting it become tough.

Traditionally, Hakka dishes tend to be salty, rich, and fragrant. In earlier eras, most Hakka people were farmers who toiled laboriously in the fields every day, so they made highly flavorful dishes to boost their appetites and replenish their bodies after their work.

A signature Hakka dish, for instance, is Hakka-style stir-fry, a savory mix that includes dried squid and fatty slices of pork belly, made aromatic with green onions, soy sauce, and rice wine. There’s also Hakka salty rice ball soup, made with soft and chewy rice balls filled with savory ground meat. You can easily find these delicious dishes in most Hakka villages in Taiwan.

Another famous specialty in Hakka towns is bantiao, thick white noodles made from rice flour—other noodles in Taiwan are typically made with wheat.

A classic Hakka beverage, meanwhile, is lei-cha, a nutrient-filled drink made with tea leaves, grains, dried fruits, and nuts and seeds. The ingredients are ground up, traditionally using a mortar and pestle, and mixed with hot water to brew into a thick, nourishing drink.

Taiwan has a subtropical climate and an extraordinarily diverse geography—a combination of mountains, plains, valleys, and basins. The land can thus grow a bountiful array of fruits and vegetables.

Any visitor to Taiwan will know that their most well-known dessert—and one of the most commonly purchased souvenirs—is pineapple cake, a traditional pastry filled with a rich pineapple jam.

Another popular fruit snack is shibing: traditional dried persimmons. Chewy and honey-sweet, they are shaped like disks and blanketed with a white powder, which is actually natural fruit sugar. High-quality dried persimmons have no additives.

Instead of using the modern way of drying persimmons—slowly baking them at low heat, which strips away many of their nutrients—traditional dried persimmons are laid out in the sun to dry for a week to 10 days. The white dusting of sugar on the outside forms naturally as the persimmon dries.

As is the case throughout much of Asia, soy—used to make tofu, soy sauce, and soy milk—is a staple in the Taiwanese diet.

One of the most polarizing Taiwanese dishes is stinky tofu, a fermented form of tofu notorious for its pungent odor, found at street markets across Taiwan. Depending on who you ask, the dish is either beloved or absolutely detested.

Another common soy-based food is dried tofu, or dried bean curd, which is much firmer than normal tofu. It’s made by pressing soy curds into condensed squares, and is a commonly used ingredient in stir-fry dishes.

Daxi District, Taoyuan City, is especially well-known for its dried tofu varieties, so much so that they host an annual Daxi Bean Curd Festival. The dried tofu at Daxi is darker, tougher, and more flavorful than the common products found elsewhere.

Many people may know that Taiwan is the birthplace of bubble tea—the popular tea-based drink filled with tapioca pearls with a chewy “Q” texture, as Taiwanese people like to call it.

But since long before the invention of this sugary drink, Taiwan has been producing some of the finest teas in the world, thanks to its unique geography and climate.

Tea plants are cultivated throughout the island, from flatlands to high mountain ranges. They’re made into a wide variety of high-quality teas, from light, minimally or non-oxidized green; to earthy, semi-oxidized oolong; to darker, fully oxidized or fermented black and pu-erh teas.

High mountain oolong teas, grown at altitudes of 1,000 meters and above, are some of the island’s most beloved.

Wenshan Baozhong tea is another well-known oolong. The tea’s name means “the wrapped kind,” because it was traditionally wrapped with rectangular Chinese writing paper into a square pack. A seal on the pack would indicate the name of the tea and its maker. To try some of this tea, head to Pinglin District in New Taipei City. The tea is harvested in the spring, which is when it can be enjoyed at its freshest.

For food lovers, a visit to Taiwan wouldn’t be complete without a multi-day food tour of Taipei, the island’s food-obsessed capital. The Taiwanese have elevated the idea of a midnight snack to a cultural phenomenon, so much so that food markets are home to some of the best nightlife on the island, brimming with vendors, tantalizing scents, and crowds of locals and tourists unable to decide what to try first.

Two Taipei-style street foods have even landed spots on the 2019 Michelin guide: black pepper buns, fresh, crusty buns with a layer of toasted sesame seeds on the outside and a juicy ground pork filling on the inside; and pork rib soup, a delicious, hearty broth made with more than a dozen nutritious, vitalizing herbs. 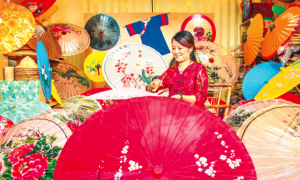 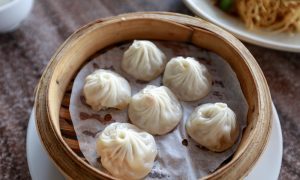 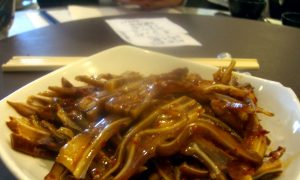 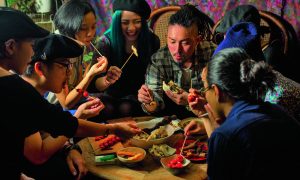