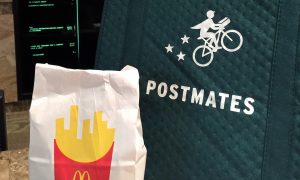 Taco Bell Is the Latest to Shed Its Unnatural, Neon Yellow Cheese

Taco Bell is the latest restaurant chain to swear off artificial coloring and flavors from its menu.

The company announced on Tuesday that it will get rid of artificial dyes like Yellow No. 6 in its nacho cheese sauce and Blue No. 1 in its avocado ranch sauce, according to The Associated Press.

As for artificial flavoring, the Mexican-style restaurant chain will use actual black pepper, for example, instead of “black pepper flavor” to season its beef.

McDonald’s Has a New Strategy: Make Its Food Taste Good

Taco Bell said it will phase out artificial flavors, artificial coloring, high-fructose corn syrup, and palm oil that is sourced unsustainably by the end of the year. It will also remove artificial preservatives “whenever possible” by the year 2017.

The company clarified that its fountain drinks and branded products like Doritos-flavored taco shells are to be exempt from the new requirement.

Taco Bell is the latest to catch up with its fast-food competitors like Panera Bread and Chipotle, which in recent months have banned artificial or genetically modified (GMO) ingredients from their menus. The shift toward natural, more wholesome ingredients reflects consumer preferences for healthier food options.

For example, a 2014 Nielsen global survey on snacking trends found that among a variety of health attributes, people were most concerned with their snacks having all-natural ingredients, having no artificial colors, and being GMO-free. Other traits like having low sodium or low sugar content ranked lower on people’s priorities.

Along with Taco Bell, Pizza Hut also said it will remove artificial colors and preservatives from its pizza by the end of July. Both chains are owned by the same parent company, Yum! Brands.

As traditional fast-food chains see more of their customers turn to “fast-casual” restaurants like Chipotle, they will likely continue making changes to their menus to adapt to people’s tastes.