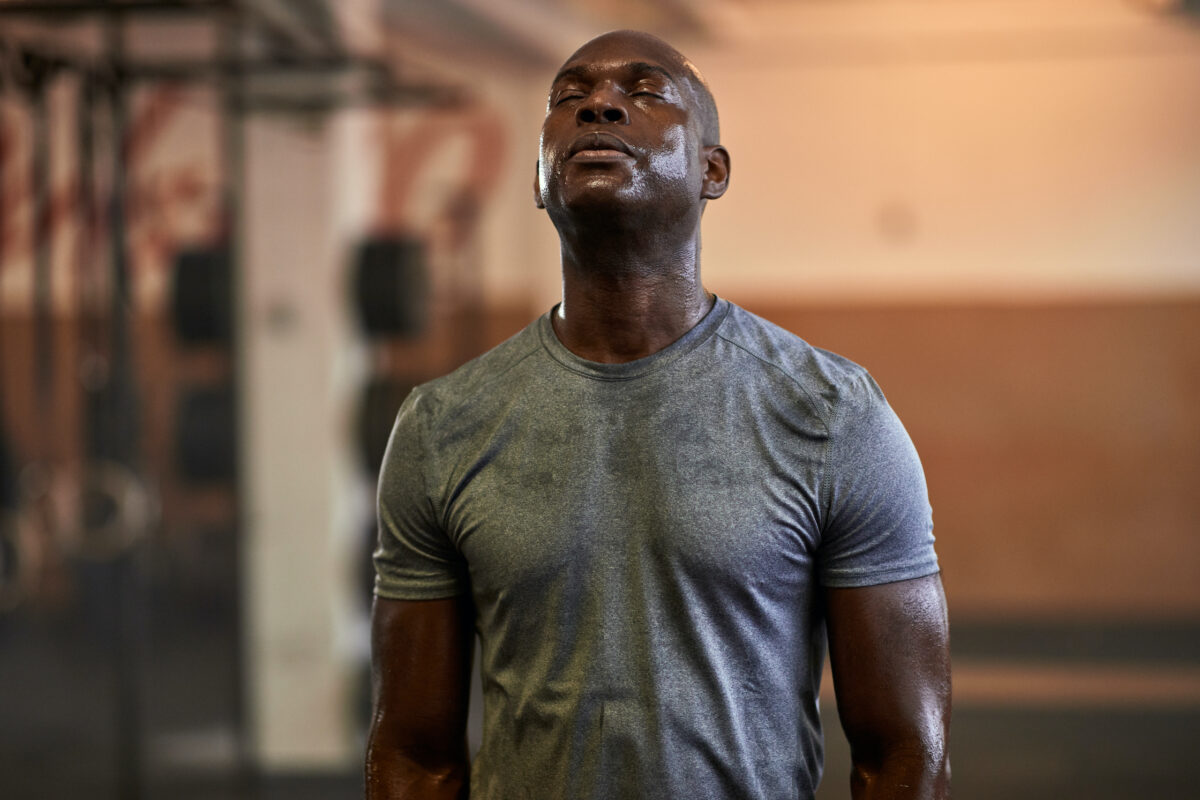 Sweating is more effective than urination when it comes to getting certain toxins out of the body.(Flamingo Images/Shutterstock)
Fitness

Sweat is the most effective way to excrete some of the most common toxins we encounter
BY GreenMedInfo TIMEFebruary 24, 2022 PRINT

Your body has a natural, powerful, built-in system for detoxification that doesn’t require trendy juice cleanses or expensive protocols. All you have to do is sweat.

Doctors, health experts, and fitness gurus tell us that we should break a sweat every day—and for good reason. While sweating has a host of benefits simply because it’s a result of health-boosting exercise, the act of sweating itself also heals the body. Whether you’re sitting in a sauna, walking on a warm day, or working out, sweating is a necessary bodily function with powerful healing effects.

Specifically, more studies are emerging lauding the detoxifying effects of sweat. By clearing out a range of toxins, from persistent organic pollutants (POPs) to heavy metals, sweat plays an essential role in your body’s natural detox function. Sweat will help your body push out toxins, but it will also include minerals your body needs. Let’s look at some of the toxins and minerals that are cleared from your body when you sweat:

This category includes solvents, fumigants, and insecticides. A clinical study with 20 participants found that sweat samples contained a range of toxins, including pesticides DDT/DDE, endosulfan, methoxychlor, and endrin. In fact, nearly all parent compounds of pesticides were found in the samples studied, which shows that sweating is an effective way of diminishing your body’s toxic burden.

Additionally, the sweat sample contained some pesticides—including DDT, methoxychlor, and endrin—that were not present in the blood or urine samples collected from the same participant, suggesting that some pesticides are only mobilized and excreted through sweating.

Phthalate, found in plastic products, is another toxic chemical that is removed through sweat. In one study, researchers evaluated blood, sweat, and urine samples from 20 individuals, and discovered that all subjects had mono (2-ethylhexyl) phthalate (MEHP), a common phthalate, in each of the samples. The concentrations of this compound in sweat were more than twice as high as urine levels, showing that sweating may be the most effective way of ridding your body of this endocrine-disrupting compound.

One study with 20 patients reported that when compared to urine, sweat contained about 24 times more cadmium, 19 times more nickel, 16 times more lead, and almost three times more aluminum. Overall, sweat proved more effective than urine at removing 14 out of the 18 heavy metals studied. It also contained larger quantities of 16 out of the 18 metals than the blood samples did.

Of all the metals, aluminum (a toxin) was found at the highest concentrations in sweat, with zinc, copper, and nickel also occurring at relatively high amounts in the studied samples.

Researchers examined the blood, urine, and sweat of 20 participants for BPA, an endocrine-disrupting toxin found in canned foods and plastic water bottles, among other things. Of the 20 sweat samples collected, 16 contained BPA, while only 14 urine and 2 blood samples tested positive for the toxin.

Not only does this reveal that sweat is the most effective way of removing BPA build-up in the body, it also shows that testing blood or urine for toxicity levels may not present the whole picture.

When it comes time to break a sweat, there are a host of activities you can choose from. The majority of exercises and sports will get you sweaty: running/brisk walking, swimming, Bikram yoga, tennis, basketball—the list goes on. A low-impact option is spending time in a sauna. When comparing an infrared sauna to a steam sauna, researchers found that the sweat from the infrared sauna contained more bismuth, cadmium, chromium, mercury, and uranium. The steam sauna caused higher levels of arsenic, aluminum, cobalt, copper, manganese, nickel, lead, tin, thallium, and zinc to be excreted.

It’s important to note that hydration is essential in maximizing the health benefits listed above. Sweating has powerful effects on your health, but not drinking enough water during and after sweating will lead to a host of separate health problems. An easy rehydration guideline to follow is to weigh yourself directly before and after sweating: The weight lost is the amount of water you should drink after to rehydrate yourself. For reference, one pound of water is slightly less than 18 fluid ounces (.5 liters).

Next time you feel yourself tempted to stay on the couch instead of going for a run, or opt to stay in the air conditioning instead of spending time in a sauna, think of all the “sweaty” benefits that you’re not getting. Breaking a sweat might seem like a pain, but it’s worth it to keep your internal detox systems healthy and well-functioning.

Dr. Deanna Minich is a wellness and lifestyle medicine expert who integrates ancient healing traditions with modern science. Her unique “whole self” approach to nutrition looks at physiology, psychology, eating, and living within what she calls the “7 Systems of Health.” Founder of Food & Spirit, she also leads online detox programs. Her latest book is Whole Detox: A 21-Day Personalized Program to Break Through Barriers in Every Area of Your Life (HarperCollins, 2016). This article was first published on GreenMedInfo.com