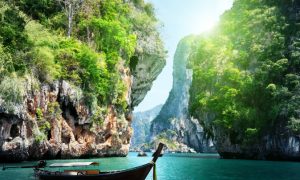 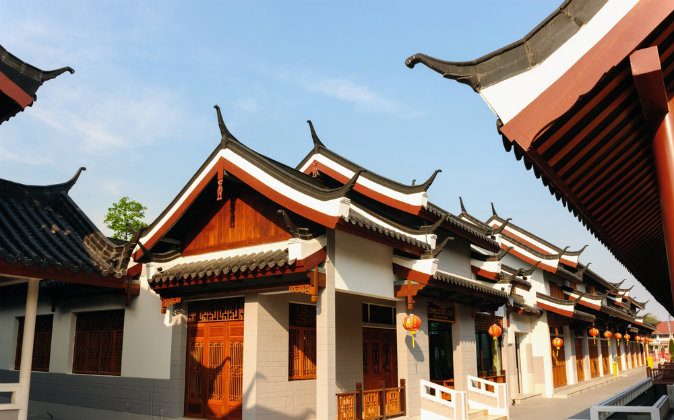 Suphan Buri province, located in central Thailand, is often over-looked by travelers in their mad dash North to Chiang Mai or South to the islands.  Wild Bangkok, historical Ayutthaya, war and tigers of Kanchanaburi and maybe monkey-mayhem  Lop Buri are the places that generally spring to mind when a traveler thinks about the central regions of Thailand.

Why not plan a visit to somewhere a bit different?  Break away from the masses and try somewhere new.  Suphan Buri is a delightful province filled with many attractions and is only about an hour’s drive from Bangkok.

Suphan Buri is famous for its basketry.  Baskets made from bamboo and rattan are skillfully made with intricate patterns.  Other well-known locally produced goods include a chiffon soft cake called Sali Suphan, water chestnuts, sun-dried fish and sun-dried meats,

For temple lovers, a visit to Wat Phra Rup is a must.  It is home to a reclining Buddha believed by many to have the most beautiful face in Thailand.  Of course, this is subjective, but it really is noticeably different to many other Buddha images around the country.  You can also see a unique carved wooden Buddha footprint, the only such one in the country.  Wat Pratu San and Wat No Phutthangkun contain some very attractive murals.  With scores of other interesting temples and a handful of museums, there is certainly enough to keep history enthusiasts entertained.

Old Sam Chuk Market sits on the banks of the Tha-Chin River and its wooden buildings are still in their original form from over 100 years ago.  Here you can buy almost anything, from food to clothes, household goods to souvenirs, novelty items to electrical goods.  It has been compared to a smaller and more peaceful version of Bangkok’s crazy Chatuchak market.  It really is quite quaint and the food is delicious!!  Another great thing is that the prices are nowhere near as steep as at the Bangkok markets.

For nature lovers, Bueng Chawak is an enormous freshwater lake which is home to a diverse range of flora and fauna.  Alongside the lake there is a zoo, an aquarium and a vegetable garden.  There are nearby tree houses alongside the lake for a brief stay, where people can relax in a natural setting.  A giant python can often be seen slithering around the zoo grounds.  Bueng Raha offers another relaxing lakeside spot with many fine eating establishments lining the water’s edge.

Other places of natural interest in the region include an orchid nursery, fish farms, waterfalls, national parks, walking trails and buffalo villages.  The buffalo villages are particularly interesting, as you learn about the creatures’ role in Thai farming and history.  I managed to time my visit to include a buffalo show, which could best be described as different!

*Image of basketry in thailand via Shutterstock