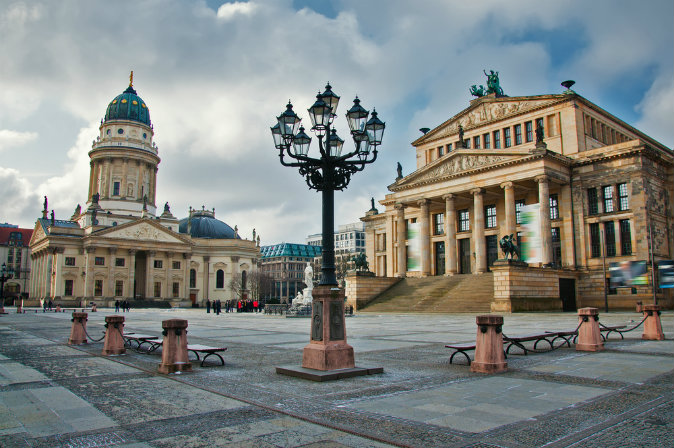 People visit Berlin for the history of the Berlin Wall, to stand in front of the historic Brandenburg Gate and walk down the Unter den Linden, and for its constantly evolving gallery and clubbing scene. So much has been written on these attributes that there is little to add. But beyond these well-know attractions lies a surprising number of reasons to visit Berlin that few talk about, including the following:

Many places I visit are fairly one-dimensional where food is concerned. But Berlin, being home to immigrants from all over the world, has embraced multi-cultural cuisine to a degree I’ve rarely seen. The city has 4,650 restaurants and more doner kebab shops than Istanbul! Within a five block radius of my apartment in the neighborhood of Kreuzberg I found Thai, Chinese, Italian, Greek, Korean, Croatian, Vietnamese, Japanese, Vegetarian, French, and Turkish restaurants, plus a soup bar, a salad bar, a delicatessen, and numerous coffee shops. And of course, you can’t forget traditional German food, especially the pretzels, sausage sandwiches, and currywurst sold at kiosks all around the city.

Most everyone has heard about the impressive museums located at the tip of Berlin’s Museum Island in the historic center of the city. What is lesser known is that Berlin is home to 175 museums scattered across the metropolitan area. From the stunning Charlottenburg Palace, with its jaw-dropping Porcelain Cabinet room and manicured gardens, to specialty museums that focus on wide-ranging subjects including photography, Asian art, computer games, gay culture, terror, natural history, the Kennedys, and a group of museums clustered under the name Kulturforum that are known for special exhibitions such as the current Ghent Altarpiece display, there is something for everyone.

*Image of Gendarmenmarkt square in Berlin via Shutterstock