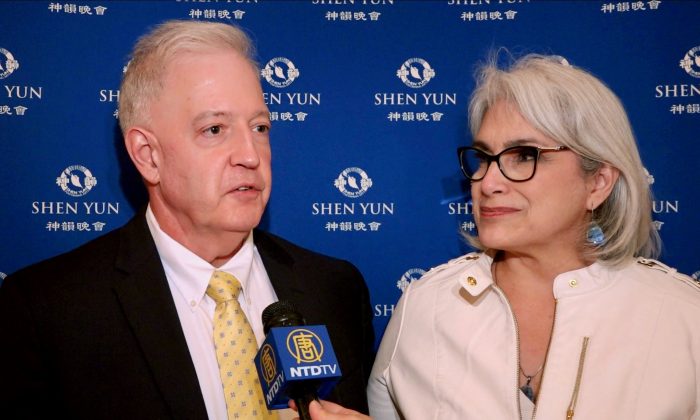 “It’s great. … We’ve been wanting to go for years. It’s been a dream of my wife’s for many, many years. And so excited we were able to finally get tickets. It’s everything we were told it would be.”

“The artistry of the whole thing. Each time you thought they were finished showing what they can do, the next scene showed even more, and even more, and it never stopped. Each one built on the other one. And they were all good in their own way.”

“The stuff that the men were doing, the sword fighting. The dancing and the martial arts are very similar. There’s a lot of similarities. I’d like all those things.”

“Absolutely fantastic. Well worth the time, worth the money. I would recommend it to everyone. And I know some people at work who wanted to come but couldn’t get tickets, they’re very disappointed.”