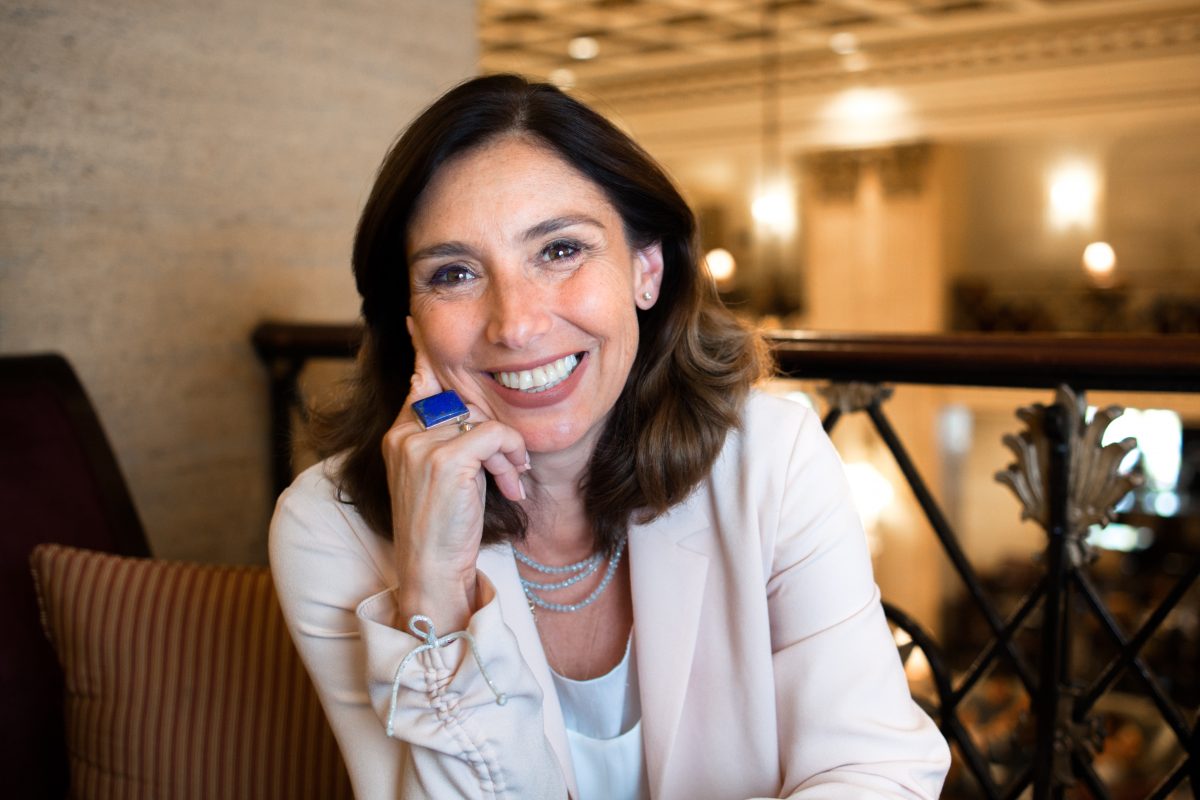 NEW YORK—Elegant and soft-spoken, Nino Sukhishvili’s beautiful face was glowing as she described the Sukhishvili Georgian National Ballet, during a two-day visit to New York. The world-renowned dance company will perform again in the city on Oct. 4 at Avery Fisher Hall in Lincoln Center, as well as in Philadelphia, Baltimore, and Washington—celebrating its 70th anniversary.

Her grandparents, Iliko Sukhishvili and Nino Ramishvili founded the company in 1945 just at the end of World War II, and when Georgia was ruled by the red terror of Stalin’s Soviet Union.

“You have to love it more than yourself, and then it will work,” Sukhishvili said, recalling her grandmother’s advice.

At the crossroads of Asia and Europe, from the slopes of the Caucasus Mountains, Georgia extends west to the Black Sea, sandwiched between Turkey and Russia. Despite being subjected to Persian, Arab, Turkish, Mongol, and Russian domination over centuries, Georgia has protected its ancient and rich cultural heritage up to today.

“I don’t know any other country in the world where folk dance is so popular as it is in my country,”  Sukhishvili said noting the wide influence her company has had on Georgians of all ages in the past 70 years.

“It is very important for us because our dance company is a treasure for the country,” Sukhishvili said.

Mostly based on traditional Georgian folk dance, the choreography combines classical ballet and modern dance elements, introducing incremental changes over time, which Sukhishvili attributes to part of their success.

“It’s more rapid now, the movements are more difficult and complicated, and the skill-level of the technique is very high,” Sukhishvili said.

For the past 70 years, the dance troupe of more than 50 dancers has toured around the world over 300 times, performing in 100 countries in top venues for more than 60 million people.

The dancers create and transform harmonious patterns on stage, spiraling with a kind of symmetry and timing reminiscent of how you could imagine the formation of stars and galaxies. They gallop, jump, spin, and spar each other with swords and daggers, full of mesmerizing energy to mostly percussive, folk music played by an ensemble of about 15 musicians on stage.

The male dancers are incredibly strong and masculine, so much so that they even jump onto and spin on their knees and scurry on their toes wearing very thin, soft leather boots—a unique attribute of Georgian dance. The female dancers also have incredible endurance, but their demeanor shows a dignified femininity. They glide on the stage, sailing in tempo, while gracefully gesturing with their arms and hands, as if weaving a tale.

“All of Georgian history is reflected in the dances,” Sukhishvili said. “You can imagine what kind of people have lived in Georgia, what kind of country it is, how ancient it is. You can feel it,” she added.

Although Georgia is a small country, its various regions have distinct characteristics—the mountain dance, the shepherd’s dance, the hunter’s dance, the seashore dance, and the urban dance—are all different.

Watching their repertoire transports audiences to each region. The company’s worldwide success indicates how it doesn’t only appeal to Georgians. It seems to be filling a universal need for the joy of a rich tradition that the dances communicate.

Sukhishvili recalled meeting a couple back stage after a performance at the Chicago Opera House in 2007. They showed her a program from 1960 that both of her grandparents had autographed. She said they told her, “When we heard that you were coming, we thought, is it the same company that we couldn’t forget?”

Sukhishvily has met people who have seen the Sukhishvili Georgian National Ballet perform 20, 30, and even over 40 times. “So its not only me who can watch our show for endless hours,” Sukhishvili said smiling.

She and her brother watch every performance standing in the wings of theater stages, supporting the dancers and looking for what can be changed or improved. Although the dances are predominantly based on Georgian folk dance and folk dance is communal, the style of the national company derives from its founders.

Sukhishvili’s described her grandmother, a classical ballet dancer, as elegant and charming, and her folk dancer grandfather as humorous yet sophisticated. They met in the 1920s becoming partners on stage and in life. Together they decided to fulfill a dream of establishing a unique Georgian national dance company that would combine diverse folk dance traditions with their own artistry.

They had false starts in the ’30s trying to find a way through difficult times, living under a communist totalitarian regime. “At that time there were not many Georgian dancers, so my grandparents would find people on the street and actually try to teach them how to dance,” Sukhishvili said.

The couple emphasized folk dance as the basis of the company, avoiding any “bourgeois tendencies,” and at that time they strategically called the company, “The Georgian State Folk Dance Company.” The Soviet Union allowed the company to perform and it was even the first to travel abroad on tour.

“The period of Stalin was just an awful time for the country. Georgians have always tried to fight for independence … to keep their soul, protect their language, culture, and land, which was very hard back then,” Sukhishvili said.

A lot of very good energy comes from the dancers to the audience and the audience feels it. You just have to see it to experience it.
— Nino Sukhishvili, executive producer,  Sukhishvili Georgian National Ballet

Sukhishvili’s grandparents were close friends of George Balanchine from the time when Balanchine was living in the Soviet Union.

Balanchine asked Iliko Sukhishvili to go with him to the United States. Sukhishvili recounted what her grandfather told Balanchine that he could only create a Georgian dance company in his country.

When the Sukhishvili company performed in the United States in 1959 and the couple met Balanchine again after so many years, Balanchine told the couple that they did the right thing because they had created a unique and great dance company, Sukhishvili recounted smiling. Then Balanchine had told her grandparents, “But I also did my best creating the New York City Ballet.”

Later the Sukhishvili Georgian National Ballet would perform at George Balanchine’s centennial anniversary in New York City in 2004. The last time it performed in New York was five years ago, now it is back to tell its story in a way that cannot be described in words.

“A lot of very good energy comes from the dancers to the audience and the audience feels it. You just have to see it to experience it,” Sukhishvili said glowing.