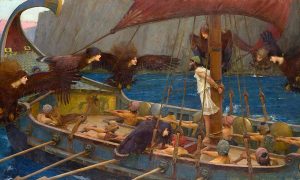 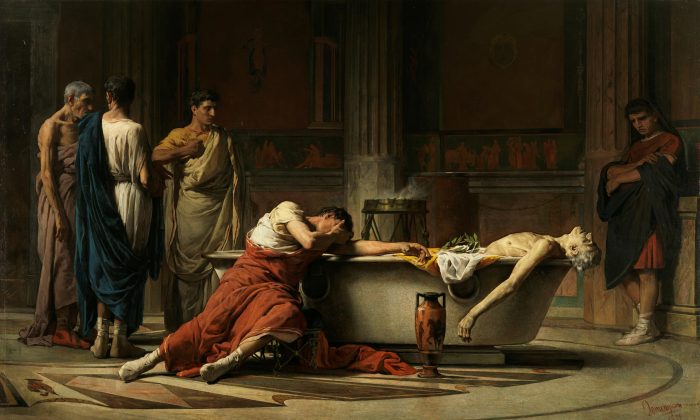 We all deal with hardship. Irrespective of race, class, or gender, we all suffer. Suffering is a fact of life. It is inevitable. How can we approach suffering with poise and grace? How can we use it to better understand ourselves? The stoicism of the Roman philosopher and statesman Seneca may provide some insight.

Seneca, born around the start of the first century, trained at a young age in rhetoric, literature, and stoic philosophy. Stoicism is a philosophy that focuses on virtuous behavior, control of the emotions, and the rational use of the mind.

Seneca’s stoicism is grounded in the thought that destructive emotions such as anger and grief should be moderated and removed, that wealth should be used in accordance with virtue, that friendship and kindness are significant, and that hardship should be gracefully accepted instead of avoided. Seneca attempted to live according to these stoic principles whenever he faced hardship.

Hardship provides an opportunity for the practice of virtue and self-mastery. Seneca states:

We should every night call ourselves to an account; What infirmity have I mastered today? What passions opposed? What temptation resisted? What virtue acquired? Our vices will abort of themselves if they be brought every day to the shrift.

In his early career, Seneca was elected as a public official in Rome and granted a seat in the Roman Senate. His success in the Senate due to his oratorical ability, however, eventually made the emperor Caligula jealous, and he ordered Seneca to commit suicide.

Within four years, around A.D. 41, Claudius became emperor, and Seneca was still alive. But Claudius’s third wife, Messalina, accused Seneca of adultery for political purposes, and he was sentenced to exile on the island of Corsica.

Seneca remained in exile for eight years until Claudius married his own niece Agrippina, who was able to use her influence to have Seneca returned to Rome.

In Rome, Seneca was appointed tutor to Agrippina’s son, Nero. Initially, Nero was greatly influenced by Seneca. The first five years of Nero’s rule as emperor were considered successful because of Seneca’s stoic influence. After that, Nero began to distance himself from his mentor.

In A.D. 59, Nero demanded that his own mother be executed, and Seneca was forced to write a letter justifying the execution to the Senate.

Seneca was accused of other crimes but always adhered to his stoic principles.

Exhausted, Seneca tried twice to retire from his position, but Nero denied his requests both times. At this point, Seneca began to stay away from the Senate and instead studied and lived a quiet life. It is during this time that he created one of his greatest philosophical texts, “Moral Letters to Lucilius,” as a rational pursuit of moral perfection.

Nero, however, accused Seneca of being involved in the Pisonian Conspiracy, a conspiracy to assassinate the emperor. While historians doubt that Seneca was involved, Nero sentenced him to death by suicide.

Seneca calmly accepted this sentence and followed the Roman tradition to accept the order to commit suicide. He cut himself, but because he bled slowly, he also took poison and was put into a warm bath to speed up the process.

Seneca endured many hardships throughout his life. He defended himself and his honor when necessary, but he always did so according to his understanding of stoic principles. No matter what, he tried to see life from a moral perspective and behave accordingly.

Manuel Domínguez Sánchez, a 19th-century Spanish painter, depicted the moment of Seneca’s death in his painting “The Suicide of Seneca.” Sánchez shows Seneca lifeless in the bathtub, with figures surrounding him.

The composition is like the horizontal, classical frieze on the wall behind the figures. One figure leans against the column on the right side of the picture plane, looks at Seneca’s lifeless body, and prevents our eyes from leaving the picture plane. A figure on the far left does the same.

Sánchez lets us know that Seneca is the most important figure in this painting. Another figure, closer to the tub and with his fist to his chest, also looks directly at Seneca. The outstretched arm of the figure on the tub nearly points at Seneca. He seems to beg us to not look away so that we may be affected by Seneca’s stoic sacrifice.

There is only so much that some of us can endure, however, and one of Seneca’s friends weeps at the tub.

Seneca’s stoicism had a deep influence on the culture of later generations. His thoughts even later helped influence the Italian Renaissance and the return of classical and moral content in French and Spanish art. This painting is an example of his influence. It won first prize at the National Exhibition of Fine Arts in 1871 and embodied the return of classical and moral themes to Spanish history painting.

Seneca endured tremendous suffering: He was exiled by one emperor and condemned to death by two. Fellow senators attempted to defame his character. And he dealt with physical illness so often that his colleagues often thought he was at death’s door.

Despite all of this, Seneca wanted to be a good person, and stoicism was his way of accomplishing that.

His stoicism influenced others as well. It started Nero’s rule off on the right track, but when Nero discarded stoic principles, he let his emotions and desires determine his actions. Seneca’s death is symbolic for the death of the stoicism that had successfully guided Nero, with the result in pain and suffering for Rome.

How might stoicism help us take responsibility for and endure our own sufferings so that we do not let our emotions determine our actions and cause pain and suffering for ourselves and others? As a simple example, how often do we let a bad day at work affect not only ourselves but also our coworkers and families?

Handling hardship with grace and poise may be as simple as accepting hardship as it comes and reflecting on ourselves while we’re experiencing it. In stoic fashion, it may be more helpful to check our emotions, resist temptation, and align with our understanding of virtue, as Seneca did.

At the very least, when we endure hardship and deepen our understanding of what it means to suffer, we may come to better understand the suffering of others and lead with compassion instead of unnecessary negativity.