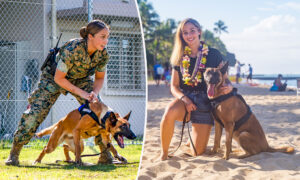 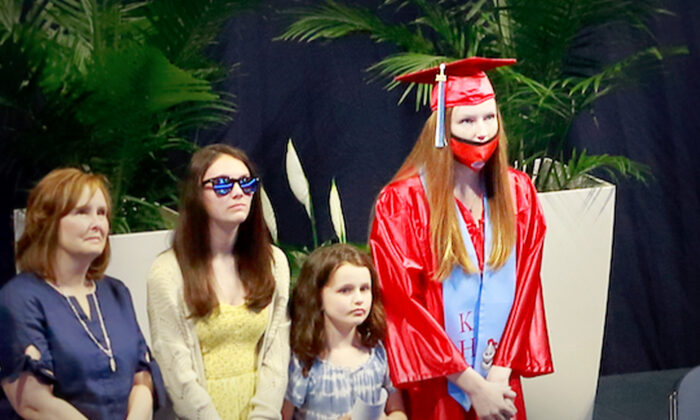 A high school graduation ceremony was made even more memorable for an Ohio student when someone unexpected showed up for her big moment.

At first, Grace Macke didn’t have high hopes that her dad, Air Force master sergeant Drew Macke, who was deployed in the Middle East, would make it home for her big day.

The ceremony took place on May 16 at Cincinnati’s Xaviers Cintas Center.

Little did she know, sergeant Macke had made a secret return and was planning a big surprise for her.

During the ceremony, the Kings High School MC played along with the ruse.

“Her dad deployed early in the school year and she has not seen him since,” the MC began. “There was hope that he would be able to return for graduation, but it did not work out.”

He announced that sergeant Macke would appear on the arena’s video board to offer a message of congratulations to his daughter.

Then, when the video appeared to malfunction, the MC declared they had no other option but to welcome sergeant Macke onto the stage, in person, to congratulate his daughter—which he did.

They embraced at length in a tearful reunion, which was captured on video and later posted on the school’s social media.

The rest of the family then joined in to welcome home the father and husband.

“We wanted to make this special event happen for Grace,” the MC added. “It’s an amazing effort that Mr. Macke made, and once again let’s thank him for his service to our country.”