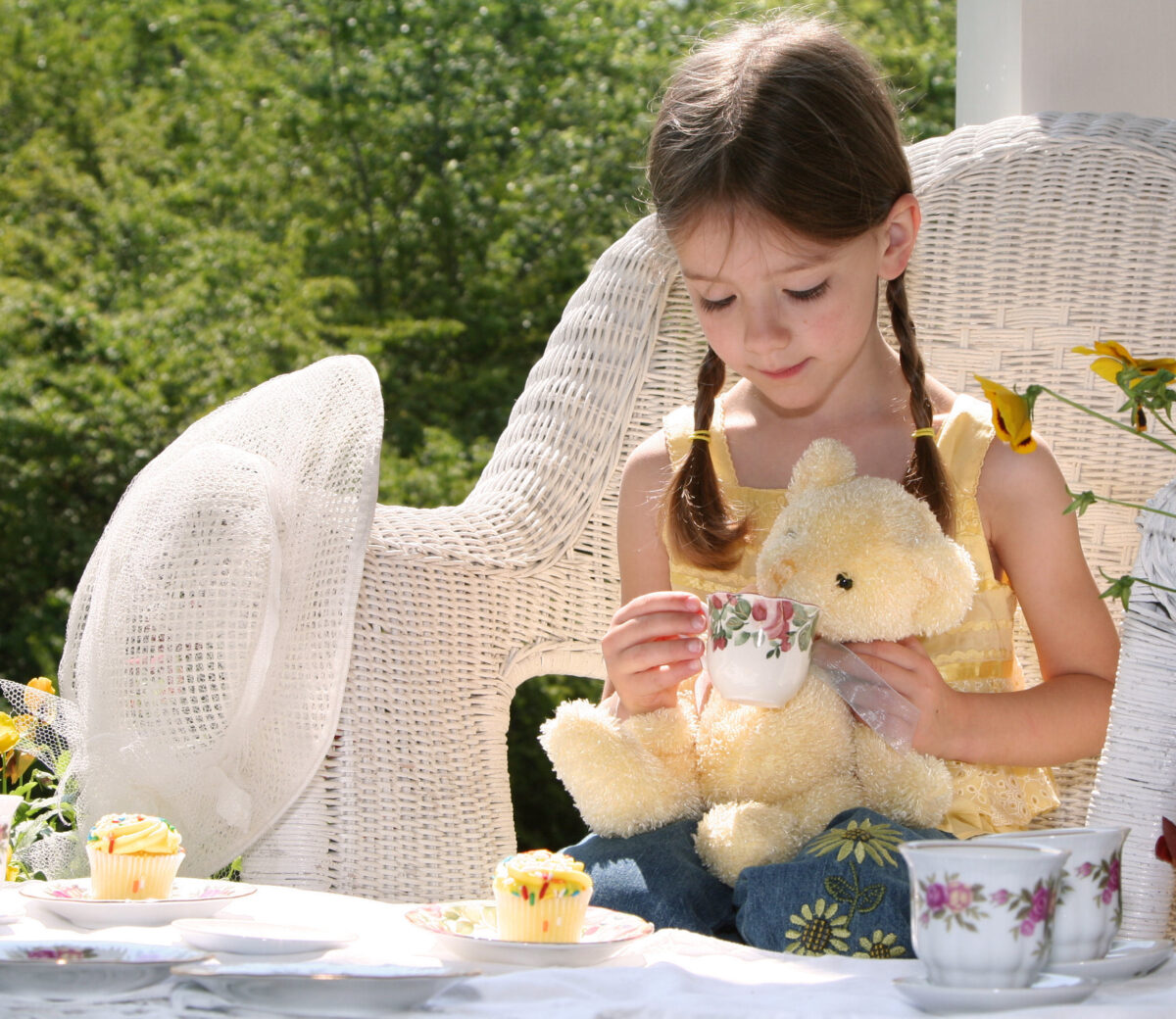 Through play we can see children's yearning for nobility and goodness. (Terrie L. Zeller/Shutterstock)
Family & Education

The 7-year-old darts through the dining room carrying his plastic shield and wooden sword, and yelling “Up, men! Up and at ’em!” Close on his heels is his 5-year-old sister, barefoot, wearing a tiara on her head, floating in her princess dress, and carrying a spatula for her scepter.

Grandpa sees a little boy still dressed in his pajamas who’s acting out one of the stories they’d read the previous evening about King Arthur and his knights of the Round Table. He sees a little girl who has watched several Disney movies, old and new, and is play-acting as one of the heroines.

But how do they see themselves?

Here, we must engage in guesswork and supposition. Odds are likely, however, that in his imagination, the boy is decked out in glittering armor and is cutting down a band of wicked enemies with that mighty Arthurian sword, Excalibur. And surely the girl sees herself as a good-hearted and honorable princess, her flimsy dress transporting her to a palace, her spatula a magic wand that can protect the good and the virtuous from evil-doers.

In such games as these, we see the yearning for nobility and virtue aroused in our children by imagination, play, and education.

And there are many, many ways we can cultivate this garden of goodness so that it blossoms in adulthood.

In his recent interview with Jan Jekielek of The Epoch Times, author and speaker Rod Dreher addressed several current topics, particularly our slide here in the West toward a soft totalitarianism. Near the end of that conversation, Dreher urged parents to prepare their children for the coming troubles and suffering such a dictatorial government might bring.

“You want them to become young men and women of vision, faith, and courage.”

Dreher also warned about the problems of indoctrination in so many of our schools, the teaching, for instance, of critical race theory and gender issues even to elementary school children. These, as he pointed out, undercut the home and the family.

In addition to keeping an eye on the schools, today’s parents also face a challenge never imagined by their ancestors: social media. Facebook, TikTok, Twitter, texting, and other tools of communication are some of mankind’s great accomplishments, but they can also be dangerous, especially for the young. The friends and strangers who appear on these devices can offer advice that can diminish or even destroy the teaching of parents.

To raise virtuous children, we must remain acutely aware of the power of these electronic mentors and guard against their negative influence. That’s of the utmost importance if we want to give our kids a sound moral grounding.

Educator Charlotte Mason (1842–1923), who is still a force among homeschoolers, once wrote, “A child gets moral notions from the fairy-tales he delights in, as do his elders from tale and verse.”

Fairy tales, fables, stories from history and religion: Parents have a vast array of books available to them for the preschool set. Such books crowd the shelves of our public libraries and bookstores, and nearly all of them bring both entertainment and moral lessons to the little ones.

As the children grow older, they’ll encounter plenty of other literary works that will strengthen this early foundation. “The Childhood of Famous American” series, the stories of writers such as J.R.R. Tolkien and C.S. Lewis, William Bennett’s “The Book of Virtues,” and Louisa May Alcott’s “Little Women” are just a few of the hundreds of volumes that should appeal to young readers. And when our students become more nuanced in their thinking, we can introduce them to writers like Dostoevsky, Tolstoy, Dickens, Twain, and Austen.

These and other classics are wonderful for teaching the virtues because they don’t beat readers over the head with right and wrong. Instead, they illustrate, often in profound ways, the messages of good and evil.

Say No to Despair

As we all know, it’s been a tough two years. Our society has undergone a series of disasters, and in some cases, we have personally suffered them. These trials hardly need repeating here.

The anxieties born from these ordeals, particularly the lockdowns, masks, and fears induced by coronavirus, have wreaked havoc among our kids. Many of them have fallen behind in their schooling, huge numbers are suffering from depression, and all of them, just like the rest of us, have emerged from these tribulations bearing wounds and scars.

Our kids need to be taught hope. Without hope, there is no resilience, no grit to carry us forward; without such tools, we can’t expect our young people to find the courage and vision to fulfill their potential.

To help them become warriors, to grow into adults who can stand up for the right and at the same time, show mercy and compassion when needed, we might consider turning our meal times and our dining room tables into a classroom. Our textbooks would be the day’s headlines, and our inspiration would be Socrates, who used questions and logic to try to discover truth.

Depending on the age of the children, we could discuss openly and honestly the issues of the day, examining the fallacies and misinformation that plague so much of what we read or see on the news and leaving aside the bitterness and enmity so common in today’s dialogue.

Alchemists once sought out the mysterious philosopher’s stone in hopes of using it to change base metals into gold or silver. Some also believed that a tiny piece of this stone dissolved into a liquid could become a medical cure-all.

While the philosopher’s stone was a myth, philosophy and religion can help bring out the riches that lie within our children and keep them healthy, at least mentally and spiritually. We might raise all sorts of great questions in our dining room seminars: “What does it mean to live a good life? Why is prudence considered one of the four classical virtues? Are there justifiable limits to free speech? What qualities will you look for in a spouse? How will you live out your faith in a secular society often opposed to religion?”

Raise such questions, and parents and children learn more about one another.

“Only connect” is the much-quoted epigraph of E.M. Forster’s “Howard’s End.”

Connection will constitute one of the great benefits of raising children “of faith, vision, and courage.” When we make these efforts, we not only help build their character, but we deepen our bond with them. When they are grown, we should also hope that bringing them up with a moral framework will connect them more strongly to their own family, to friends, and to the culture around them.

That young King Arthur will then possess the moral skill-set to wave a metaphorical sword and protect his loved ones as well as the weak and the persecuted. That princess will find herself with the power to stand in the gap and defend others against injustice and oppression.

And heaven knows our culture has need of some mighty oaks.