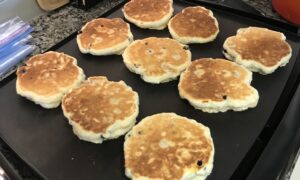 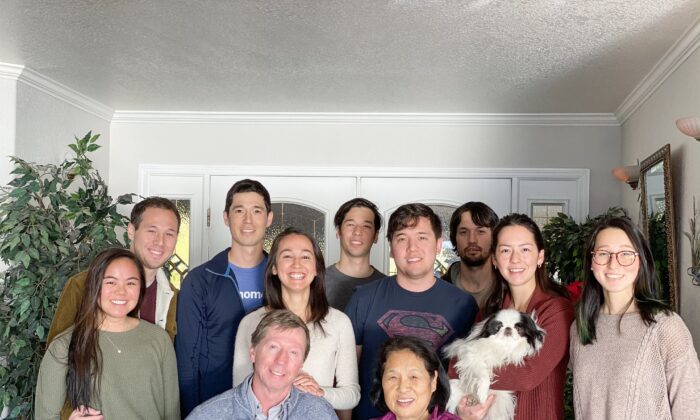 David and Mitsue Wolfenberger started a crab business on the coast of Washington in the 80s. They enjoyed small town life which provided a relatively protected environment in which to raise their family of seven children. But today, the Wolfenbergers are run a successful international nonprofit organization providing marriage education. In some ways, theirs is still the quintessential American story of family, hard work, and ingenuity.

“Our children worked alongside us in the crab business and in this way, developed good work habits and some skills. They washed totes, unloaded crabs from the boats and packed shipping crates. This is a demanding business, and since I had to be on the job full-time, my wife, whose first language is Japanese, homeschooled the children,” David said. “Our children’s flexible schedule provided us with opportunities to go on family camping trips and road trips during the off-season, when they weren’t working or getting an education.”

David and Mitsue’s own relationship had already planted a seed to grow something more. “From the time we were engaged and then married in 1982, Mitsue and I considered our relationship the most essential ingredient for the happiness of our family. My wife and I often had discussions with other couples who felt the same way. We wanted to do something to strengthen our own relationships, and help other married couples in our community, including our own married adult children,” David said. It was just discussion—until the crab business took off and they found success, and opportunity to pursue their passion.

“We wondered where to begin,” David said. Then one day, the couple were spending time with their newlywed son and his wife, and their new daughter-in-law suggested they take on marriage enrichment education in their ministry. The very next day, David called a friend who had two decades of family therapy experience and asked him to come on board.

It was on one of these retreats that David had an “aha moment.” During one activity, husbands and wives met in separate groups.  When the subject of pornography came up, the room went silent and at first no one said a word. When the conversation finally commenced, David discovered that this was a huge and common behavior causing serious problems in the marriage relationship.

The Wolfenbergers realized that if they didn’t take on this issue, nobody else would, so they decided to make pornography awareness a new objective of their ministry. In order to effectively address the problem, more education was needed. David financed an intergenerational group of men to attend a Christian sponsored workshop on the addictive nature of pornography and its negative impact on marriages. This was a boost for the attendees to overcome their own issues and then learn how to help others through getting trained in mentorship. This group of brave men did just that and as a result, High Noon was given birth.

High Noon has created workshops with curricula for young adults, couples, and families. In these programs, singles can grow their sexual integrity before marriage and develop the skills needed to overcome the temptation of pornography. Husbands and wives can listen to presentations and discuss what it takes to experience greater intimacy and build trust in the marriage relationship. Parents can learn how to guide their children into God’s plan for sexuality in age appropriate lesson plans in the “School of Love” curricula.

It’s impressive to see how the ingenuity and courage of one couple has produced effective and far reaching programs for families here in this country and abroad. What began with two people has multiplied and contributed to thousands of healthier individuals and families.

Poppy Richie is a freelance writer and former teacher and administrator at the Principled Academy in the San Francisco Bay Area. She co-authored a K-12 Character Education curriculum, “Discovering the Real Me,” and contributed to online elementary-level science education curricula for various companies.