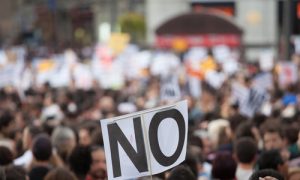 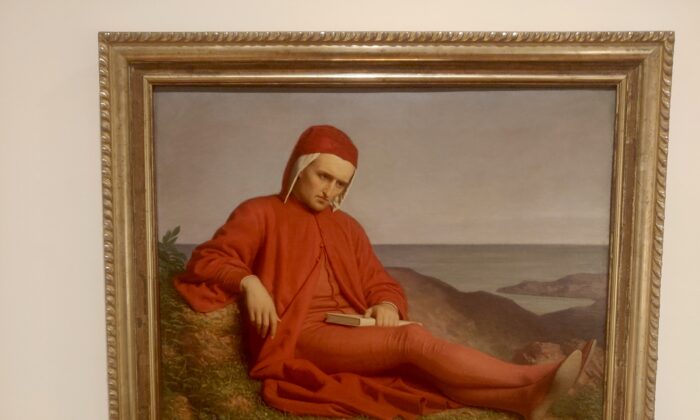 Strangers in a Strange Land: Writers in Exile and Us

Throughout human history, involuntary exile was often a common punishment—a means of getting rid of troublesome citizens. The Italian Casanova was forced into exile after being charged with indecency. Napoleon Bonaparte spent the last years of his life on a tiny island in the Atlantic, Saint Helena, far from France. Many artists and intellectuals who feared for their lives, like Thomas Mann and Albert Einstein, fled Nazi Germany. For this same reason, the Dalai Lama has lived for decades in exile from Tibet, now under the control of communist China.

Among these exiles were writers whose work offended the ruling power.

Before we look at some of these authors, we should consider what it means to be forced to leave behind all that is familiar: the customs of one’s native land, the homes and the towns in which one has lived, the friends and family members one has loved and may never see again. Today we all travel so easily and freely, but before modern times, in particular, these sentences of exile could have devastating effects on those so condemned.

In the anonymous Anglo-Saxon poem “The Wanderer,” which describes a man who has lost his place in his lord’s mead-hall and who must now sail away “with sorrowful heart over wintry seas,” we hear the sadness and wretched misery such banishment could bring:

Oft to the wanderer, weary of exile,
Cometh God’s pity, compassionate love,
Though woefully toiling on winter seas
With churning oar in the icy wave.
Homeless and helpless he fled from fate.

We Americans, who are less rooted in place and who now share in common many elements of popular culture, can only imagine the horrors and loneliness of such a separation, of being cast out of a tribe or a village. For us, for instance, a MacDonald’s in Richmond, Virginia, is much the same as a MacDonald’s in Milwaukee, Wisconsin. For someone like the warrior in this poem, to be driven from the lord’s mead-hall meant danger and estrangement from all he had known. He became a “wraecca,” meaning an exile, a stranger, an outcast, an unhappy man.

Those descriptions of a wraecca certainly apply to Publius Ovidius Naso, known more commonly to us as Ovid. In A.D. 8, the emperor Augustus banished Ovid to a tiny fishing village, Tomis, far from Rome, possibly for licentiousness in his verse, though we don’t really know the reason for his sentence. There the esteemed poet remained until his death nine years later, writing letters to the emperor begging to be allowed to return to Rome and producing verse that with a few exceptions lacked the fire of his earlier genius.

Unlike Ovid, Dante Alighieri wrote his greatest work, “The Divine Comedy,” while in a state of exile. Banished from his beloved Florence, Italy, for political reasons, Dante wandered from town to town, seeking to protect his family and himself while composing his immortal poem about Hell, Purgatory, and Paradise. He eventually died in Ravenna. On his grave is this line written by a friend: “parvi Florentia mater amoris,” or “Florence, mother of little love.”

For his political views, French novelist, poet, and essayist Victor Hugo spent almost 20 years in exile from France, some of that time suffering an enforced banishment, and then, though given a pardon, kept himself in voluntary exile on principle. During this time, which he spent mostly on the British island of Guernsey, a place for which he developed a deep affection, he wrote “Les Miserables,” regarded by many critics as his finest work. After the fall of the government of Napoleon III, he returned to France.

Ovid passed his time in exile in misery, Dante in storm and stress, and Hugo in relative comfort—in part from circumstances, in part from the manner in which each man faced up to his fate.

Perhaps the best-known literary exile of the 20th century is the Russian writer Aleksandr Solzhenitsyn. Author of such outstanding works as “A Day in the Life of Ivan Denisovich” and “The Gulag Archipelago,” the controversial Solzhenitsyn in 1974 was arrested by Russian authorities, stripped of his Soviet citizenship, and banished from the country.

Eventually, he found a home in tiny Cavendish, Vermont, where he remained for 20 years while he continued to write his books. The town’s citizens treated him with respect and gave him the privacy he craved, so much so that the general store posted a sign reading “No Restrooms, No Bare Feet, No Directions to the Solzhenitsyn Home.” When he was finally allowed to return to Russia, the author wrote a letter of gratitude to the townspeople of Cavendish, thanking them for their hospitality.

In 1978, Solzhenitsyn delivered the graduation address at Harvard University in which he accused the West, particularly the United States, of lacking any real religious faith, of rampant consumerism, and suffering from a decline in courage and manliness. Many academics and members of the media excoriated his speech, while others applauded him for speaking the truth.

Even in his exile, the Russian author who had so bravely critiqued the Russian communists was unafraid to do the same to his hosts.

A Longing for Home

Like Ovid, Dante, and others, many of our contemporary writers driven out of their native lands express their longing for home. In “The Memory of Our Land: Writing in and from Exile,” Susan Harris gives us brief stories of several modern authors exiled for various reasons from Syria, Cuba, Venezuela, and Iraq.

For a variety of reasons, these writers fled their homelands and still feel the deep connection to those places. Harris writes that “there is no typical exile” yet all these authors share a strong attachment to the place of their birth. As Syria’s Samar Yazbek says, “Home is my language, my country, my soul. …”

Lessons for the Rest of Us

Though we Americans are not subject to a forced physical banishment from our native land, we are a restless nation, often removing ourselves from familiar places and people, and heading off to new and different circumstances. The 18-year-old boy from rural Alabama who enters Marine Corps boot camp, the banker dispatched to a new city where she has no friends or family, the young woman setting off to college 1,000 miles from home—all are exiles of a sort, separated from their past, treading on unfamiliar ground, and making their way alone through adverse situations.

Those of us who find ourselves in these circumstances, uprooted from our old lives and cast into a strange land, can learn some lessons from these exiled writers. When we set up quarters in a new place, for instance, we can avoid emulating Ovid and refuse to allow ourselves to be eaten up by wishes to return home to our old lives.

Instead, like Dante we can find the courage to face hostility and adversity if those come our way, and still carry on to be the best we can. We can copy Victor Hugo and embrace our new life, looking for its delights and charms rather than its detriments. Solzhenitsyn teaches us that we can appreciate those around us for their virtues while not turning a blind eye to their culture at large. The contemporary writers banished from their homelands remind us to remember who we are and where we come from.

Like all of them, we have the interior freedom to choose—not our fate, but our response to the new world in which we find ourselves.