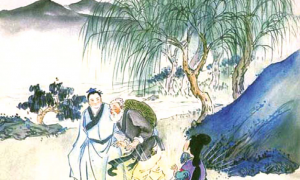 Stories From the Students' Rules: Respect and Care Unto All
0
Share Now
TelegramFacebookTweetEmailTellMeWeReddit
Copy Link 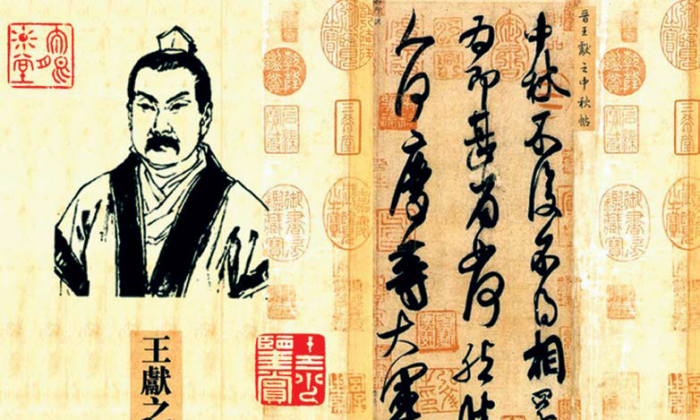 Along with his father Wang Xizhi, Wang Xianzhi was a renowned calligrapher of the Chinese Jin Dynasty. (Public Domain)
Chinese Culture

Stories From the Students’ Rules: Humility and Duty as a Sibling and Before Elders

The “Standards for Being a Good Student and Child” (Di Zi Gui) is a traditional Chinese textbook for children that teaches children morals and proper etiquette. It was written by Li Yuxiu in the Qing Dynasty, during the reign of Emperor Kang Xi (1661-1722). In this series, we present some ancient Chinese stories that exemplify the valuable lessons taught in the Di Zi Gui. The second chapter of the Di Zi Gui instructs readers to fulfill their duties as siblings.

The older brother shall be friendly
And the young brother respectful.
When elder and younger are harmonious,
Xiao (filial piety) is achieved.

Taking riches lightly,
There is no cause for resentment.
Speaking with tolerance,
Anger will dissipate naturally.

A good sibling should always place his elder and younger siblings before himself. A famous example is the descendant of Confucius Kong Rong, who learned to share at an early age.

Kong Rong (153-208 A.D.), the 20th-generation-descendant of Confucius, was a high-ranking official during the reign of Emperor Ling in the Eastern Han Dynasty. As he was once the chancellor of Beihai (present-day Weifang, Shandong Province), he was also known as Kong Beihai. During his tenure, Kong Rong built cities and schools, and advocated Confucianism. He was also a famed poet and essayist.

Kong Rong was known to be good-tempered and hospitable, and his house was always full of guests. Kong Rong upheld etiquette, and as a child he became a household name when he demonstrated great generosity among his brothers.

There were seven brothers in Kong’s family and he was the sixth son. When Kong Rong was four years old, being the youngest child then, he was given first priority in choosing from a basket a pears. However, he chose the smallest pear, leaving the big ones for his elder brothers. Even after his younger brother was born, Kong Rong would give his older and younger brothers the larger pears, leaving the smallest for himself.

This story has been handed down as a much-told story of etiquette and fraternal love, and to this day it remains an essential part of children’s formative education.

Stories From the Students’ Rules: At Home, Be Dutiful to My Parents

Li Mian (717-788 AD) was an official and general of the Tang Dynasty, serving as a chancellor during the reign of Emperor Dezong. He was a descendant of Tang’s founding emperor, Emperor Gaozu.

Li was poor during his early years, but he did not try to seek ill-gotten wealth. He instead spent his time studying texts, from which he acquired an honest and trustworthy character. One day, Li met a rich scholar who was going to the capital to complete his studies and take the Imperial Exam.

The two became very good friends. But the scholar became seriously ill one day, and Li took care of him and treated him just like his own sibling.

The scholar eventually succumbed to his illness. Before his death, he begged Li to keep the balance of his gold that remained after paying for his funeral arrangements. Li had no choice but to accept the gift, in order for the scholar pass on in peace. Ultimately, however, Li did not keep a single dime. He secretly hid the gold under the scholar’s coffin, and returned the scholar’s silver to the scholar’s family.

During his appointment as Jie du shi in Lingnan, Li didn’t use his power to usurp the fortunes or property of the foreign merchants. He always politely declined any gifts from merchants, and, on his retirement, he even threw all the rhino horns and ivory his family had received into the river.

During his two decades of service as an official, Li distributed his salary to his relatives and subordinates, leaving little for himself. As a result, he was found to have no savings when he passed away. Li was honored greatly and given the posthumous title of Zhen Jian, meaning “He Who is Pure and Simple.”

Be Humble Before Your Elders

It is stated in the Di Zi Gui:

Aside from requiring the use of proper salutations when speaking with elders, an important aspect of traditional Chinese etiquette is modesty.

An ancient calligrapher from the Jin Dynasty, and Han Dynasty founding hero Zhang Liang famously respected their elders in their youth. They learned to be humble and hence acquired knowledge and skills from their elders.

Renowned calligrapher Wang Xizhi, known as the Sage of Calligraphy in China, lived during the Jin Dynasty (303–361 A.D.) and had seven children, among whom his youngest son, Wang Xianzhi, (344-386) was also a distinguished calligrapher.

By the time Xianzhi was 15 years old, he had already achieved a great level of skill in calligraphy and often received praise from his father and other elders. Xianzhi hence became arrogant and lazy, thinking that his ability was already excellent and that he no longer needed to put in the effort to work hard and improve himself.

There is a story about how Wang Xizhi helped his son realize the foolishness of his arrogance and understand the importance of diligence. One day, Wang Xizhi was summoned to the capital and to bid him farewell, his family held a lavish dinner. Fine food and wine were served at the feast. While slightly intoxicated, Wang Xizhi had a sudden inspiration to write some words of wisdom as guidance for Xianzhi.

Wang Xizhi wrote a poem on the wall called “Precepts Against Arrogance” (戒驕詩 ), advising Xianzhi not to be arrogant but to work hard. Xianzhi, however, was not entirely convinced. He copied the poem dozens of times each day, and just before his father returned home, he erased his father’s words when no one was looking and rewrote it in the same location on the wall, imitating his father’s calligraphy.

Xianzhi was very proud of himself. In his arrogance, he thought his calligraphy was just as good as his father’s and that no one would be able to tell the difference.

When Wang Xizhi came home, he looked intently at the poem on the wall for a long time, then scratched his head and sighed.”Could I have drunk too much wine that night, to have written such clumsy characters?” he exclaimed.

His son instantly blushed, feeling deeply uneasy and ashamed. Wang Xianzhi finally realized that only through diligent study and hard work could he eventually become a renowned calligrapher.

Zhang Liang and the Shoes of the Old Sage

Zhang Liang (around 262–189 B.C.), courtesy name Zhifang, was born in the State of Han (located around what is now the center of Henan Province). In order to avoid the chaos of war, his family moved to Nanyang in Henan and then moved to the Pei Kingdom. Later on, he settled down in Pei Kingdom and became a citizen there.

In Zhang Liang’s childhood, on a windy, snowy winter day, he happened upon Yishui Bridge in the town of Xiapi. There he met an old man wearing a yellow shirt and a black hood. The old man threw one of his shoes down to the bridge on purpose and said to Zhang Liang:

“Little boy, please go to pick my shoe back up for me.” Zhang Liang did not hesitate. Regardless of the danger of slipping into the river and being exposed to the cold wind, he went down to the bridge and picked up the shoe for the old man. The old man did not take the shoe, but offered his foot to Zhang Liang and asked him to put the shoe on for him. Zhang Liang did not mind and respectfully did what the old man told him to do. The old man smiled and said: “Boy, I see much promise in you. Come here tomorrow morning and I will teach you some things.”

The next day, before the crack of dawn, Zhang Liang came to the bridge and saw that the old man was already there. The old man said: “You came here later than me. I cannot teach you the Tao today.” It happened like this three times.

The third time, Zhang Liang finally got to the bridge earlier than the old man. The old man finally gave Zhang Liang a book and said: “When you fully understand this book, you will be able to serve as the chief military counselor for a king in the future. If you need my help in the future, come to see me. I am the yellow stone at the foot of Gucheng Mountain.”

Zhang Liang went back home and he studied the book very carefully. Finally he mastered its essence. He was able to understand all of its intricacy and became very familiar with military tactics. Later, he assisted Liu Bang, the first emperor of the Han dynasty, to found the Han dynasty and unite China.