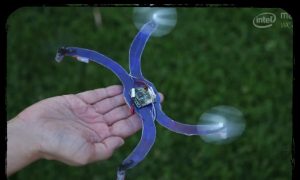 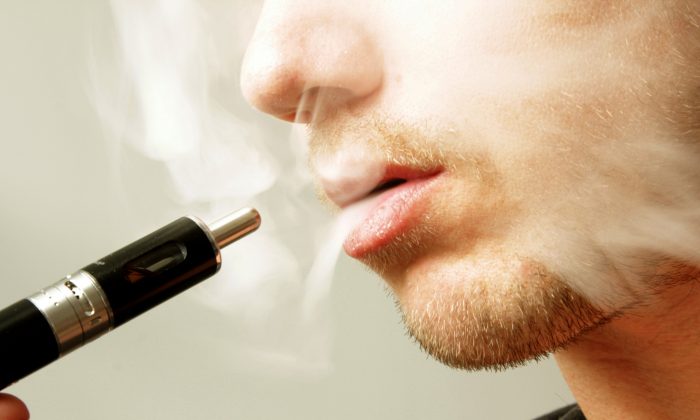 You’re twice as likely to chat about vaping than you were in 2013. (ecigclick.co.uk)
Arts & Culture

Selfies were so 2013. But vaping’s in: Oxford Dictionaries have announced vape as its international Word of the Year 2014. The runners up are bae, budtender, contactless, indyref, normcore and slacktivism.

Vape, which refers to an electronic cigarette or similar device (or the act of inhaling/exhaling from such devices), certainly seems to reflect technological advancements much in the way that 2013’s Word of the Year selfie did.

But what evidence has been used to make this decision?

There’s no doubt that Oxford Dictionaries has lots of it to draw upon. They host a massive collection of samples of written English from around the world, otherwise known as a corpus (and I mean massive – nearly 2.5 billion words). These samples are collected largely from the internet, and include a huge variety of types of language including novels, newspaper articles, and social media.

They found that between 2013 and 2014, the word “vape” had doubled in use. This is not to say that it hasn’t been around for a while already – Oxford Dictionaries claim that this is by no means a new word, dating to the early 1980s. The earliest use they’ve found is in a 1983 article in New Society entitled: “Why do People Smoke”. The author, Rob Stepney, described a hypothetical device being explored at the time:

An inhaler or “non-combustible” cigarette, looking much like the real thing, but … delivering a metered dose of nicotine vapour. (The new habit, if it catches on, would be known as vaping.)

Oxford Dictionaries tracks how language changes over time by continuously collecting more samples every month and adding them to this corpus. As part of their research, every year they announce the Word of the Year based on the changes they observe in their corpus. Other previous winners include omnishambles (2012), squeezed middle (2011), and big society (2010).

As substantial as this corpus is, what is severely under-represented here is what many language users do more of than anything: talking. The words that we actually speak, when we are chatting to each other face to face, when taking selfies or vaping, don’t have a say in the annual competition for the coveted Word of the Year title.

And we speak very differently to how we write, whether that’s in essays or on Twitter. Many of us learn to speak long before we learn to hand-write, type, or tweet things such as #indyref. Neglecting to consider speech is an all-too common deficiency in modern-day language research. And it’s a very understandable one. After all, samples of language which are readily available on the internet, in easily searchable, electronic format, are relatively easy to collect.

Collecting a large, searchable, electronic record of spoken language, on the other hand, is much more of a headache. Researchers of spoken language need lots of participants who are willing to be recorded, a team of transcribers willing to type up every single word from the recordings and an awful lot of patience.

What’s more, spoken language is commonly regarded as the “testing ground” for changes in written varieties. New words such as budtender or normcore are much more likely to be found in writing if they have already existed for a while in speech. So why not attempt to feed closer to the source rather than further downstream?

It Starts in the Streets

We aim to do just that by compiling the Spoken British National Corpus 2014 – a large corpus of spoken British English conversations, made by people from all over the UK, including Scotland, Wales, and Northern Ireland. Its most recent equivalent was made in 1994. Yes, a whole two decades ago – a testament to the effort required to achieve such a feat.

We’re in the early stages of collecting the recordings, so our samples so far appear to have been collected just before the vape-craze in the UK. But other preliminary findings do suggest that something could have begun to enter the British English lexicon in place of the words cigarette and smoking, which have both halved in use between the early 1990s and early 2010s. The word drinking, on the other hand, has more than doubled from the 1990s to the 2010s. The word alcohol has nearly quadrupled in use.

Perhaps you accuse people in your family of slacktivisim on a daily basis. Perhaps you boast to your friends about your new contactless debit card. Whether you agree or not with Oxford Dictionaries’ announcement, there is no doubt that change in society in general can be observed in language use.

So what will be the Word of the Year in 2015? Will it be inspired by a new TV catchphrase, like 2006’s bovvered? Or perhaps with the general election looming, we will be inspired by a party slogan like big society (2010). We can’t yet tell what it might be – but it’s almost certainly already being used. You may even have heard it.

Robbie Love receives funding from the Economic and Social Research Council (ESRC). This article was originally published on The Conversation. Read the original article.