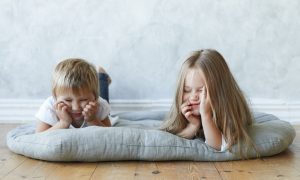 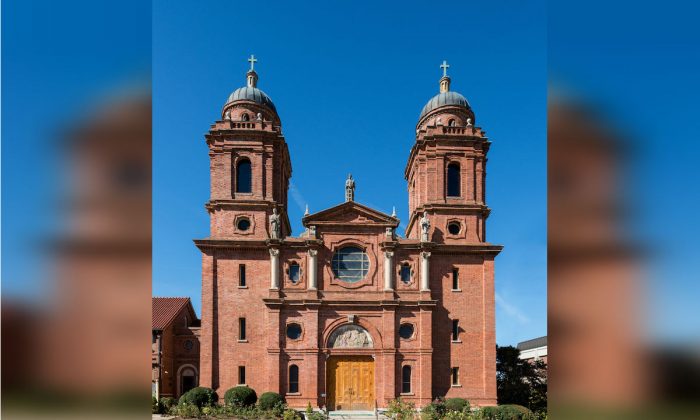 Stillness, Beauty, and Truth: The Basilica of Saint Lawrence

‘Beauty is truth, truth beauty,’—that is all
Ye know on earth, and all ye need to know.
—John Keats, “Ode on a Grecian Urn”

When you enter the vestibule of the Basilica of Saint Lawrence, Deacon and Martyr, you’ll pass a sign reading “Reverential Quiet Please.”

Outside the walls of this church are the streets of Asheville, North Carolina. These streets and sidewalks swarm with tourists, locals, hippies, jugglers, guitar players, beggars, and the tattooed and dreadlocked crowd, a stew of humanity that almost 20 years ago inspired Rolling Stone Magazine to dub Asheville “the new freak capital of the U.S.”

A popular bumper sticker declares “Keep Asheville Weird,” and most who live here would agree that weirdness in Asheville seems in little danger of extinction. There’s a guy who dresses like a nun and weaves in and out of traffic on his bicycle; the purple LaZoom Bus rattles past, its guide shouting out a quirky commentary while riders drink beer and wine; some women stage topless rallies; street musicians compete for the tourist dollars; and shops around the city offer services such as palmistry and psychic readings, aromatic cures, yoga, massages, acupuncture, and a host of New Age therapies.

On Friday evenings, drummers, flute players, and dancers gather for the drum circle in Pritchard Park, where the primitive rhythms prompt some to clap and gyrate while tourists snap photographs like anthropologists who have just discovered some heretofore-unknown tribe of the Amazon. Tattoos are as common as shells on a beach.

In recent years, Asheville has also gained a reputation for its restaurants and breweries, drawing even greater numbers of travelers to “The Land of the Sky,” or as some call it, the “San Francisco of the East.”

And Then There Is the Basilica

For most visitors, that sign in the vestibule—“Reverential Quiet Please”—is superfluous. Laughing and talking, still one with the commotion and racket of the streets,  they push open the heavy door off the courtyard and step inside the church, where they find themselves at once reduced to whispers by this quiet sanctuary with its shadows and guttering candles.

Once their eyes have adjusted to the muted light, these sightseers begin to take in the Basilica’s statuary, paintings, and stained glass. They look upward to the vaulted ceiling, the highest elliptical free-standing dome in North America, and approach the altar, where a near life-size corpus of Christ hangs from his cross, his mother and the Apostle John grieving at his feet.

Behind these figures are terra-cotta panels of the Four Apostles. To the right of the altar is the Chapel of Eucharistic Adoration, where one or more parishioners will be found kneeling in prayer. To the left is the Chapel of Our Lady, with its large statue of the Assumption of Mary and various paintings honoring the mother of Jesus.

Also inside this Marian chapel is the tomb of the man who created this place of beauty, mystery, and stillness.

The Spanish architect Rafael Guastavino (1842–1908) immigrated to the United States in 1881, bringing with him the ancient art of building with tile and mortar, a method long practiced in his native Catalonia. His tile work graces such places as Grant’s Tomb, Carnegie Hall, the Boston Public Library, New York City’s Grand Central Terminal, and the chapel at West Point.

After coming to Asheville to work on the Biltmore House, Guastavino decided to design and build a church for the city’s Catholics, teaming up with architect R.S. Smith.

Google “Rafael Guastavino St. Lawrence,” and you can read several articles about the artistic importance of this church: Guastavino’s use of terra cotta, the dome, the stairways, and some of the paintings and statues.

But Guastavino did not design his church to draw tourists to Asheville or to impress mankind with his virtuosity. He designed it, instead, as his gift to God and to the human beings who would worship here. He understood the link between beauty and truth, in this case the truth of his God.

Guastavino also understood the power of beauty to startle us out of the routine of our daily lives. He designed that domed ceiling not as a boast of his artistic prowess, but to draw our eyes heavenward. He laid out the plans for this brick interior, the marble floor, the spectacular natural sound system—you can hear a whisper from the back of the church while standing at the front—to honor his faith and to allow others to share in that homage.

Like those tourists leaving the hubbub of the streets and entering the Basilica, all of us are in need of the solace of beauty. We get so caught up in the swirl of life, so immersed in our triumphs and defeats, that we forget how much our souls yearn for the higher uplands of existence: beauty, truth, peace, a vision of a greater love than we can know on this earth.

That sign in the church—“Reverential Quiet Please”—might well serve as more than a request for respect from tourists and other visitors to the Basilica. It is an apt piece of advice to all of us, a reminder that in stillness, beauty and truth reveal themselves to us.

Rafael Gustavino died before the completion of his masterpiece. No matter. The monument to beauty he left behind reinforces the faith of believers and produces in even casual visitors a sense of awe and reverence.

In “Ode on a Grecian Urn,” cited above, John Keats also writes these lines: “When old age shall this generation waste,/Thou shalt remain, in midst of other woe/Than ours, a friend to man.”

In Gustavino’s Basilica of Saint Lawrence, we find both a friend to man and a fitting temple for God.

For more details on the Basilica’s artwork, see bit.ly/BasilicaArt