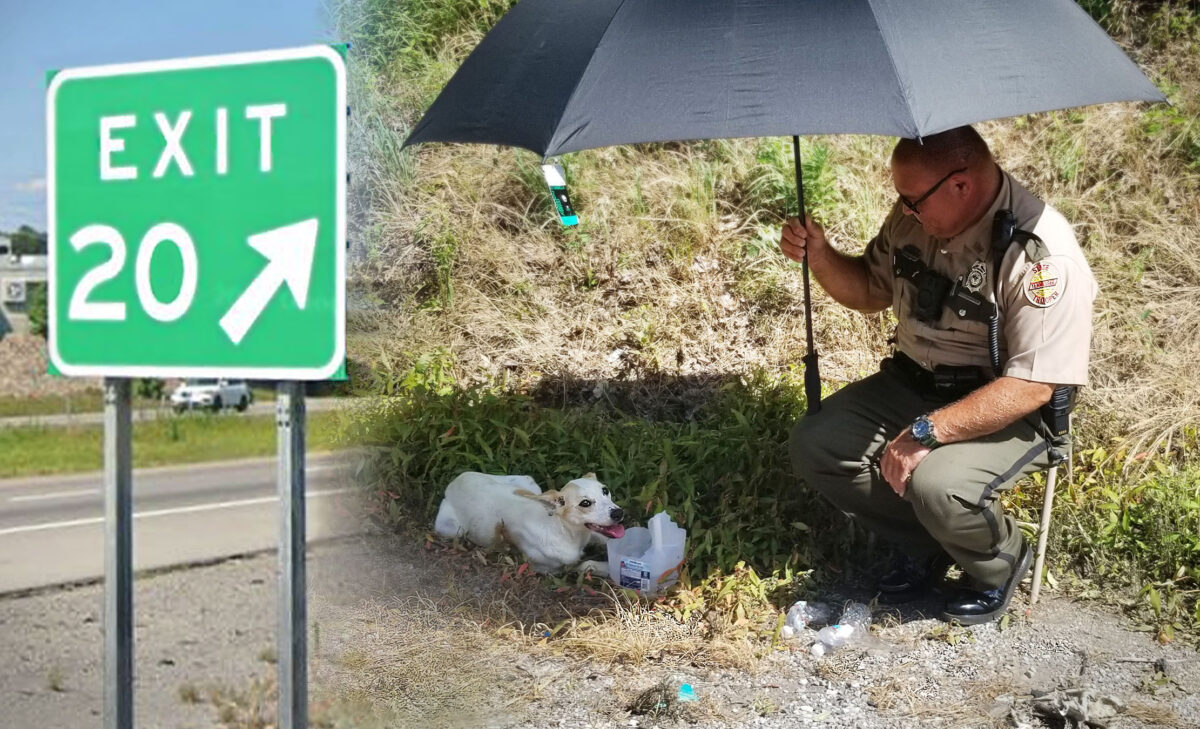 State Trooper and Motorist Spot Dog With Broken Pelvis in I-75 Ditch, Give Her Water, Shade, a New Home

A state trooper and a good Samaritan in Tennessee helped save the life of a badly injured four-legged friend found in a ditch on the side of a highway.

Kaye Fiorello posted on Facebook that she was driving up Interstate 75 near Cleveland when she spotted Trooper Tudors.

First thing she did was check her speed. Minutes later, she saw a distressed pooch in the sweltering 95-degree Tennessee summer heat near the Exit 20 sign.

Fiorello said the dog was “panting like she was fixing to die.”

Heading to work, Fiorello was torn about what to do, but decided to turn back to find the trooper and save the dog.

“The trooper was still there! Yay!” Fiorello wrote. “I didn’t want a ticket, but if I could help that dog, it was fine by me.”

Trooper Tudors rolled down his window and said, “Yep! I’m here.” She told him about the pooch, and they sped to the rescue and found her still in the ditch.

Tudors dumped his jug of Kool Aid and made it into a makeshift water bowl for her.

“The dog was scared of him, but frozen in weakness. She sniffed the water, then realized this kindness was for her!” wrote Fiorello. “She drank that water down in minutes!”

Fiorello said she knew the dog was in good hands when Tudors said he would wait until gaining her trust before taking her to the vet. He pulled out a chair, got an umbrella to give her shade, and sat while feeding her Debbie treats.

Princess was taken to the vet, examined, and found to have had a broken pelvis. As a public servant, Tudors can’t accept donations, but an Angel Fund was set up in her name to help pay for vet expenses.

In another update, Fiorello revealed good news. “Guess who got adopted! And guess who adopted her!!” she posted.

Although her carers had several offers lined up, in the end these were pushed aside to make way for Trooper Tudors, who chose to take Princess into his family.

She still has a ways to go medically, but Fiorello said that everyone’s prayers and warm vibes are working.

“I believe his being there at the right time, was one of those little messages reminding us of the good in our world,” Fiorello wrote, calling Trooper Tudors “one of the good guys for sure.”