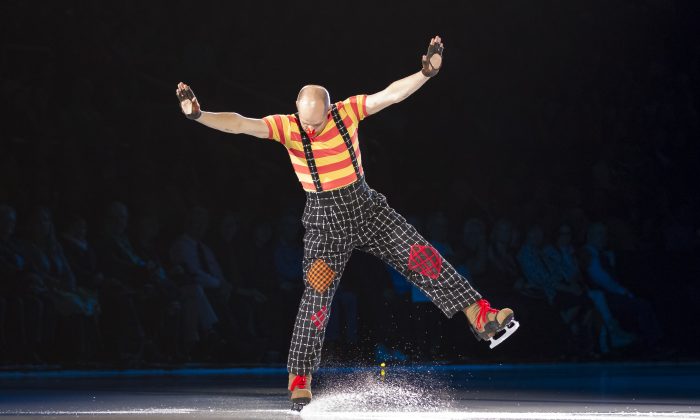 Kurt Browning in the opening of Stars on Ice, May 8, 2015 in Toronto (Quincy Clark/DQC Photo)
Arts & Culture

TORONTO—Stars on Ice stopped at Toronto’s Air Canada Centre on Friday, May 8 as part of its 25th anniversary Canadian tour. Veteran skater Kurt Browning, who has skated in every one of these shows, was back on the ice, in addition to directing and choreographing.

This year, Browning paid tribute to memorable Stars on Ice moments as well as to some of the show’s greatest skaters. He also realized his 20 year old dream of presenting a theatrical story on ice, which was set to the music of rock band Supertramp.

For more details on the full Stars on Ice tour, visit: www.starsonice.ca