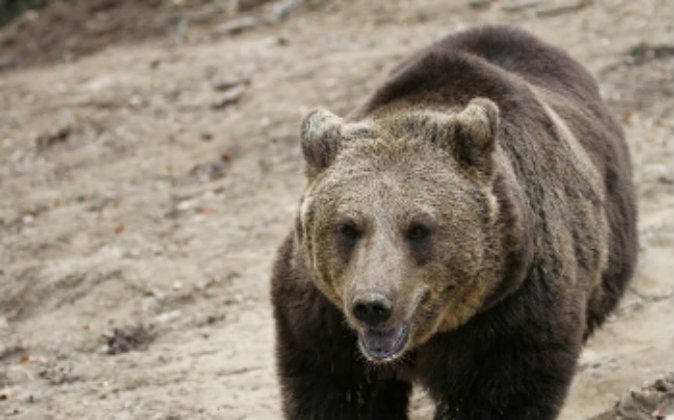 The car rocks left and right as we hit rocks, potholes and other unidentified objects. The three of us sit in relative silence, bar the creaking of the Land-Rover as it tackles the forestry road that we currently trundle along – one of many thousands you will still find in the wilder areas of Romania.

All are hungry, yet content. Despite this feeling of satisfaction, every eye stares searchingly into the darkness of the forest, knowing that many things dwell in the shadows of the trees. To explain why and how we find ourselves on this road we must return to the day’s previous events.

Today I have an exciting itinerary, although I’m not entirely sure of its contents, but that’s down to Colin, who runs Roving Romania. From our several long conversations so far, a couple over many beers or palinkas (basically a fire water), his many years spent in Romania have evidently provided him with a wealth of knowledge over much of the country – especially the Transylvanian areas.

I’m not talking Dracula here; I’m talking real rural culture, ‘Saxon’ villages, natural areas, wild places (although I am sure he could show us Dracula’s home if we asked nicely enough). He is the real deal.

Our first stop is the Zarnesti Libearty Bear Sanctuary. This is my guarantee of seeing bears! Colin uses his charm to secure us a more personal visit, and so it is that we begin to observe the bears on foot, at our own pace, instead of on the ‘train’ that most visitors have to take.

Every bear has a story, and I will not attempt to get across the sadness and hardship that every individual in that sanctuary has had to endure. It is something that requires a visit to the place, an experience with the individuals.

Some were circus bears, some were chained up outside restaurants, some were blinded by their owners, others were run down by cars as they crossed local roads.

The list is endless. I will give just one example – as we rounded a corner near to the end of our visit we came across a bear, I forget her name, so lets call her Anne.

Anne had been a circus bear, she didn’t appear to be fully grown, at least not to my eyes; maybe a result of malnourishment, I will never know. Here she looked quite happy, almost at peace with the world.

But one reminder of her past remained, not a physical scar, but a habit. Anne, whether being watched or not, whether for comfort or through fear, would perform for the world.

Piatra Craiului, in the mountains of Romania (Go Nomad)

Sometimes she performed for the raven colony that now joins the bears in their home, sometimes for the visitors, occasionally for a wandering stray dog, but usually to thin air and long absent crowds. Anne walks ten feet towards the fence of her enclosure, she plants her feet in two well-worn holes, and she pirouettes on that spot. She then turns and walks the ten feet back, only to repeat the trick.

Again and again she does this. She will perform most minutes of most hours of every day. From what I can tell she will stop to feed and to sleep. Colin suggested a few theories as to why she continues – but having met mistreated animals, mostly dogs who still cower every time a human lifts their hand in affection, I have a theory of my own; I believe Anne is motivated by a lingering fear, a fear of what might happen if she did not perform. Maybe that is pessimistic, I hope so.

Saving the Rest of the Bears

Whilst the sanctuary has a sad element I should surely pay homage to the amazing work that it is doing. The plan is to save every one of around 200 captive bears in Romania. So far they have saved 75 – every donation allows them to get closer to saving another. Watching the bears who have managed recovery was incredibly rewarding.

Some would simply sit and play with their toes like an infant of our own species might. Others would tussle with one another to dominate the best bathing spot, playfully mouthing the other’s muzzle.

Romanian horse cart, the way many locals get around the countryside. (Go Nomad)

A bear is an incredible animal, whether wild and massive like the Kodiak Bears of South Western Alaska or smaller and more placid as the Brown Bears that inhabit Europe, they carry character and personality in a way that few creatures on this planet can match. I love the animal in its every form and can only hope that others can have the experiences I have been lucky enough to be a part of.

The main event of the day was that which led us to a rough forest road. I guess it started when we pulled up to a deserted wooden lodge deep in the Transylvanian forest at around 5pm. There we waited in anticipation, with some nerves.

After a while, don’t ask me how long, a pick-up pulled up beside us. Out of it appeared a forest warden by the name of Adi.

This was Colin’s contact. Without a greeting, and in a hurry, he entered the lodge. When he returned he was grasping two sacks, filled with substances yet unknown to myself, which he threw into his truck. Then we were off, following him deeper into the forest.

After a short distance Adi swerved to the left, down a less worn track. Colin stopped for a second, clearly thinking. “That’s not the way” he declared hesitantly.

“But usually he drives there with us…”. So we continued ahead, just the three of us, into what is potentially the most densely populated area of Romania – for bears, that is. Before long I was on orders to keep my eyes open, the presence of bears on the road to the hide, on which we would eventually be hiking without the protection of a steel shell, would be an issue.

Yet no bears were on the trail; in fact, the life we did come across was very human shaped – a couple of foresters beside a fire and caravan. “That is a bad sign” came the observation from beside me. ‘Great’ I thought.

The presence of the foresters, according to Colin, meant that the area was currently being ‘trimmed’ of its ancient oak, beech and birch trees. As a result we might have issues on the bear front. Indeed when we eventually arrived at the hide something was amiss. The usually empty forest road, which lay just fifty metres away, saw two large trucks travel its length whilst we waited patiently.

Both trucks were accompanied by the rumble of twenty tonnes of metal and tree inconsiderately trundling its way to a lumber mill somewhere down the track. Then further cause for alarm came when Adi appeared directly in front of us, in the very clearing where bears were supposed to be sitting. It seems that he had yet to put out the ‘bait’ (those sacks were full of apples and pears). Excellent.

We sat concernedly in the hide for around an hour, waiting in tenuous hope. Both myself and my brother Lawrence know that wild animals do not appreciate human disturbance, and here there had been more disturbance than you might expect to find in your typical town centre. So we did not cling to much hope.

I sat, not quite head in hands depressed, but pretty demoralised nonetheless. Yet in a moment there was simultaneously a change in the scene before me and fresh sound. “Bear” echoed the muffled explosion of three individuals announcing the same thing at once. I lifted my gaze and it moved from a peripheral shadow to full view.

In front of us, maybe forty metres away, stood a bear. Gliding towards a small pocket of apples he was majestic and powerful. In a moment his nose was buried whilst his claws clung to the wooden trough that held his meal with the power of ten men.

Moments later another noise announced his departure. From the road a rumble sounded our furry friends retreat signal. The destructive noises of another truck echoed through the forest once more and the bear was gone, not quite as soon as he came – but pretty damned quick.

But that was it, I had achieved my goal for this entire trip. As sad as it was that my encounter with bears was not so prolonged as it might have been, nor quite as satisfying, I had done what I came to achieve. So now I can go home, right?

A mother and cubs (Go Nomad)

But as I sat there, and as it happened another twelve bears did grace us with their presence over the course of the next two hours, something lagged at the back of my mind. In the moment it was suppressed – there was a very present feeling of accomplishment and appreciation of what stood before me.

When a mother and four cubs stumbled into the clearing, mum scattering the two males who had been enjoying their supper, I felt much as I always do when I see wildlife. I appreciated each cub’s personality, the smallest by far the most adventurous – he would wander the furthest from mum and happily scrap with his siblings for the apples in a raised wooden container.

Another cub, a sister I think, would follow mum, imitating her moves. She grabbed bits of carcass whilst her mother crunched down the bones of a long past cow; she leant up against a tree after seeing mum scratch her large and heftily muscled back; she even took to the occasional pursuit of those troublesome males (albeit only after mum had already ensured their hasty departure from the area).

The pretty views of the Romanian countryside. (Go Nomad)

Yet as we sat in that relative silence, in that creaking Land-Rover, on that forest road, something nagged at me. This was not the sort of encounter I had pursued in Yellowstone National Park just over a year ago – the sort that inspired this whole journey. It was not the experience I had shared with wolves in Abruzzo, Italy.

As such this was not the experience that I needed with bears in Europe. Whilst it was incredible and I have no regrets, the two centimetres of perspex took away the wildness of the situation. I observed wild bears and it was amazing. But I will continue in my pursuit of A WILD EXPERIENCE with wild bears in Europe. I’m not going home yet.

Copyright © 2014 by Go Nomad. This article was written by Margie Goldsmith and originally published at www.gonomad.com. Read the original.