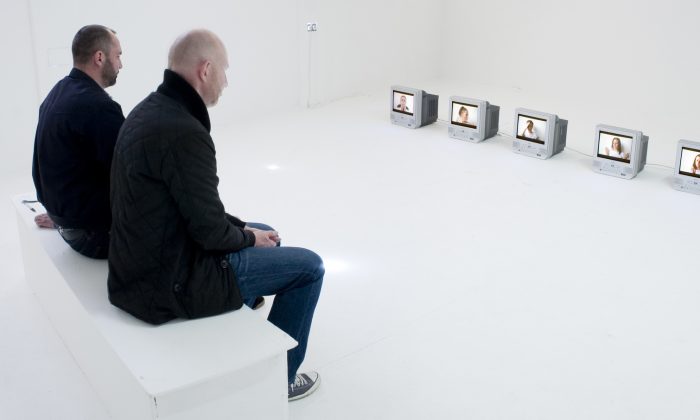 "Our findings help explain why anxious individuals may find decision-making under uncertainty hard as they struggle to pick up on clues as to whether they are in a stable or changing situation," says Sonia Bishop. (Dominic Alves, CC BY)
Mind & Body

Stable or in Flux? How Anxiety Can Botch Decisions

When things get unpredictable, people prone to high anxiety may have a harder time reading the environmental cues that could help them avoid a bad outcome.

A new study hints at a glitch in the brain’s higher-order decision-making circuitry that could eventually be a target in the treatment of anxiety disorders, which affect some 40 million American adults.

The challenge for a person prone to anxiety is assessing the situation in context of what else has happened recently and responding appropriately.

“Our results show that anxiety may be linked to difficulty in using information about whether the situations we face daily, including relationship dynamics, are stable or not, and deciding how to react,” says senior author Sonia Bishop, an assistant professor of psychology at University of California, Berkeley, and principal investigator of the study.

“It’s a bit like being Alice in Wonderland, trying to work out if the same rules apply or if everything is different and if so, what choices you should make,” she adds.

How to Manage Stress With the Right Foods

For example, a friend may suddenly lash out for no discernible reason. That friend’s behavior could reflect a typical variation in his or her day-to-day mood or interactions or, more dramatically, an underlying change in his or her relationship with you.

The challenge for a person prone to anxiety is assessing the situation in context of what else has happened recently and responding appropriately.

“An important skill in everyday decision-making is the ability to judge whether an unexpected bad outcome is a chance event or something likely to reoccur if the action that led to the outcome is repeated,” Bishop says.

The researchers’ measures also included eye-tracking to detect pupil dilation, an indicator that the brain has released norepinephrine, which helps send signals to multiple brain regions to increase alertness and readiness to act.

Participants were asked to play a computerized “two-armed bandit-style” game in which they repeatedly chose between two shapes, one of which, if selected, would deliver a mild to moderate electrical shock.

To avoid getting shocked, participants needed to keep track of the shape that most frequently delivered electrical jolts. During one part of the game, the shock-delivering shape did not change for a long stretch of time. However, during another part of the game, it changed more frequently. Highly anxious people had more trouble than their less anxious counterparts adjusting to this and thus avoiding shocks.

“Their choices indicated they were worse at figuring out whether they were in a stable or erratic environment and using this to make the best choices possible,” Bishop says.

“Our findings help explain why anxious individuals may find decision-making under uncertainty hard as they struggle to pick up on clues as to whether they are in a stable or changing situation,” Bishop says.

The findings appear in the journal Nature Neuroscience.

*Image of men from Dominic Alves/Flickr