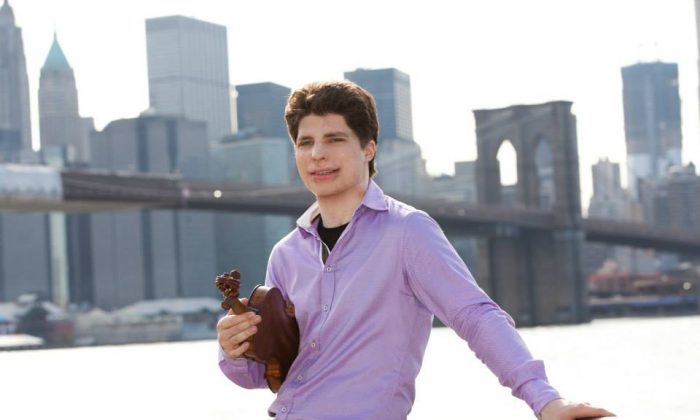 NEW YORK—French-Canadian conductor Bernard Labadie, the principal conductor designate of the Orchestra of St. Luke’s, led the orchestra in its triumphant second concert of the season at Carnegie Hall.

The opening work was the rarely performed 1791 “Olympie” Overture by Joseph Martin Kraus (1756–1792). Though he was born in Germany, Kraus spent most of his career at the Swedish court of King Gustav III and was known as “the Swedish Mozart.” (He was born in the same year as Mozart and died one year later.)

The overture was written as incidental music to a tragedy by Voltaire, which took place in the Middle East after the conquests of Alexander the Great. The overture reflects the Sturm und Drang (storm and stress) style of the late 18th century, with its shifting styles and emotions. The piece was well-played and continuously engaging for the audience.

In the second work, the program shifted into the realm of genius, with Mozart’s Symphony No. 41 in C Major, K. 551. Written in Vienna during 1788, during which Mozart also composed his 39th and 40th symphonies, this piece was the composer’s last work of its sort. The 41st symphony became known as the “Jupiter” symphony after it was so named by musician and impresario Johann Peter Salomon. A conductors’ poll by BBC Music Magazine last year named this the third greatest symphony of all time, after Beethoven’s third (“Eroica”) and ninth (“Choral”) symphonies.

The first movement, with its trumpets and drums, has a martial spirit at the beginning but becomes more lyrical as it proceeds.

The second movement is slow and song-like, while the third has a rhythmic minuet and trio. The final movement (molto allegro), a mix of sonata form with fugue, is one of the most exciting in all of music. The jubilant finale lifted the audience out of their seats.

The second half of the concert presented another work of genius: Ludwig van Beethoven’s violin concerto. The soloist was Augustin Hadelich. Born in Italy of German parents, he is now a U.S. citizen. Hadelich is also recognized as one of the leading violinists of our time. His recording of Henri Dutilleux’s violin concerto, “L’arbre des songes,” won the Grammy Award last year for best classical instrumental solo. He was just nominated for this year’s Grammy for best small ensemble performance for his CD of duets with pianist Joyce Yang of works by César Franck, Gyorgy Kurtag, André Previn, and Robert Schumann.

Even before he began playing in the violin concerto, one could sense the orchestral music coursing through his veins. His playing was gorgeous throughout. For the last six years, he has been performing on a 1723 “ex-Kiesewetter” Stradivarius violin on loan from Clement and Karen Arrison through the Stradivari Society of Chicago.

The excitement of Hadelich’s and the orchestra’s performance was so great that a significant part of the audience broke into applause at the end of each movement.

At the end of the concert, Hadelich returned for an exquisite solo rendition of Bach’s andante from the Violin Sonata No. 2.

The Orchestra of St. Luke’s will return to Carnegie Hall on Thursday, Feb. 15, 2018, at 8 p.m. for another first-class concert:  Mozart’s Symphony No. 40; Bryce Dessner’s “Voy a Dormir” (a world premiere, co-commissioned by Carnegie Hall and the Los Angeles Chamber Orchestra), and Beethoven’s Piano Concerto No. 5, the “Emperor.” Robert Spano will conduct, mezzo-soprano Kelley O’Connor will sing the Dessner work, and Jeremy Denk will be the soloist for the piano concerto.