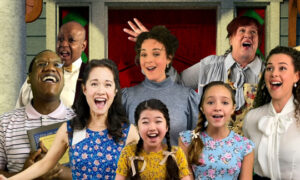 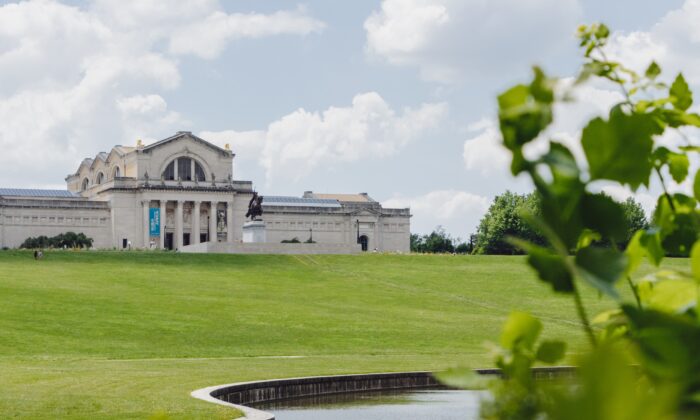 The St. Louis Art Museum in Forest Park occupies the magnificent Palace of Fine Arts, which was erected for the 1904 World's Fair. (Dennis Lennox)
Destinations

St. Louis has seen better days, but as I learned during a recent visit, the first American city west of the Mississippi River punches well above its weight with world-class attractions.

My visit started in Forest Park at the St. Louis Art Museum.

The museum’s main building, designed by architect Cass Gilbert in the then-fashionable style of beaux-arts, was built for the Louisiana Purchase Exposition, also known as the 1904 World’s Fair. Originally called the Palace of Fine Arts, it’s a fitting home for a collection spanning 5,000 years and more than 34,000 objects.

The fair was when the world came to St. Louis, a considerable feat given the realities of travel in those days. Some may know it was there that hot dogs, hamburgers, ice cream cones, and other now-established staples of American food were supposedly invented, or, at least, first served to the masses.

Forest Park—at over 1,300 acres it is larger than New York City’s considerably more famous Central Park—is more than just a relic of St. Louis during the Gilded Age.

It embodies the City Beautiful movement of the late 19th and early 20th centuries, the legacy of which was basically lost during the interwar and postwar years, as concrete and more modern forms of architecture came to dominate cityscapes. Just as the St. Louis Art Museum is one of the country’s best art museums, this is one of the best city parks anywhere.

On the other side of Forest Park stands the neoclassical Jefferson Memorial, which was built with proceeds from the World’s Fair.

Claimed as the first monument to Thomas Jefferson—author of the Declaration of Independence, who, as the third president of the United States, spearheaded the Louisiana Purchase that expanded a fledgling country westward to the Pacific—it houses the Missouri History Museum. As far state history museums go, it was interesting to explore, especially the now-concluded “Mighty Mississippi” exhibit that detailed how the river gave rise to the St. Louis of today.

A quick car ride away is Eero Saarinen’s Gateway Arch, facing the Mississippi River on one side and the Old Courthouse, where the 1857 trial of the slave Dred Scott took place, on the other.

While controversial at the time of its erection—40 blocks of buildings in one of the oldest sections of St. Louis were razed—the 630-foot monument and its surrounding area have beautified in recent years, thanks to a 3-year-old green space-covered bridge that spans an interstate highway to seamlessly connect the riverfront with downtown.

Directly underneath the arch is a must-visit visitor center and museum, which includes an overview of the 1764 founding of St. Louis by French colonists. Other landmarks worth seeing within walking distance are the Basilica of St. Louis, King of France, as the Old Cathedral is formally called; the Renaissance-inspired City Hall built at the turn of the last century; the post office on Market Street with its New Deal-era murals; and the castle-like Union Station, parts of which have been repurposed into the St. Louis Aquarium.

Stay at Le Meridien. This relatively new Marriott hotel is located a short drive from Forest Park in the St. Louis suburb of Clayton. Also nearby is Francis Field at Washington University, where the 1904 Summer Olympics were held.

Eat at French bistro Vin de Set, Cinder House at the Four Seasons Hotel, or 801 Fish, one of the better local seafood restaurants. Cafe la Vie inside the Le Meridien has unrealized potential.

Gateway Arch National Park’s museum is open daily in the summer from 9 a.m. to 8 p.m. with no admission charge. Other experiences at the park, including a tram ride to the top of the monument, require payment of fees. Be advised that the concessionaire requires all visitors to wear masks, even though Missouri has no mask mandate and anyone with medical conditions is federally exempt.

More visitor resources can be found at the Explore St. Louis website (ExploreStLouis.com).

The author’s visit was partially hosted by Explore St. Louis.