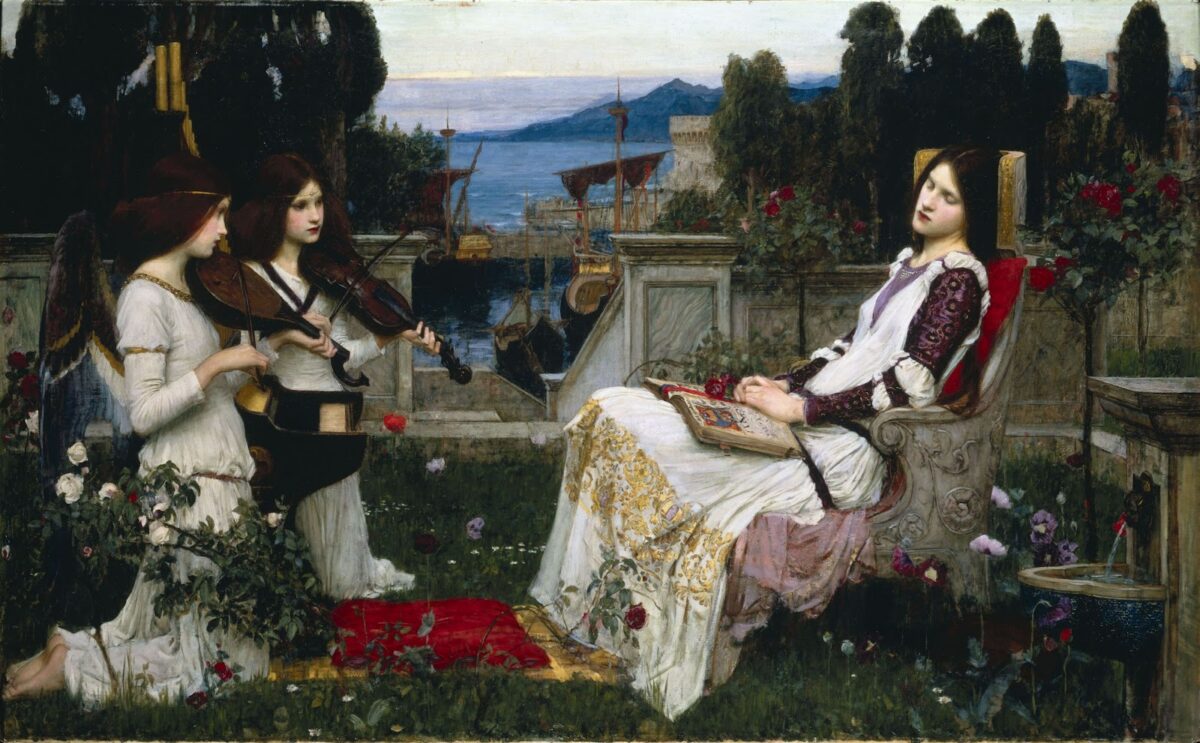 St. Cecilia and the Musical Celebration of God

Reaching Within: What traditional art offers the heart
BY Eric Bess
TIMEJanuary 9, 2022

When I shop with my wife, I often joke that—because of the music I’m hearing—these department stores must want their customers to leave as quickly as possible. Yet no one seems to notice or care. Having so much music, so often, makes me wonder whether we’ve become desensitized to bad music. If so, then how do we recognize good music?

I came across a painting by John William Waterhouse called “Saint Cecilia” that made me think critically about the nature of good music.

So who was Cecilia? Cecilia lived sometime between the second and fourth centuries and was a virgin martyr of the early Christian church.

As legend has it, she vowed her virginity to God but was forcibly married to a pagan, Valerian. Even though her husband was a pagan, she heard music in her heart when they married. She told her husband that an angel of God wished her to remain a virgin after marriage, and Valerian said he would respect her wishes if he was allowed to see the angel too. She requested that he get baptized, and after his baptism, he saw an angel donning his wife with roses and lilies.

After seeing the angel, Valerian helped the persecuted Christians by burying the bodies of the martyrs after they were executed. Cecilia was also executed for preaching and for giving her possessions away to the poor.

Other than hearing music in her heart on her wedding day, why else is Cecilia the patron saint of music? In her early life, she is thought to have rejected the music playing in her husband’s home. She claimed that she wanted to listen only to heavenly music, which helped her maintain the purity of her body and soul.

Waterhouse depicted Cecilia sleeping in an ornate, marble chair on the right side of the composition. On her lap rests an illuminated songbook and a rose. Behind her is a rosebush that blooms near her head, and a rose vine winds toward her foot. At the foot of the chair, behind the ancient fountain at the bottom right, are poppy flowers.

To the left, on the other side of the composition, two angels kneel in front of Cecilia on either side of a small organ that, according to Christie’s, she was playing before she fell asleep. The two angels, dressed in all white to signify their purity, play music for her. A bush of white roses rises around the leg of the angel closest to us and also signifies purity.

So what does Waterhouse’s painting of St. Cecilia say about music? Why did he depict Cecilia sleeping with an illuminated songbook? Why did he paint roses and poppies instead of roses and lilies—the two flowers traditionally associated with St. Cecilia? And why are the two angels kneeling to play their music in front of her?

She also, however, holds a rose on the illuminated songbook in her lap. Illuminated manuscripts are handwritten religious texts that are decorated with precious metals like gold or silver. So, Cecilia’s illuminated songbook would be a book of handwritten hymns to God, and it would be decorated with gold and silver. The rose she holds on the book suggests that these hymns are about God’s love, and she was singing these hymns as she played the organ.

Thus, the angels who kneel at Cecilia’s feet are not kneeling to Cecilia as a person or saint; they kneel because she transcends the world by way of music that celebrates God, which is a sacred event. They celebrate her elevation toward God.

The angels play for Cecilia in her state of oblivion, and since she would have transcended the cares of the world, the music she hears is not of the world. The angels chime in and play their instruments to celebrate Cecilia’s celebration of God’s love. They provide for her a source of pure, heavenly music—the type of music she desires to maintain her own purity.

Does St. Cecilia represent the goodness of music? Does she represent both the music we can produce to celebrate God’s love and the heavenly music that may play within our hearts and minds when we transcend the world? How might we make musical creations that celebrate the divine so that we too may elevate ourselves toward the love of God? 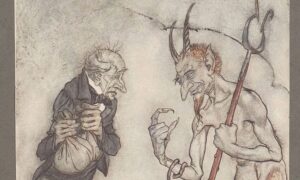 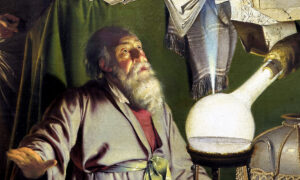 Arts & TraditionBy Eric Bess
The Gold Mine Within: ‘The Alchemist in Search of the Philosopher’s Stone’
01-9-2022
sharecomments 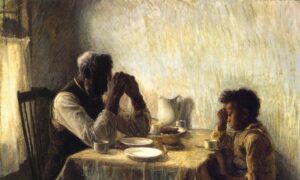 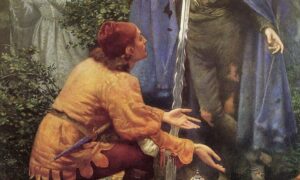