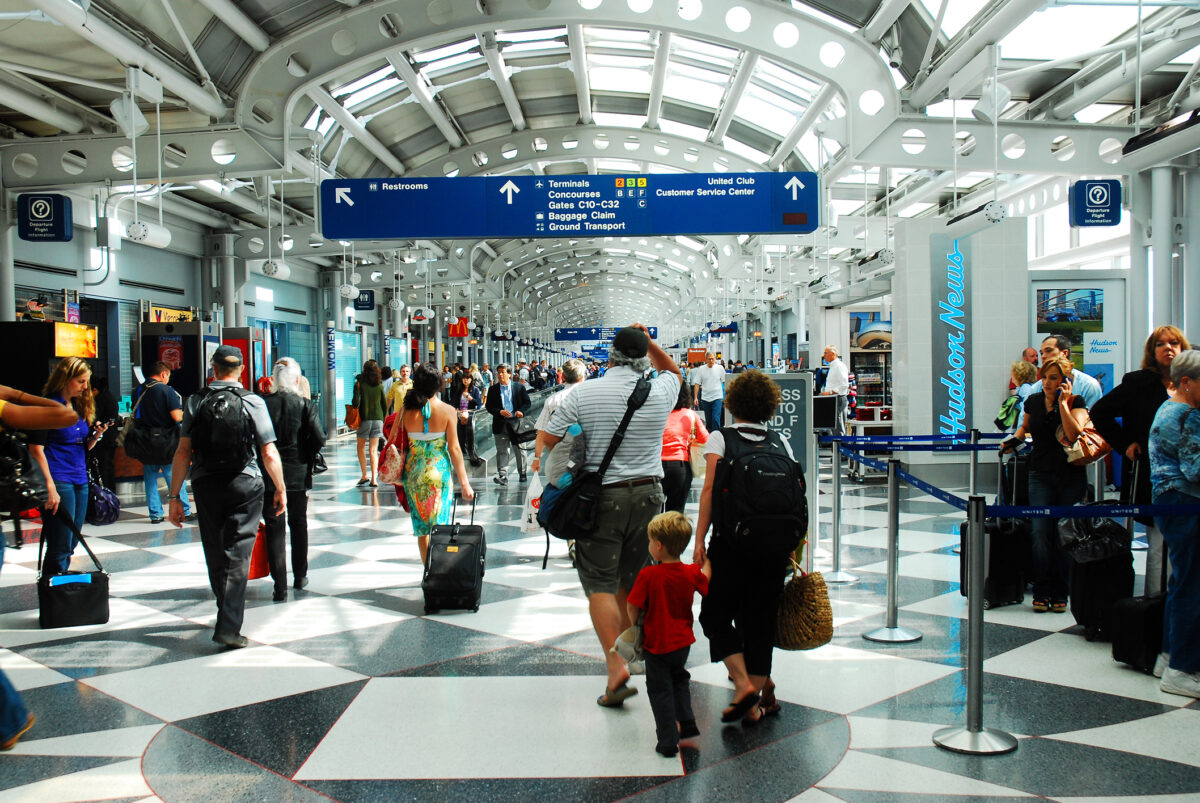 Travelers make their way through a maze of corridors in Chicago's O'Hare Airport. (Dreamstime)
Travel

Travel developments have always been tough to predict accurately and now is no exception. Just as we thought summer would be a return to something like normal, Putin launches his reign of terror in Ukraine and oil prices spike. Still, we can see a few trends that will affect travel this summer.

Paul Hudson of FlyersRights experienced a new airline abuse. When his flight was canceled late one Saturday evening, the airline rebooked him on what it said was the next available flight, some 40 hours later on Monday evening. In checking, he found two Sunday flights with available seats, but one agent refused to waitlist him on either flight, and another offered to put him on a Sunday flight only if he bought a new ticket at the much higher last-minute fare. Hudson’s conclusion on that airline’s policy: If its next available seat is on a flight likely to fill up at high last-minute fares, it will limit its offer to a seat on the next later flight that looks like it won’t be full.

Almost all airlines’ contracts of carriage promise that if they cancel your flight, they give you a seat on their next available flight, not the next flight they would prefer to put you on. Failure to honor that commitment is a clear violation of an airline’s contract. Hudson reports this as a personal experience, but urges the Department of Transportation to look into possible violations of airline contracts. I agree.

Will airfares go up, down, or stay the same? That’s an easy question: The answer is “yes.” Some folks assume that when oil prices go up, airline costs go up, so fares must necessarily go up. But that’s an oversimplification. Actually, airlines don’t set fares based solely on cost: They set fares at the level that produces the most revenue—the biggest spread between cost and price. If they can sell enough tickets at higher prices to keep or increase the spread, they raise prices. But if they can’t sell enough tickets at the higher prices, they won’t raise prices, even if costs go up. If they can’t retain a good enough spread, they pull out of the market. Deciding where to set fares is a crucial task for airline managers, who must try to figure out:

• What will costs be?

• What will consumers be willing to pay?

• What will competitive lines do?

Airline revenue managers get big bucks for finding the right balance. And consumers see just the results, as they play out in the marketplace. So, no, I can’t say for sure what will happen. As always my approach is to jump on any deal that looks good enough and don’t wait for a later “better” deal that may never come.

According to the trade press, hordes of American travelers are looking to visit Europe this summer, and as a result, airfares and hotel rates will be high. So far, published data indicate that asking prices for hotel accommodation are certainly up at this time, but that’s not a sure thing to last. Many travel industry folks expect higher airfares as well, but that’s a crapshoot.

Meanwhile, at this time, it looks as if summer travelers will need no more than a certificate of full vaccination, with maybe a booster or two, to go almost anywhere. Most countries are dropping the onerous requirement for a special pre-departure COVID test. That all sounds like Europe will be wide open and welcoming.

I hope that’s right. But I hear two questioning voices:

• One says, “COVID ain’t over till it’s over;” it may yet have another highly infectious mutation waiting for the right time to erupt.

• The other says that Putin’s aggression may get out of hand and directly involve a NATO country, which the United States is treaty-bound to defend. Welcome to World War III.

As I’ve been saying for more than a year now, plan the trips you want to take—but put as little cash upfront in the form of nonrefundables and deposits as possible.