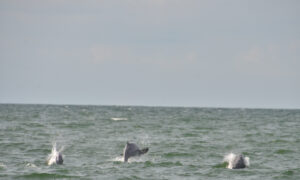 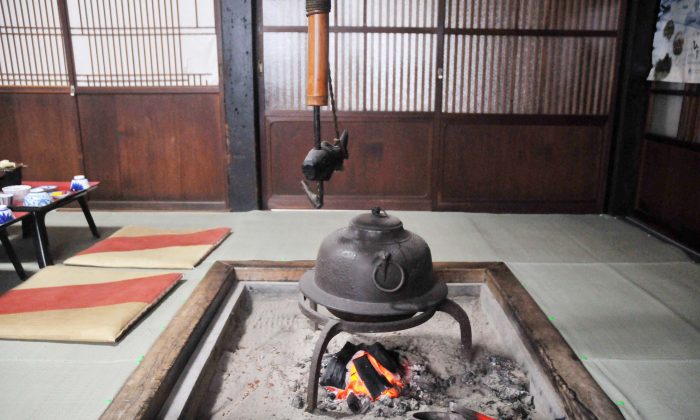 Figure 2 An irori with a jizaikagi (自在鉤), which is a hook consisting of an iron rod within a bamboo tube, and a fish-shaped yokogi (橫木). (Sun Mingguo/Epoch Times)
Destinations

Splendour of an Enchanted Wonderland— Shirakawa-go

Shirakawa-go in rural Japan is a place that comes straight out of a fairy tale especially when the entire valley is covered in snow during winter with soft lights glowing from the windows. The romantic atmosphere draws tourists from all over the world.

Surrounded by the pine trees in the mountain, Shirakawa-go is scattered with traditional farmhouses called gassho-zukuri. They are built with their gable walls facing north and south to minimize wind resistance. This also allows the roofs facing east and west to get the most sunlight which helps melt the snow and dry the roofs in winter. To prevent them from caving in due to accumulated snow, the thatched roofs are built at a 60 degrees angle. Some of these farmhouses have been around for two to three centuries, and yet not a single nail was used in their construction.

A gassho-zukuri is a wooden house with a steep thatched roof that resembles two hands clasped together in prayer. The 90 cm thick thatched roofs have to be replaced every 30 to 40 years. It is a big project which requires the labour of 150 to 200 people to complete in a day. Whenever there is a need to re-thatch a roof, the villagers would come together to do the work. The locals call such a traditional cooperation system yui, meaning “tie” or “bind” in Japanese. Re-thatching binds not just the straw to the roof, but also the villagers together. It is the sense of community that keeps the village going for over 200, even 300 years.

The furnishings of a gassho-zukuri farmhouse are also long-established. At the heart of the farmhouse is an irori which is a traditional Japanese hearth used for heating the house and cooking food. The heat keeps the creepy crawlies away while the water vapour from the boiling pot ensures the air in the house remains moist. An adjustable hook for hanging the pot and a lever usually in the shape of a fish with a square pit in the floor make up the hearth. Just like the fish-like roof decorations used in ancient China to guard buildings against fire, the fish-shaped lever also serves to prevent fire since fish is closely associated with water. Fish are also symbols of prosperity.

Shirakawa-go is not just a place with heavy snowfall. Due to the humidity in the air, the snow sticks together and can be formed and shaped with ease, which make building snowmen a breeze even to novices. During the peak of the winter season, special illuminated events on selected Saturday and Sunday evenings from mid-January to early February are organized. The gassho-zukuri farmhouses are lit up, captivating tourists as they admire the idyllic landscape from the Shiroyama Viewpoint, which offers a panoramic view of the settlement.

From the orientation to the structure and design, gassho-zukuri follows the laws of Earth, and is therefore perfectly adapted to the environment. Being perfectly adapted allows it withstand the passage of time. The long history and unique architectural character of the farmhouses has made the settlement a UNESCO World Cultural Heritage Site on Dec 9 1995.