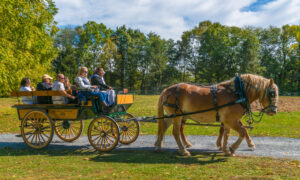 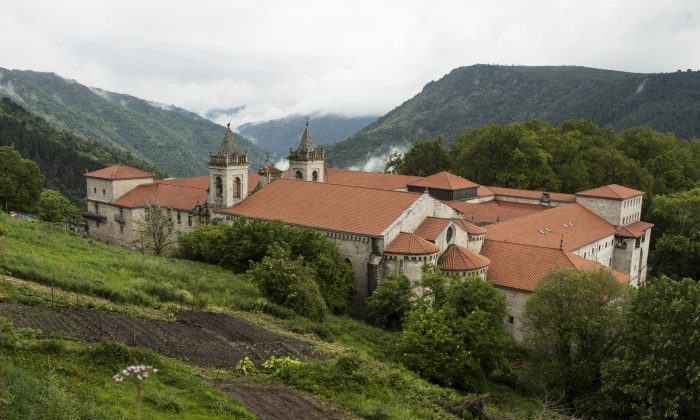 The Camino de Santiago (St. James Way), a pilgrimage route in Galicia in northwestern Spain, attracts an endless stream of pilgrims, hikers, cyclists, and even horse-riders who traverse hundreds of kilometres, sometimes over months, to see the relics of St. James that are hidden in the depths of the main cathedral there.

Directly across from the Cathedral of Santiago de Compostela stands the Hostal dos Reis Católicos, considered to be the world’s oldest continuously operated hotel. It was built as a hospice and hospital where people could rest and recover after completing the pilgrimage, and today you can eat in the basement tavern or in the main dining room, the former morgue.

Unfortunately, due to its superb location, the hostel can be a touch noisy. Just down the road is the deathly quiet San Francisco Hotel Monumento. A former monastery, it has been turned into a boutique hotel that really re-creates the contemplative atmosphere of a monastery, with a très chic interior to boot.

The road to Santiago is a well-known path for those who may be seeking renewal in their lives, or, as in medieval times, who may be looking to resolve a particular problem or to seek forgiveness for some past wrongdoing.

As Spaniards and foreigners alike make their way through the countryside, they no doubt become somewhat acquainted with the culture of the province of Galicia.

It might surprise them to learn that this is a Celtic land haunted by hundreds of legends. Yes, you read correctly. Galicians are as Celtic as Irish and Scots and are fiercely proud of it. Schoolchildren learn to play the bagpipes and the land and people look Celtic.

Galicia is a glorious green mixture of small mountains and valleys, many of which are home to important rivers that empty into the Atlantic Ocean. The province doesn’t have the arid dryness that you might associate with Spain.

Two things Galicia is famous for are its incredibly fresh and fruity Albariño wines and a dish called pulpo, that is, octopus served in a variety of ways.

Most Galicians live near or on the sea and have been building ships and exploring the seas for centuries.

Not surprisingly, seafood is on every menu. We soon learned the local names for lobster, scallops, crab, shrimp, and hake. Just to underline this strong love of seafood, in Ourense, a province in interior Galicia, a dish that translates as pigsty seafood, mariscos de cortello, is actually fried pig ears!

As in the rest of Spain, ham products are highly prized here. At a tiny Galician market town we saw a range of pork products all at one stall. They had full pigs’ heads, flattened noses, tongues, intestines, tails, ribs, even shanks. Next door featured seafood, with the ubiquitous pulpo being cooked and served up as frequently as hot dogs back home.

These delicacies are enjoyed with the white Albariño wines of Rias Baixas and Godello. Red wine from Ribeiro Sacre is also top-notch. Sadly, the latter two are rarely sold outside of Galicia.

Albariño grapes are reused to make augardente, strong firewater meant to keep away good and bad witches, a legacy of Celtic times.

Be it early morning or late evening, the cheerful chatter of birds is constant through the open window in our room at the San Estevo de Ribas de Sil, a reconverted ancient Spanish monastery in the centre of Galicia.

Now a luxury Parador hotel, there are reminders everywhere of the San Estevo’s monastic past. We had supper in the former stables, a truly magnificent hall with 15-metre-high ceilings, protected by 2.4-metre-thick granite walls. The monks’ reading room boasts one of the most attractively decorated Scandinavian-style spas I’ve ever come across. On its ceiling is a truly outstanding tribute to the entire pilgrim tradition so important here.

As I sit in the spa area, I am entranced by the ceiling made up of hundreds of blinking lights that look like a field of shooting stars. That’s when the legend from the ninth century that led to Santiago de Compostela’s renown comes to me.

The legend holds that a hermit living near Santiago noted one night that falling stars were all hitting the earth at the same spot. Intrigued by this, he eventually discovered that that spot contained the earthly remains of St. James, and the area eventually became the goal of pilgrims starting as early as the tenth century.

San Estevo, like the many monasteries that have been preserved, obviously has different functions today. As I enjoy its luxurious spa, I can’t help but wonder, “What would the monks think of this?”


Bruce Sach is a travel writer based in Ottawa, Canada.