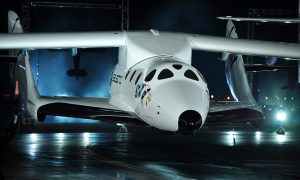 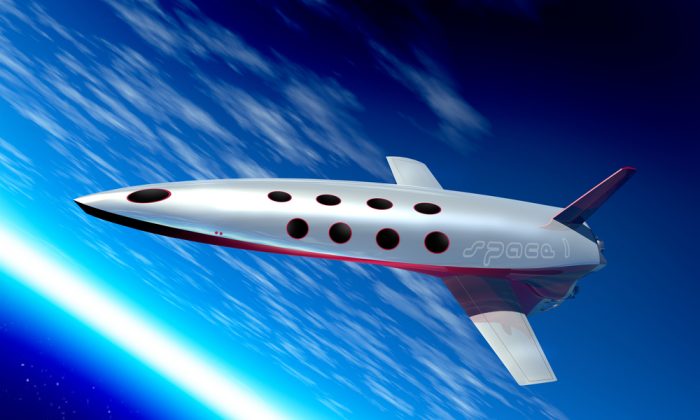 Out of this world. (Shutterstock*)
Consummate Traveler

Space Tourism Needs an ‘Orbital Megabus’ to Truly Lift Off

Britain has joined the race to become a leading hub of commercial space flight, announcing eight potential sites for a potential “spaceport” within the UK.

There are numerous questions surrounding this nascent form of tourism. Many focus on the technology in place to deliver it, the legislation that is necessary to safeguard it and, most recently, the pragmatic questions of where spaceports should be placed. But, often overlooked is the issue of exactly what the industry will look like and who it will target, which isn’t as clear cut as you might assume. The plan is to start space-plane operations by 2018, so who can we expect to be taking part in this new frontier of the travel industry?

“Space tourism” is a catch-all term that encompasses three different ideas of what the industry could look like. These are: “space tourism”, “personal space flight” and “citizen space exploration”.

As well as being used to encompass all three strands, “space tourism” can also be used in a more specific sense. In its purest form, it puts forward a mass-market future that emphasises the sight-seeing potential of trips into space. Although Virgin Galactic may aspire to this goal, they have for now focused on trips for the very wealthy, not the expansion of the market.

A true space tourism model would be comparable to the civil aviation that exists today: a significant number of passengers on one flight and eventually the possibility of a Megabus-equivalent for space travel. In this sense it is a future of commercialisation, albeit one subtly different to existing forms of transit.

“Personal spaceflight” refers to the type of journeys currently being being offered by companies like Virgin Galactic. They will take a party of up to six passengers (this number may increase in the future) for private trips into space.

This form of commercial space travel has a strongly individualistic tone to it. As the terminology implies, a certain form of wealth or lifestyle akin to the assumptions you might make about “personal trainers” or “personal assistants” accompany it. And, indeed, personal spaceflight is only open to the wealthiest of individuals, with flights currently costing anything from US$95,000 to $250,000, depending how long and personal a journey you wish to take.

What, therefore, does personal spaceflight seek to bring to the lives of those with the lifestyle and wealth that can afford these kinds of personal service? The rubric of personal spaceflight seems to envisage a future of transport – a personalised, individualistic form of transport for those who can afford it that will allow rapid travel around the world, and also leisure activities unavailable to the majority of the populace. This is in part tourism, but the tourism and leisure aspects are, in this conception, a subset of the development of a new form of transport.

Citizen space exploration has two combined facets. The first is built around an idea of democratising space – instead of space only being accessible to just astronauts and those of significant wealth, it’s about opening space up to a range of citizens. In addition, the focus is also on widening the range of those who can access space, irrespective of whether it is for touristic purposes or not – and widening the number of reasons people may choose to go to space, such as participation in “citizen science” and general educational purposes.

One way of doing this is through combining citizen science and citizen space exploration. However, for this model to be funded it would either require significant injection of funds from external sources, or an increase in the flights taking place (and a reduction in the price) to the point that the industry becomes self-sustaining despite a far lower cost-per-passenger.

The Journey Not the Destination

Regardless of the model, space tourism generally imagines a form of tourism where the objective of the travel is the travel itself – to go into space, look down at the Earth in orbit, experience weightlessness – rather than reaching a distinct destination. This brings the emphasis onto the travel experience itself, which comes with a number of risks (such as bone density loss) and a number of unpleasant aspects (such as G-force and nausea).

While many may not enjoy flying on domestic flights, the discomfort is endured in order to reach the final destination. By contrast, the final destination in a space tourism trip includes some of the downsides of the initial launch. In this sense, while it may still be the preserve of the wealthy, it can hardly be considered a form of luxury travel – more an extreme sport. Equally, it also entails a change in the perception of what a holiday or a tourist experience is, with the travel and the destination becoming one.

It remains to be seen what model of space tourism emerges in the long run, how significant the market turns out to be and the extent to which space tourism gains public acceptance or availability beyond the realms of the very wealthy. There is, as yet, little evidence of how much public demand there is for space tourism – or whether or not people would want to make the journey more than once (versus yearly holidays for example). The next few years will show us a lot about how the industry will develop, but for the time being – watch this space.

Mark Johnson does not work for, consult to, own shares in or receive funding from any company or organisation that would benefit from this article, and has no relevant affiliations. This article was originally published on The Conversation. Read the original article.

*Image of space plane via Shutterstock.