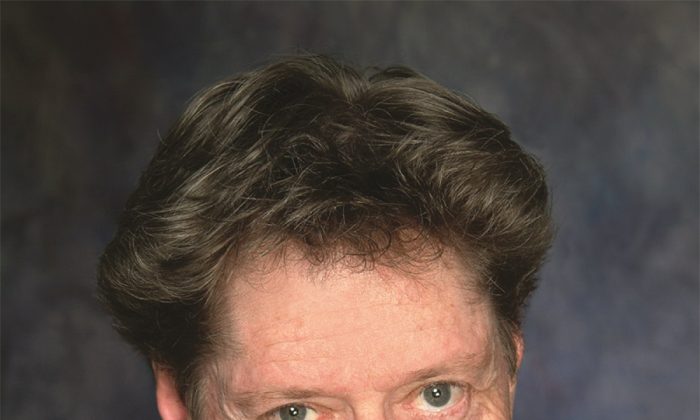 Songs for His Father: An Interview With James O’Neil About ‘Lonesome Traveler’

O’Neil dedicated “Lonesome Traveler” to his father, who was born in 1910 in Missouri. He left college during the Depression and moved to California as a “Dust Bowl refugee.” He worked first as a ranch hand and later as the president of the local Retail Clerks Union.

Woody Guthrie was one of his father’s artistic heroes (along with Will Rogers and later Pete Seeger). The show includes some of Guthrie’s Dust Bowl ballads (“Pastures of Plenty” and “So Long, It’s Been Good to Know Yuh”) and his pro-labor songs (“Talking Union”). Whenever the family couldn’t afford something, his father would say, “We ain’t got the ‘Do Re Mi'” (borrowing the title of another Guthrie song).

During the late 1950s and 1960s when the folk music revival took place, O’Neil’s father was thrilled. He brought home records by the prominent new artists and groups, which O’Neil credits as his “introduction to the idea of art and politics.” The songs dealt with the pressing issues of the day: the civil rights movement and the anti-war protests during the war in Vietnam. O’Neil credits this body of music as a massive influence on subsequent forms, from folk rock to country music and even rap.

After the turn of the century, O’Neil was disturbed that there were hardly ever concerts of these songs. So, around 2007, he began to research the development of folk music, concentrating on the period from the 1920s (when early field recordings were made) to the 1960s (the time of the folk revival).

“Lonesome Traveler” contains such nuggets as the history of “This Land Is Your Land.” Woody Guthrie took the tune he heard the Carter Family sing, “Little Darling Pal of Mine.” A.P. Carter, in turn, had appropriated the melody from a 19th century spiritual, “My Loving Brother.” Guthrie first titled his version “God Blessed America for Me” because he wrote it as a response to Irving Berlin’s “God Bless America.”

O’Neil completed the first draft of the show in 2011 and was faced with the hurdle of casting the revue.

He decided against looking for folk artists who were still around from the 1960s. “I wanted to find young folk singers who were about the same age as the originals when they were at their height, of Guthrie in the 1930s, of the Weavers and the Kingston Trio in the 1950s, and Joan Baez and Bob Dylan and Peter, Paul & Mary in the 1960s.” This was a laborious process.

“We held auditions in New York, Seattle, L.A., and Denver and then back to New York.” He found the right performers in coffee houses and clubs.

O’Neil’s initial concern in 2007 was the development of the music. He “didn’t start out to make the show political,” but the material turned out to be prescient, with the Supreme Court decision in Citizen’s United and the current union-busting.

He realized that “Lonesome Traveler” had to omit many important performers, but the show is meant to spur the interest of those who are unfamiliar with folk music or to stir the memories of those who experienced it firsthand. It certainly achieves these goals.

O’Neil hopes it will move to other venues around the country and has on-going discussions with potential backers.