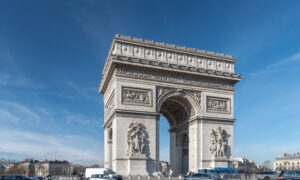 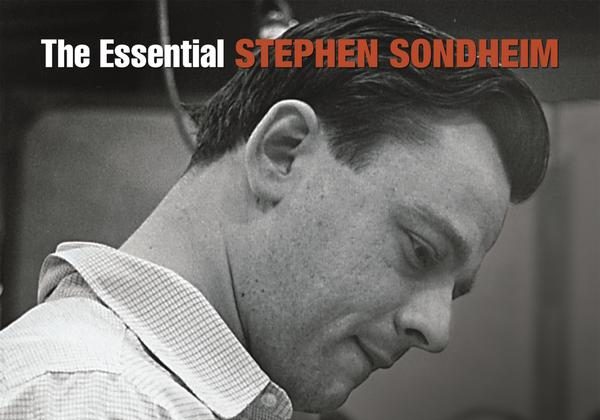 Sondheim and More on Masterworks Broadway

Stephen Sondheim is the most important theater lyricist-composer of his generation. In advance of his 86th birthday on March 22, Sony’s label Masterworks Broadway has issued a 2-CD set, “Essential Sondheim.”

During the course of his career, Sondheim has been awarded eight Tonys, eight Grammys, an Oscar, a Pulitzer Prize, five Oliviers, and the Presidential Medal of Freedom. This overview of his work shows why he is a national treasure.

Sondheim’s mentor was master lyricist Oscar Hammerstein II, and Sondheim began his career as a lyricist, although he majored in music and studied with classical composer Milton Babbitt.

Sondheim’s first smash hit was “West Side Story.” He wrote the words for Leonard Bernstein’s music. The “Essential” set begins with Rita Moreno’s “America” from the movie soundtrack. Also from the film are Jim Bryant and Marni Nixon singing “Somewhere.”

It’s nice that the singers get their names listed in the liner notes because they don’t appear in the movie’s credits. In addition to supplying the singing voice for Natalie Wood in “West Side Story,” Nixon also did the singing for Deborah Kerr in “The King and I” and Audrey Hepburn in “My Fair Lady.”

From the original Broadway cast of “West Side Story,” Carol Lawrence and Larry Kert perform “Tonight.”

Sondheim wanted to write the songs for “Gypsy,” but the producers insisted on Jule Styne to handle the music and Sondheim again wrote the lyrics. Ethel Merman’s “Everything’s Coming Up Roses” is included here, although I would have preferred Patti LuPone’s version from the last Broadway revival. Sondheim’s wit shines through in “You Gotta Have a Gimmick” from the original cast album.

Sondheim got the chance to write the music as well as the words for the hit “A Funny Thing Happened on the Way to the Forum.” Jason Alexander’s recording of “Comedy Tonight” is taken from “Jerome Robbins’ Broadway.”

“Anyone Can Whistle” was a flop, although the title song by the ineffable Lee Remick is deservedly included. Harry Guardino’s “Everybody Says Don’t” is a bit rough. “Merrily We Roll Along” is another show that didn’t have much success, but Bernadette Peters’s lovely “Not a Day Goes By” makes me wish for a new production.

After Oscar Hammerstein’s death, Sondheim provided the lyrics for Richard Rodgers’s music in “Do I Hear a Waltz?” It was an unhappy experience, purportedly because Rodgers’s talent was declining, and he was drinking. Nevertheless, Elizabeth Allen’s rendition of the title song is quite pleasant.

“Company” is perhaps my favorite Sondheim score. “Another Hundred People” and “The Ladies Who Lunch” from the original cast album are unsurpassed, the latter by the great Elaine Stritch. Dean Jones’s “Being Alive” is OK, though Raúl Esparza’s in the revival was better. (I wish Nonesuch, which has recorded some of the noteworthy Sondheim show revivals, would release its own collection.)

Some of the best numbers in the “Essential” set come from a concert with the New York Philharmonic: three from “Follies”—Elaine Stritch’s “Broadway Baby,” Carol Burnett’s “I’m Still Here,” and Barbara Cook’s wonderful “Losing My Mind.”

From “A Little Night Music,” the set has Glynis Johns’s “Send in the Clowns.” There are two numbers from the original cast album of “Sweeney Todd.” Len Cariou is the Demon Barber and Angela Lansbury plays Mrs. Lovett.

Mandy Patinkin is now best known for “Homeland,” but the excerpts from “Sunday in the Park with George” with co-star Bernadette Peters are a reminder that he was a Broadway musical star first.

Peters returned in another Sondheim hit, “Into the Woods,” here represented by her lovely “Children Will Listen.” “Agony” from the same cast album is not as essential.

“Pacific Overtures,” “Passion,” and “Assassins” further represent Sondheim’s ambitious move into other areas and his increasingly darker vision. “Sooner or Later” is from the movie “Dick Tracy” but is done here by Karen Ziemba, not Madonna (who appeared in the film.)

“Loving You” from “Passion” is performed by Peabo Bryson and Nancy Wilson, accompanied by a top-grade jazz trio.

In sum, this collection will bring joy to lovers of theater music, even if they sometimes prefer other renditions of the songs.

Like the earlier “Hair” and the later “Fun Home” and “Hamilton,” “A Chorus Line” began at the Public Theatre before moving to Broadway.

“A Chorus Line— 40th Anniversary Celebration Soundtrack” (on Masterworks Broadway) is a remastered new edition of the best-selling original Broadway cast recording, including demo tapes of composer Marvin Hamlisch and lyricist Edward Kleban. The show, developed by Michael Bennett, was innovative in that it was based on the director-choreographer’s interviews with dancers about their experiences at auditions.

The original cast is outstanding, far better than the disappointing movie. The hit song, “What I Did for Love,” is done by the terrific Priscilla Lopez. I don’t think the bonus tracks add much.

Masterworks Broadway has also issued a CD of a 1968 London cast recording of John Gay’s “The Beggar’s Opera.” Gay (1685–1732) wrote the libretto and incorporated popular tunes of the day.

Those familiar with “The Threepenny Opera” by Brecht and Weill will recognize the characters Macheath aka Mack the Knife as well as Polly Peachum and her parents. The lyrics of the 1728 work are quite sardonic (for example, “In Pimps and Politicians”). “The Beggar’s Opera” may have been a forerunner of Gilbert & Sullivan’s operettas, but Gay’s words are far more biting. That may be why Brecht was attracted to the piece.