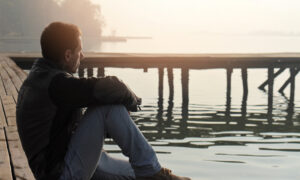 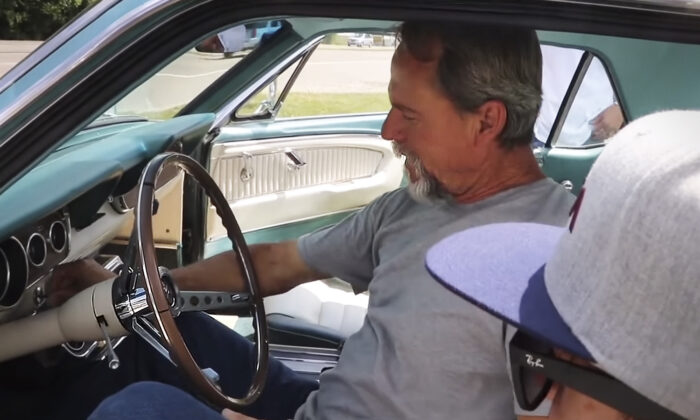 David Orgeron, of Bayou Gauche, Louisiana, wanted to find the perfect gift for his father, but it took two years of searching and saving to make it happen.

Having been raised, provided for, and looked after for many years, David, now that he was able to do so, wanted to repay his dad and say thanks in the best way possible.

The plan, which he hatched back in 2016, was to buy his father (also named David) the car of his dreams. In 2018, that plan finally came to fruition when he handed his father the keys to a 1966 blue Ford Mustang.

It all began with an innocent question to his dad: what was his favorite model and color? When he answered a blue ’66 Mustang, David made a mental note and the saving and searching started in earnest. After two years, he found just what he was looking for—in Baton Rouge.

But when you go to the time and trouble that David did, you don’t simply want to hand over the keys. Instead, he wanted there to be a big reveal, too, and so the final part of the plan was conceived.

David drafted in his brother Coby to help. They set the car on the side of the road one day with a “for sale” sign on it. They even got somebody else involved to pose as the owner.

David Sr. was then taken along to see the car and inspect it for himself, and, as they hoped would happen, it was love at first sight.

Keen to learn more about the car, David Sr. approached the “owner” and was offered a test drive. He then asked what the price was.

“Zero,” the man replied, and at that point, David sprang the surprise and happily handed his dad the keys telling him that the car was all his.

David Sr., understandably perhaps, couldn’t believe the enormity of the gift at first, despite his family’s reassurance that it wasn’t a joke. Walking away for a moment to collect himself, he could be seen wiping tears from his eyes.

However, when he climbed behind the wheel of his beautiful new ride and took it for his first spin, the reality began to sink in. He was living out a lifelong dream and it was all thanks to his sons.

He had never asked for, nor expected, such a wonderful gift, but to them, he certainly deserved it for being a fantastic father and role model. After all, clearly he had raised two generous, kind, and thoughtful sons.