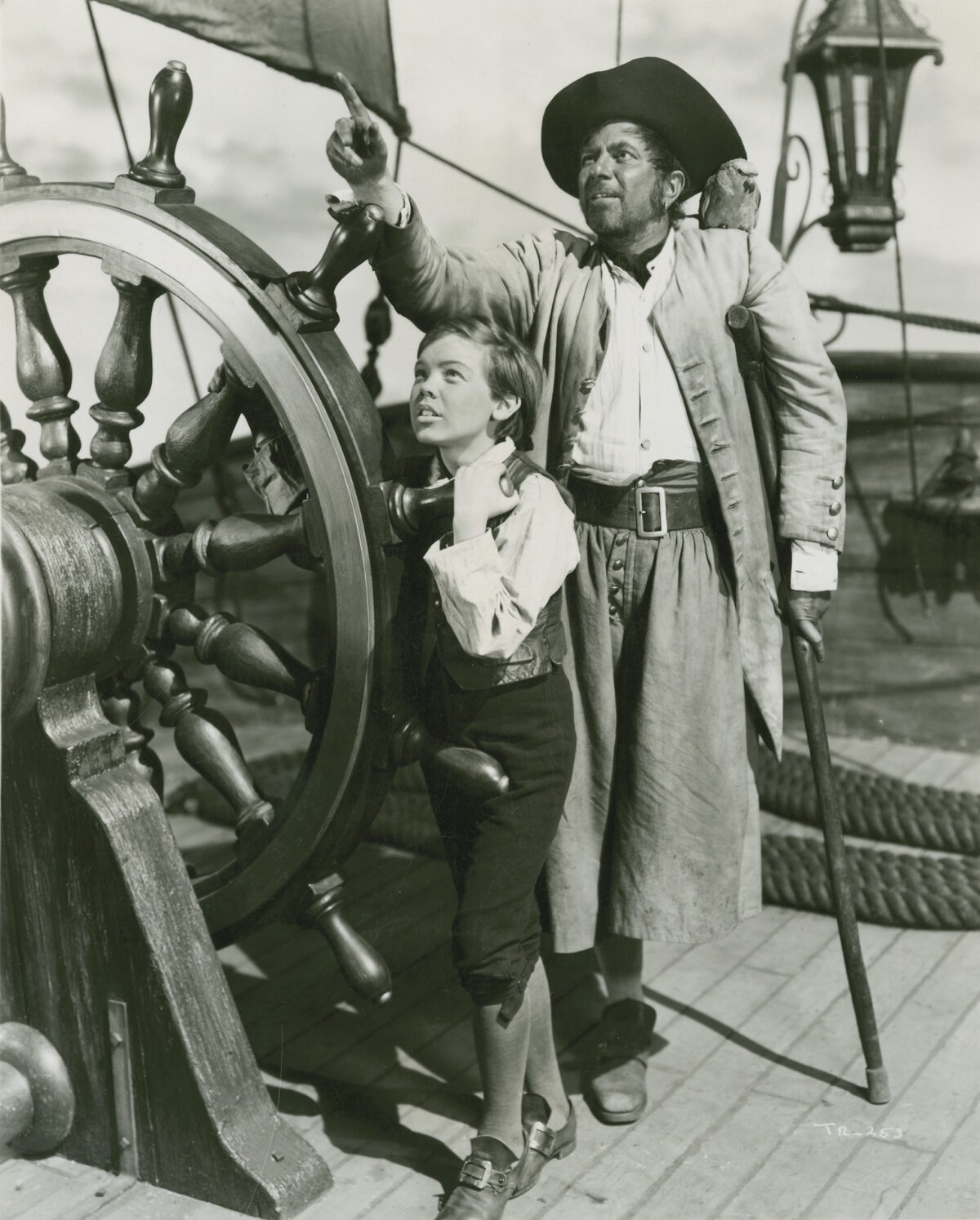 Something for Summer Reading: ‘Treasure Island’ by Robert Louis Stevenson

Mark Twain said that a classic is a book that everybody wants to have read, but nobody wants to read. Sad to say, “Treasure Island” by Robert Louis Stevenson has become one of those classics.

But “Treasure Island” lies waiting to be dug up, and perhaps the waning days of this summer is your chance to exult in this treasure of a book.

Prepare for the Unexpected

Most people expect “Treasure Island” to be full of gold-toothed pirates in gaudy costumes, running their fingers through cascades of glistening coins on an island with pristine sands, verdant palms, and ringed by the sparkling sea.

But this isle of treasure is not a tropical paradise. It is a feverish swamp infested with vipers, bristling with gray pines, and deafened by roaring surf.

The pirates are not swashbuckling gentlemen of fortune, but a ragtag pack of brainless brutes living hand to mouth, sponging for rum, and whining like children.

Our heroes are not larger-than-life stereotypes who can do no wrong. Instead, they are fragile men battling fear, devastating circumstances, and daunting enemy numbers. And at every step, their lives depend on the adventurous spirit of a boy.

Yo-ho-ho and a Bottle of Rum

This boy is Jim Hawkins, an innkeeper’s son at the Admiral Benbow Inn. His life changes when a mysterious sailor with black nails and a white saber scar on his cheek takes up residence there, filling the cove with his wild sea songs and his wicked presence.

Seafaring scoundrels soon find this mystery man there, with bones to pick with this their old shipmate, Billy Bones. In a whirlwind of action involving sabers, the Black Spot (a paper indicating that one’s time is up), and an invasion led by a blind man, the old buccaneer dies, and Jim finds what the pirates seek—a map leading to a treasure.

Off Jim sails, as cabin boy aboard the Hispaniola. Remembering the warnings he heard at the Benbow from their unwelcome guest about the seafaring man with one leg, he has some suspicion about the crippled cook.

And Long John Silver is worthy of the warnings. Though Silver’s plans of mutiny and murder appear perfect, Jim’s ingenuity against the mutineer’s savagery throws the voyage into chaos. The result is blockhouse battles, cannon fire, flying daggers, shocking twists and turns, and pitch-perfect adventure for the dog days of the season.

“Treasure Island” is constantly on the brink of disaster, but it still bears a distant yet firm promise of resolution, deftly navigating the line between realism and romance. There is never any doubt that the happy fate of romance will prevail, but the path is unpredictable and fraught with dangers that keep the reader guessing.

The plausibility of “Treasure Island” is what heightens its romance, for it depicts the romance of reality by giving readers a vicarious experience of real dangers and real horrors that must be overcome. Unsullied by the maudlin, “Treasure Island” restores our understanding of what true intrigue is: true appeal, true gravitas, and a true moral universe.

Too many people—particularly children—suffer from an insular, sheltered existence. More than ever, there is need for romance because it is remedial, because it is real. Books like “Treasure Island” don’t pander through virtual reality but rather challenge us to encounter actual reality in its most vivid and livid colors.

Everyone Loves a Good Villain

The most iconic instance of the novel’s skullduggery is the formidable Long John Silver. It is always a joy to watch a master at work, especially a master villain. Silver is a dominating force—one minute, oiling his way into hearts with disarming, flattering charm; the next, striking terror with murderous glances, cold-blooded threats, and mind-bending logic.

The core of Silver’s power is his duplicity. Couple this with a quick intelligence and you have one of the greatest figures ever imagined, deploying both subtle and bold machinations to his every advantage. Silver manages to keep a foot in all the camps that involve or interest him, which is impressive for a man with one leg.

But the most impressive and terrible moment in the puppetry of this mastermind is when he wins even the reader over, who knows full well how evil and false he is. Even armed with such insights, we cannot help give Silver the benefit of the doubt, always wondering if he truly can be as wicked as he is.

“Treasure Island” is a book that constantly pulls the floor out from under the reader’s feet. It is a book like the sea: Nothing is safe, nothing is certain, nothing is as it seems, or as it necessarily ought to be. And that is what makes it a treasure of a book.