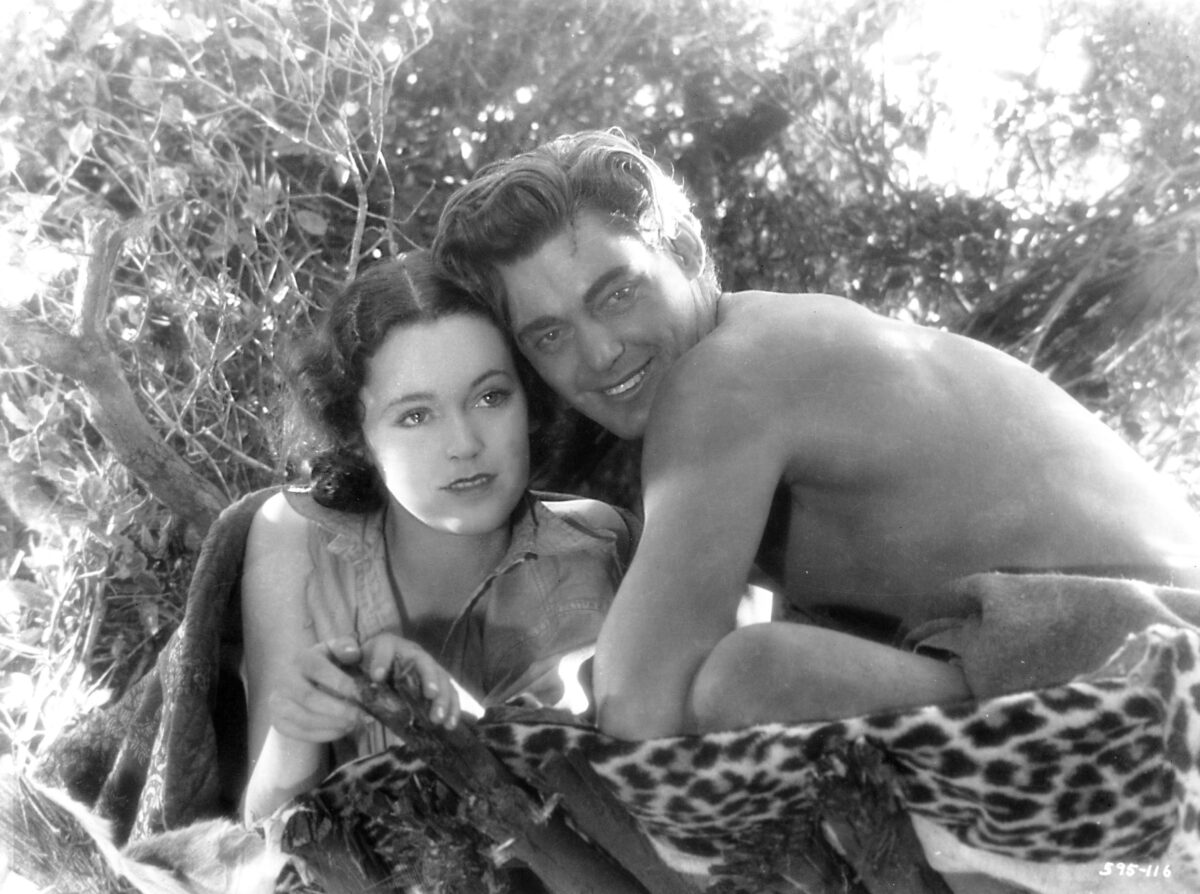 The wonderful summer book has been made into movies many times. Maureen O’Sullivan and Johnny Weissmüller starred in the 1932 film “Tarzan the Ape Man.” (MoveStillDB)
Books

Something for Summer Reading: ‘Tarzan of the Apes’ by Edgar Rice Burroughs

The distinction between what is “great” and what is “good” is significant when it comes to literature. “Tarzan of the Apes,” written by American author Edgar Rice Burroughs in 1912, is not a great book by any means—but it’s a thumping good read.

Even if “Tarzan of the Apes” is just a pulp page-turner, as the first of 25 increasingly outlandish sequels, it possesses every feature that a reader could hope for in a novel. There is nothing in the surprisingly rich and graceful prose of Burroughs that fails to satisfy, making “Tarzan of the Apes” a perfect book for summer.

Tarzan: Stereotype for a Reason

Tarzan has suffered from stereotyping over the years, but there is good reason he became a stereotype to begin with. There is appeal in the story of the English lord of Greystoke orphaned in Africa as a baby, and whose parents’ deaths caused him to be raised by apes. There is triumph in his mastering the shrewdness of apes. There is humor in his haunting a tribe of natives.

There is intrigue as Tarzan, with remarkable ingenuity, pieces together both his history and his humanity. There is delight as he finds other castaway Englishmen and falls in love with the beautiful Jane Porter.

There is exhilaration as he repeatedly rescues her and her companions from jungle dangers. There is poignancy as he is introduced to civilization, and in the contrast between modern culture and Tarzan’s noble savagery.

The exhilarating and suspenseful episodes are straightforward like a beeline, like a dash for victory, or a visceral reaction to danger and delight. Very little about Tarzan is circuitous or implied, and the book is as direct as its hero. From fighting brutes to falling in love, Tarzan is a protagonist who gets to the point with a pace and a precision that is breathless and beautiful.

The incongruities, inconsistencies, and inconceivable bits in this book’s heart-pounding events do not matter in the least. The reader doesn’t worry about physics when Tarzan is swinging from tree to tree chasing an ape that has just swept Jane off to his filthy lair. There are greater things at stake than gravity in situations like this. Nor is it bothersome that Tarzan kills Sabor, the lioness who comes on the scene on multiple occasions, as she is a worthy antagonist, and readers are always happy to find her back only to be slain again by Tarzan.

Tarzan’s story is simple, but that doesn’t mean it’s simplistic. The infamous (and misquoted) grunt, “I Tarzan, you Jane,” is the oversimplification of what is, in truth, wonderfully simple—even eloquent.

In “Tarzan of the Apes,” reality becomes as suspended as Tarzan himself upon his never-failing vines, and it is enchanting. Peril abounds, make no mistake, as fangs and nails slice through flesh and muscle to the bone.

Death is a reality that overhangs all the action, but never to the detriment of the buoyant and brave determinism of this free-spirited, action-packed extravaganza.

“Tarzan of the Apes” is a book that soars without apology, fighting fiercely in a long-lost sylvan liberty that refreshes even as it thrills to the tempo of the apes’ wild drum dances. It is as irresistible as instinct, a tale that seizes the blood and soothes the chafing of the daily grind. In its narrative and theme, the human spirit finds both exultation and exaltation. What more are summer vacations and diversions for than the renewal of such sentiments and perspectives?

The Dignity of Tarzan

Burroughs’s tale is about feral roughness on one hand, but on the other, it highlights the majesty of human nature. Humanity is given a clear ascendance when placed amidst the bestial as it claws for base survival.

Though raised by beasts, Tarzan comes to learn of his identity and dignity. At its heart, this jungle epic pits heredity against habitat to make clear the natural place of man as the lord of creation.

What is most striking, and what sets Tarzan apart from the animals most dramatically, is his innate longing for knowledge and truth. Tarzan flies through what seem to be innumerable adventures within a limited number of pages, but his greatest adventure is discovering not only who he is by birth but also what he is by nature.

His teaching himself how to read, for instance, without learning how to speak is a marvel of both logical and whimsical conjecture. Tarzan seeks belonging and understanding, as we all do. As such, he reflects the passage from childhood to adulthood, creating an arc that is, in itself, a reflection of human destiny.

Get Away With Tarzan

After reading “Tarzan of the Apes,” Rudyard Kipling said that Edgar Rice Burroughs desired only to “find out how bad a book he could write and get away with it.” Mr. Burroughs dancingly dodges this criticism and got away with “Tarzan of the Apes.” The unabashed force with which the story plunges through the plot is a rush of wonder and a sheer pleasure.

For all of its over-the-top subject matter, this story by Burroughs is a charming study of the noble savage and the inherent grandeur of man. It imparts a pride of nature as it romps and rushes in terrific and tribal glory.

Tarzan clings to a quest to find what it truly means to be human, and his adventures and discoveries are a joy to share, especially in the jungle heat of summer days.