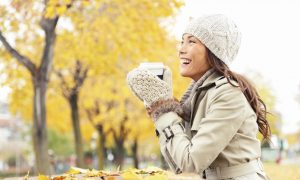 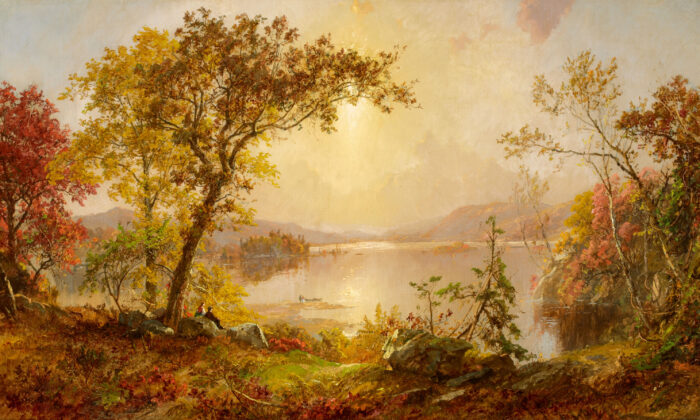 Some Poets Look at Autumn

A season of rust and gold
By Jeff Minick

Autumn, wrote poet and journalist William Cullen Bryant, is “the year’s last, loveliest smile,” and many of us would agree. Autumn is the season burnished by the vanishing heat of summer and the impending chill of winter. The hillsides glow with their mantles of scarlet and gold, the brisk air invites jackets and sweaters, and the earth after a rainfall becomes pungent with the perfume of fallen leaves.

Given the treasures of this season, we might rightly guess that our poets have spilled a river of ink in addressing its magic.

In an earlier age, when sickle and plow were the tools of so many of our ancestors, poets celebrated autumn as a time of harvest and plentitude. Here, for example, is the last stanza of “When the Frost Is on the Punkin” by James Whitcomb Riley, once a popular poet who composed some of his poems in dialect and whose chief claim to fame these days is “Little Orphant Annie.”

Then your apples all is gethered, and the ones a feller keeps
Is poured around the celler-floor in red and yeller heaps;
And your cider-makin’ ’s over, and your wimmern-folks is through
With their mince and apple-butter, and theyr souse and saussage, too! …
I don’t know how to tell it—but ef sich a thing could be
As the Angels wantin’ boardin’, and they’d call around on me—
I’d want to ’commodate ’em—all the whole-indurin’ flock—
When the frost is on the punkin and the fodder’s in the shock.

Riley’s lines capture the goodness and blessings of a well-stocked pantry, as do those of Henry Alford’s “Come, Ye Thankful People, Come,” a hymn still sung in churches today:

Other poets employ autumn as a metaphor for aging and death. This comparison harks back to ancient Greece and Rome. In Greek mythology, for example, fall is the season when Demeter, goddess of the harvest, bids a final, glorious farewell to her daughter, Persephone, whose return to her life in Hades for three months ignites Demeter’s grief and leads to lifeless winter. Until Persephone’s return in the spring, the fields remain barren, the bereft woodlands and heath stripped of their flowers and green leaves.

Shakespeare’s Sonnet 73, likely written when the poet was in his early 30s, famously makes this comparison between human death and the receding of the earth into winter:

That time of year thou mayst in me behold
When yellow leaves, or none, or few, do hang
Upon those boughs which shake against the cold,
Bare ruined choirs, where late the sweet birds sang.
In me thou see’st the twilight of such day
As after sunset fadeth in the west;
Which by and by black night doth take away,
Death’s second self, that seals up all in rest.
In me thou see’st the glowing of such fire,
That on the ashes of his youth doth lie,
As the death-bed, whereon it must expire,
Consumed with that which it was nourish’d by.
This thou perceiv’st, which makes thy love more strong,
To love that well, which thou must leave ere long.

Here the poet compares “that time of year … when yellow leaves, or none, or few, do hang” to a man in the “twilight of such day/As after sunset fadeth in the west.” He also gives us this wonderful image of trees in late autumn: “Bare ruined choirs, where late the sweet birds sang.” Here, too, is the narrator’s grateful homage to a beloved, a thank you note in verse for loving strong and well.

And some poets simply celebrate the beauty of the season. In one of his better-known works, “Autumn,” John Keats takes his listeners—we should read this one aloud—into the heart of an autumnal countryside:

“Season of mists and mellow fruitfulness,
Close bosom-friend of the maturing sun;
Conspiring with him how to load and bless
With fruit the vines that round the thatch-eves run;
To bend with apples the moss’d cottage-trees,
And fill all fruit with ripeness to the core;
To swell the gourd, and plump the hazel shells
With a sweet kernel; to set budding more,
And still more, later flowers for the bees,
Until they think warm days will never cease,
For Summer has o’er-brimm’d their clammy cells…
Where are the songs of Spring? Ay, where are they?
Think not of them, thou hast thy music too,—
While barred clouds bloom the soft-dying day,
And touch the stubble-plains with rosy hue;
Then in a wailful choir the small gnats mourn
Among the river sallows, borne aloft
Or sinking as the light wind lives or dies;
And full-grown lambs loud bleat from hilly bourn;
Hedge-crickets sing; and now with treble soft
The red-breast whistles from a garden-croft;
And gathering swallows twitter in the skies.”

“Season of mists,” “stubble-plains,” “the small gnats mourn,” “hedge-crickets sing”—this was a poet with a sharp eye for detail and a love for nature.

American writer Thomas Wolfe, whose prose often reads like poetry, adored autumn, celebrating it many times in his novels, its gaudy dress and its intimations of loss and death. In this passage from “Of Time and the River,” Wolfe sings his praises of October:

“October had come again, and that year it was sharp and soon: frost was early, burning the green on the mountain sides to massed brilliant hues of blazing colours, painting the air with sharpness, sorrow and delight—and with October. Sometimes, and often, there was warmth by day, an ancient drowsy light, a golden warmth and pollenated haze in afternoon, but over all the earth there was the premonitory breath of frost, an exultancy for all men who were returning, a haunting sorrow for the buried men and for all those who were gone and would not come again.”

Like Thomas Wolfe, we too celebrate this pathway from summer to winter. We drive into the mountains to observe the trees changing color, decorate our porches with pumpkins, heat apple cider on the stove, and listen to brown leaves skittering across the pavement of walkways and parking lots. Few of us are farmers, but we still “raise the song of harvest home” with Thanksgiving Day, and many among us honor the dead on All Souls Day.

And we can, if we wish, spend some time with the words some poets have put to paper, thereby enhancing our joy and pleasure in the season of rust and gold.