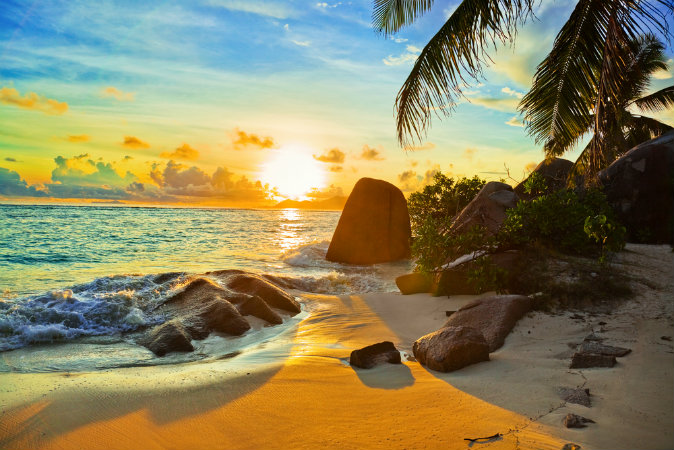 Some of the World’s Best Beaches

As the summer is almost over here in the Northern Hemisphere, it is time to catch the last hot days for a refreshing dip in some sea. So, I got the idea to search for ideas which would be the best beaches in the world. Well, indeed, there are not so many in Europe or North America, but still, here, in Europe, you can still find some of the world’s best beaches. So, after a net research and based also on my travels, I compiled the below list. Where are the beaches ? Maldives ? Thailand ? Did I ever heard anything about Costa Rica ? Well, I did… so let’s go.

Tulum, Mexico. Think about a fantastic Maya city with a great castle and an emerald green sea behind you ? Here is the place where you can both dip in sea and in a glorious history. Feeling like walking in bikinis centuries-old ruins ? Here is the right place.

Hong Island, Thailand. I shouldn’t really tell you this secret, but because you are my readers I will do it. The big difference between these islands and the worldwide famous Phi Phi is a movie – “The Beach” which was filmed in Phi Phi and not here. So, you will find a similar paradise but with 100 times less tourists. Where ? Not far away from Ao Nang, Krabi province.

Sunset beach, Peroulades, Corfu, Greece. Think about a canion-line cliff which just drops in the sea. And a tiny sandy beach below going slowly into a green water. Here you are. Really spectacular.

Grand Anse, La Digue Island, Seychelles. The folks from CNN Travel placed it as number 1 beach in a ranking which includes 100 beaches of the world. Well, it should be something 🙂 .

Mal Pais, Santa Teresa, Costa Rica. Well, we should include here not only quiet beaches where you can only sleep, swim or get sunburns, but also a surfer paradise, a beach with strong winds and beautiful strong waves… here you go in Costa Rica. Surfers name it exceptional.

*Image of Thailand via Shutterstock