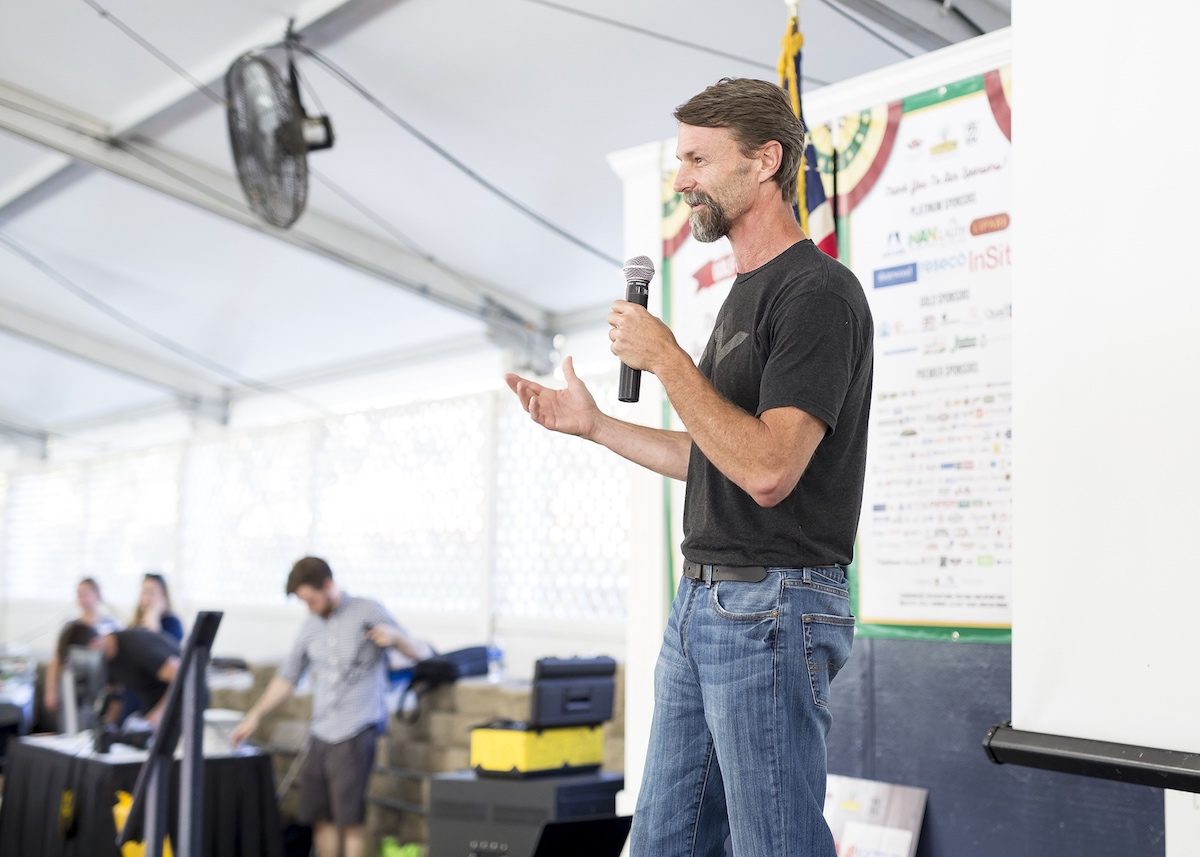 Tom Spooner was in the United States Army for 21 years. (Courtesy of Warrior's Heart)
People

Soldier to Soldier: Coping With the Scars of War

Our nation’s veterans often return from war with both physical and emotional scars, and it can be difficult to talk about them with people who just don’t understand. One veteran endured his own struggles, and now he’s helping others cope with their own, soldier to soldier.

Tom Spooner is 49 years old, and lives in Whispering Pines, North Carolina. When he was 20 years old, he enlisted in the United States Army in 1990. Growing up, all he ever wanted to do was to join the military. Furthermore, his grandfather was a World War II veteran, and his uncle was a Vietnam War veteran.

Spooner excelled in the Army immediately beginning in basic training, and enjoyed the camaraderie that came with being in the military.

“I felt like I was a part of something greater than me,” Spooner told The Epoch Times.

For the first five years of his service, Spooner was in the 82nd Airborne Division of the Army. While he was in basic training, the Gulf War began and Spooner found himself in combat within four months of joining the service. Spooner also discovered he was a naturally gifted soldier.

During the Gulf War, Spooner quickly learned to listen to his fellow soldiers who had been in combat before. He also learned about the brutality of war, which made him mature rather quickly.

After his service in the Gulf War, Spooner realized he wanted to see how far he could push himself. In 1995, he went to selection for special forces. After he made it through selection, he went to a qualification course and became a special forces engineer.

Following his qualification Spooner was assigned to the 7th Special Forces Group, which was responsible for operations in Central and South America. Spooner was deployed to regions to advise and assist local governments during the War on Drugs.

“I loved it. I loved anything and everything about [what] I was doing,” Spooner said.

Two weeks after the terrorists attacks of September 11, 2001 Spooner went to the selection course for 1st Special Forces Operational Detachment-Delta. Spooner never thought he would make it, but he didn’t want to have the regret of not trying out. To his surprise, he made the cut.

From 2001 until 2010, Spooner went on 12 combat deployments for a total of 40 months of combat. Spooner was deployed to Afghanistan once, and then Iraq 11 times.

The high points of Spooner’s service were capturing or killing the worst of the worst. Spooner also experienced low points, which included three mass casualty events.

The last mass casualty event Spooner was involved in killed and wounded several soldiers in 2006 in Iraq. They endured a mortar attack, and one of the shells landed about 20 yards away from Spooner which left him with a mild traumatic brain injury (TBI). At the time, he was unaware of his mild TBI.

The event was also tremendously emotional for Spooner. Prior to the attack, Spooner had an entirely professional outlook on his role as a special forces soldier. The attack in 2006 made the experience more emotional for him.

“What became hurtful to me and my humanity was prior to that moment in 2006 it was business. It was professional. It was good guys against bad guys,” Spooner explained. “From that moment on it became very personal.”

Spooner developed a large amount of rage and hate toward the enemy, which ate away at him over time.

Spooner had planned on serving in the Army for 25 years, but was medically retired as a result of his mild TBI and back injuries in 2011.

Prior to his retirement, Spooner experienced an episode where he had suicidal thoughts in 2010. Unbeknownst to him, he had been struggling with the effects of the mild TBI and PTSD.

Spooner would have large mood swings, experienced significant memory loss, slight hallucinations, headaches, insomnia, and memories of traumatic events from his experience in war. Sometimes he would be driving, and wouldn’t know where was.

“I needed to stop what was going on between my ears as far as all the thinking, all the emotions, just the hyper-vigilance, all this that was going on. And all my tools in the toolbox weren’t working,” Spooner recalled.

Spooner tried praying, meditation, and was part of a support group, but nothing seemed to help. He looked at his pistol, and felt it would turn off what was happening in his mind. Fortunately, he had a moment of clarity and didn’t pick up the gun.

Once that episode occurred, Spooner realized he needed help. He reached out to his best friend who was also in special operations who pushed him to get help. Spooner underwent psychological, cognitive, and eye movement desensitization and reprocessing therapy to help address his issues. Fortunately, by seeking help he started to get better.

For work, Spooner started training law enforcement and some military for several years. He got a lot of satisfaction knowing that his training was saving lives. However, Spooner wanted to do more and discover his passion.

After meeting a friend named Josh Lannon, who owned substance abuse recovery centers for civilians, Spooner discovered his next step in life.

Spooner himself had struggled with alcohol in the past, and had been sober since 1992. He had also been very active in the alcoholic recovery community.

Spooner found his calling after he learned that 22 veterans were committing suicide every day. He also learned that a large proportion of these suicides also had a chemical dependency component.

“That was where really I found my spot outside of the military,” Spooner said.

In April 2016, Spooner co-founded Warriors Heart with Lannon and Lannon’s wife Lisa to help veterans and first responders who have a substance abuse disorder coupled with mild TBI and/or PTSD. As opposed to a hospital setting, Warriors Heart operates on a 540-acre ranch in Bandera, Texas.

Veterans and first responders who participate at Warriors Heart are in an in-patient treatment facility for a minimum of 42 days.

Warriors Heart employs a peer-to-peer model so veterans and first responders are able to empathize with each other’s experiences. The organization also uses a training program in military time to structure participants’ recovery.

The first activity of the day is breakfast or “chow.” After breakfast there is physical training which features a gym, yoga, and jiu jitsu. The next step on the schedule is group therapy.

In the afternoons, participants engage in individual substance abuse and trauma counseling three times a week, which is followed by activities. During this time veterans and first responders can go fishing, and can work in the metal shop, wood shop, and art shop.

After dinner, there’s a group meeting which is followed by free time. Participants can watch movies, play ping pong, shuffleboard, and there is a large campfire where participants can share stories and experiences with each other.

“That’s where the real magic occurs,” Spooner said of the campfire discussions.

Civilians can also play an active role in helping out veterans by being involved in their communities. Whether it’s making a donation or just reaching out and having a kind conversation with a veteran, civilians can do a lot to help.

For instance, on Sept. 18, 2019 the Fresh Thyme Golf Classic will benefit the Warriors Heart Foundation and Mission 22.

“They [veterans and first responders] answer our call when we’re in a time of need, so how are we answering them in their hour of need,” Spooner said.