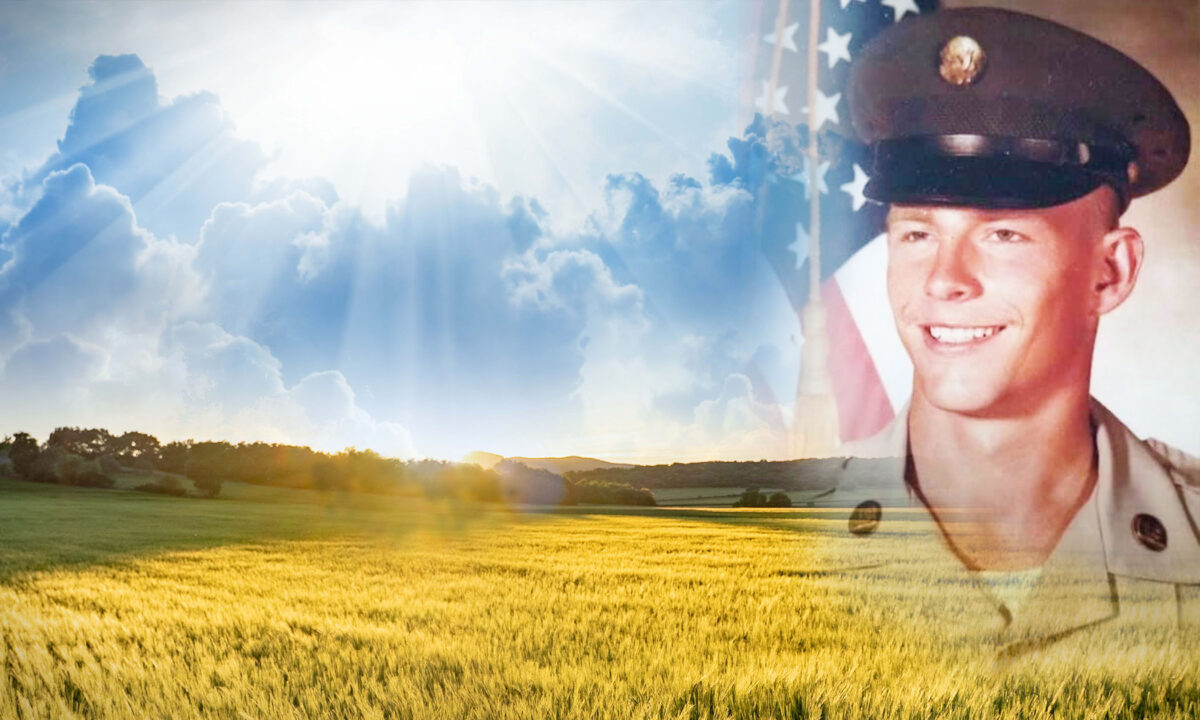 A talented athlete, Scott Drummond was drafted into the Army in 1971. While his peers shipped off to Vietnam, he was lucky; his skills on the basketball court kept him off the front lines, playing ball in Germany in the military as many of his soldier brothers died in Vietnam.

While Drummond survived, his own brush with death occurred during a skiing trip when he was 28, which led to a near-death experience, when he says he sojourned to Heaven and met the Lord.

He would not speak of his experience for 40 years, until he was finally compelled to share it to offer hope in troubled times.

Drummond, now 68 and living in Provo, Utah, had an accident on the slopes that day so many decades ago. After pulling off his glove, he saw his dislocated thumb limply dangling by the skin. He called his wife and was taken to the hospital, where a medical mishap caused him to leave his body. Drummond explained what happened.

“I was on the operating table and they were planning the surgery. It was a nurse and a doctor at the time; they put a sheet between me and where they’re operating on my thumb,” he told The Epoch Times. “The anesthesiologist was scheduled to be in there to give me the medicine so that I could be put out for the surgery, but he was called away in an emergency.”

An experienced nurse, but who hadn’t ever performed a Bier block (using a tourniquet to regulate localized anesthesia to perform surgery), made a mistake while the doctor worked on his thumb, and the medicine traveled up Drummond’s arm and into his heart.

“The medicine that they put in for the local is lidocaine, and I’m to find out later I’m allergic to lidocaine. It’s one of the reasons why it kind of made me leave this life,” he said. “What happened was I was lifted right out of my body and I stood there looking over my body. I was watching all this from above, looking down and seeing my body lying on the table.”

The nurse ran out of the room in a panic, screaming that she had killed Drummond. Medical staff began working to save his life, while his doctor continued the procedure on his thumb—all of which Drummond saw clearly, having left his body. He heard a message in his mind, “It’s time to go.”

“Someone was standing right next to me. I couldn’t look at him but I communicated with them through my mind,” he said. “He was talking to me through his mind and I didn’t speak to him; it was just through my mind. And the next thing I knew I was standing in a field, and it was a beautiful field with tall grass probably up to my waist. … This grass was flowing and it was flowing towards me, which in my mind I felt the love coming from the grass.”

“I was gone. I was dead. I was moving on. I could look from side to side and I could look in front of me but I wasn’t allowed to look back,” he said. “On the far left was big tall trees and it was a forest. It was trees that I had never seen before until about three years ago when I went up to Olympic forest in Washington. … The next thing I noticed was the colors; the colors were brilliant. I’ve never seen colors like that before. We tend to see things in 3D here on Earth; you magnify that by 10 and that was the color of the leaves on the tree. They were a brilliant green.”

Between Drummond and the trees was a field of wildflowers up to his waist.

“The unique thing about the wildflowers were all of the flowers were facing me,” he said. “I felt connected to those flowers because of the love that was coming from those flowers. … I thought it was a very calming feeling. And in front of me there was a cloud but it was a brilliant, pearl white color.”

At which point, Drummond saw his life unfold before his eyes in a video, all the way from when he was 8 years old until he was 20.

“I saw everything. It wasn’t like a video stream; it was all done in my head; it was all in my mind, but I lived it,” he said. “I lived it again. I saw my family; I saw the sacrifices that my parents did for me and in my sports, taking me to all my games and all the events and everything; and it was all done out of sheer love.”

He keenly recalls these experiences lived again in clear terms of either “black or white,” “good or evil,” with nothing in the middle, no gray area.

“There is either right or wrong, good or evil. And there was nobody there for me to justify things with—my view,” he said. “In my life up until then, I wasn’t truly on the right track. Playing professional sports and playing collegiate sports, you have to do everything you can to get ahead. And some of those things were not right. And even in the business world in order to get ahead a lot of times you have to step on other people along the way, and I realized that what I was doing was not right.”

Then Drummond was back in front of the cloud, which he then walked toward. A hand extended from it.

“It wasn’t anything I’d ever seen before because it was so pure and I could not determine what color it was. It was just too pure,” he said. “I studied that arm. … His forearms were bigger than mine. And I noticed, from the way that the arm came through the cloud, that he was a little bit taller than I was.

“Then I studied his hands. His hands were a lot more meaty. This was somebody that either worked in construction, or was a farmer, or perhaps a carpenter. He was a person you could tell used his hands. … They were very strong.”

Drummond now says he believes that man was, in fact, the Lord, who then told him, “It’s not your time. You have more things yet to do.” Drummond continues to hear that message every day today.

“And the next thing I knew, I was sent back to my body and I was lying there on the stretcher,” he said. “I was being wheeled out of the room, and all of a sudden I started moving all over the place. I had the biggest war going on in my body because I did not want to come back. I had never felt love like that before, and I’ve never felt peace like that before in my life.”

Drummond had been pronounced dead for 20 minutes. Now he realizes that he had been given another opportunity here on Earth, one that he would have to seize from that day forward.

“The reason why I was sent back is because I was too selfish in my life. I haven’t learned how to be kind to others and treat people with respect the way I should have,” he told the newspaper. “One thing that I probably regretted the most was I never told my wife how much I love her. Before I went into the surgery, all I did was say, ‘See you later,’ and I had no idea that I could have been gone.”

Since his brush with death, and subsequent heavenly encounter, Drummond has learned to be kind and considerate toward others. Instead of focusing on himself, he prefers to help people in their careers by building them up so that they can improve.

“The lessons I learned are so valuable,” he said. “And it didn’t happen overnight. … It’s something that I’ve had to learn over 40 years, because I want to have a better report when I go back next time.”