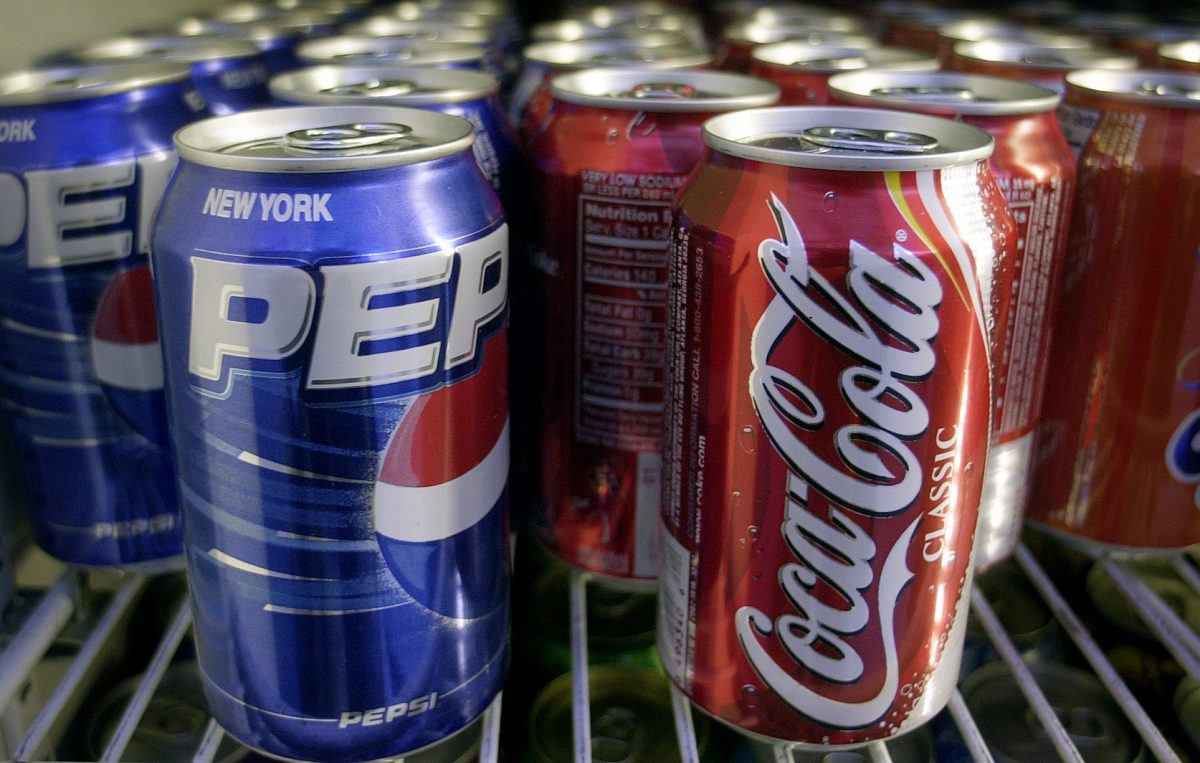 Cans of Pepsi and Coke are shown in a news stand refrigerator display rack in New York on April 22, 2005. (Mark Lennihan/AP Photo)
People

Has a can of soda ever exploded in your car? Fridge? Purse? Have you ever ordered a 12-pack of soda and received some dented, flat, or outright empty cans? You’re not alone.

Soda companies handle a plethora of complaints, and thanks to social media, we can now peek into the minefield that is customer relations.

We’ve looked through the PepsiCo and Coca-Cola Twitter feeds and picked the most common and the most egregious problems customers complained about in the month of June.

“So these exploded in my cabinet and are growing something green inside. That can’t be good,” posted user William W.

Hey @CocaCola So these exploded in my cabinet and are growing something green inside. That can’t be good. pic.twitter.com/NaDeWI0J4I

User Lucy, It’s Whatever opened “a new 6-pack today and found an empty, sealed can.”

.@CocaCola Opened a new 6-pack today and found an empty, sealed can? pic.twitter.com/iqinSWHm4o

User David Yañez found something strange at the bottom of a coke bottle and we don’t want to know what it is.

“A can just #exploded in my car!” shared user Mirjam de Groof. “Car a #mess, clothes a mess and I’m still thirsty!”

@CocaCola @DietCoke A can just #exploded in my car! Car a #mess, clothes a mess and I’m still thirsty! #Spooky pic.twitter.com/hhR8KOotKU

User WOLFPACK1 apparently obtained a flat bottle of Coke from a vending machine.

Couldn’t figure out why the soda I got from the @cocacola vending machine was already flat. Wait – that said 2014?! pic.twitter.com/kFDKDwleNi

And user james shaw found a rather unusual variety of Fanta.

User Leisa Ashton wrote she bought this rather underwhelming Coke Zero from a vending machine. Can one perhaps look at the bottle as half full?

And just for a good measure, let’s throw in a couple more can explosions.

@CocaCola Any reasons why this has gone off like a grenade in my fridge so hard it blew the door wide open? pic.twitter.com/mz1fH2HqX1

Unopened can exploded in my face on way back from work! @CocaCola @CocaCola_GB #dangerous #ruinedshirt pic.twitter.com/TUQg396brJ

I guess @CocaCola can’t handle the Arizona heat either! pic.twitter.com/nyZGQ2Sfyn

And this is how harsh the market can be for a soda company.

After user Mike Hudoba couldn’t resolve an issue with a Coke machine, he let the company know just how the free market works.

@CocaCola no thanks. After a dozen calls to you with no resolve I found my own solution – this ice cold @pepsi pic.twitter.com/xpscCux0fE

Of course, we looked at Pepsi too. Here are some of their June mishaps:

“Pulled a can out of the cherry Pepsi case and it’s sealed but 75% empty,” wrote user Ly.

Pulled a can out of the cherry Pepsi case and it’s sealed but 75% empty ??? What. @pepsi

And how about this Pepsi truck leaving unsolicited soda on the street?

Sometimes people received too little in the package, other times they received more then they expected.

Like user Power_upo’s aunt, who found something resembling a caramelized clump of sugar in her can of Pepsi.

My aunt was drinking Pepsi and this ended up in her mouth @pepsi pic.twitter.com/k3lE78eDzH

And Pepsi can explode too.

More dangerously, this customer’s can of Pepsi shot up a piece of metal during opening. This can’t be good for marketing.

@pepsi You trying to kill somebody? Have a whole 12 pack doing this. #dangerous pic.twitter.com/Jm4GSf84lg

And speaking of marketing roadblocks, user Genesis wrote she found a roach in her bottle of Pepsi.

Can someone please explain why there’s a ROACH in my closed bottle of Pepsi @pepsi @PepsiMEX pic.twitter.com/xyyaAJtVDX

To be sure, the companies sell billions of gallons of soda every year, so it makes sense, here and there, there will be some bugs—hopefully, mostly figurative ones.

We’ve reached out to user Genesis as well as to The Coca-Cola Company and PepsiCo. We will update the story if we receive a response.

Update: Twitter user Genesis responded on June 29, saying she hadn’t yet contacted Pepsi’s customer service, but planned to do so.