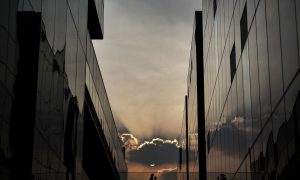 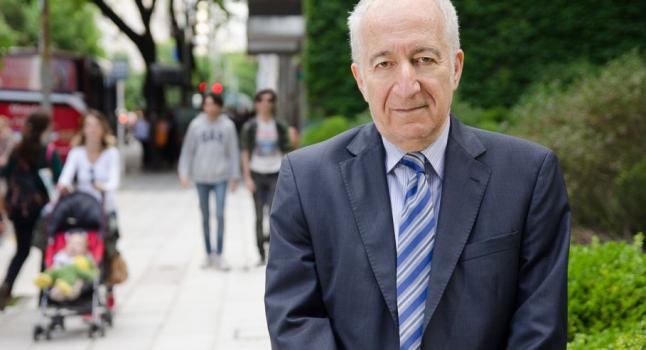 ‘Social Responsibility Is a Way of Living’

In an exclusive interview with Epoch Times, the father of the "social management", Dr. Kliksberg, explains what Social Responsibility is about
By Miguel A. Díaz
biggersmaller
Print

BUENOS AIRES, Argentina—Dr. Kliksberg is a global mentor in Corporate Social Responsibility and founder of the new discipline known as “social management.” This has led him to travel the world advising various agencies such as the UN, OAS (Organization of American States), UNICEF, among others, and giving talks about this new discipline, which gives priority to the ethical dimension of the person in order to improve social conditions.

Despite having five university degrees, being the author of 63 books, and hundreds of papers, his plainness is proportional to the magnitude of his curriculum. Dr. Kliksberg spoke with The Epoch Times about social and cultural issues, and the resurgence of the concept “considering others.”

ET: Social Responsibility (SR) is based upon which values?

Dr. Kliksberg: For me, the idea of SR derives from the concept embodied in the figure of Cain, who killed Abel-his brother out of envy and meanness, because he had a closer relationship with the Divine. That is pure selfishness: I don’t care about others at all. And if the other person hinders my happiness, I will eliminate him or her.

But, there are also concepts in the opposite direction. In my television show there are many contemporary figures and events showing that mankind has a very large potential for solidarity that we need to stimulate and mobilize.

I choose to mobilize the solidarity option instead of the selfishness one.

ET: Will a company led by SR have a good performance?

But above all, an entrepreneur with CSR will live a fuller life with more inner happiness, and will be a good example for his or her children and family. So SR is a way of living I would say.

ET: Is there a resurgence of the concept “considering others?”

Dr. Kliksberg: I would say there are two trends currently. The “Cains” from this financial speculation, who do not have any respect for others and are impoverishing nations and peoples.

On the other hand, there are 140 million people who do volunteer work, help others systematically without any fee or reward, just because they want to be supportive. So there is this phenomenon of companies which are taking significant commitments to the community.

Many sectors in the world are looking for ways to improve themselves. There is a legion of people who feel inspired to solidarity and SR.

ET: What role does civil society play in making these organizations fulfill their SR?

Dr. Kliksberg: A central role. Corruption is usually approached from a legal point of view, which is right: very strong laws must be created (“zero impunity”) and so on; but I would add an item: the Nordic countries are the ones in the world with the least corruption. There, the corrupt conduct has been internalized through education as something disgraceful. Society rules out those who are corrupt, they are regarded as despicable people. This does not come with the rain, or cannot be imposed by law, it has to do with education and values.

For example, if one manages to strengthen the idea of volunteering among young people, this is killing corruption. Controls and obstacles of all sorts need to be created against corruption, but we must also work on culture and education to create attitudes in the opposite direction. The success of these societies in their fight against corruption lies not in its legal success, but rather in its ethical success.

ET: Do you relate atheism with such disregard towards others?

Dr. Kliksberg: My father had a main sentence: “Those who believe they don’t believe, they actually BELIEVE they don’t believe.” There may be different situations, but human beings have a deep spiritual background.

You can instill in elementary school the values of solidarity, collaboration, seeking others, and loving them. Chances are great that these kids with spiritual and ethical values will become the good people in every way. Well-taught spiritual values are part of the most valuable assets that a human being can have.