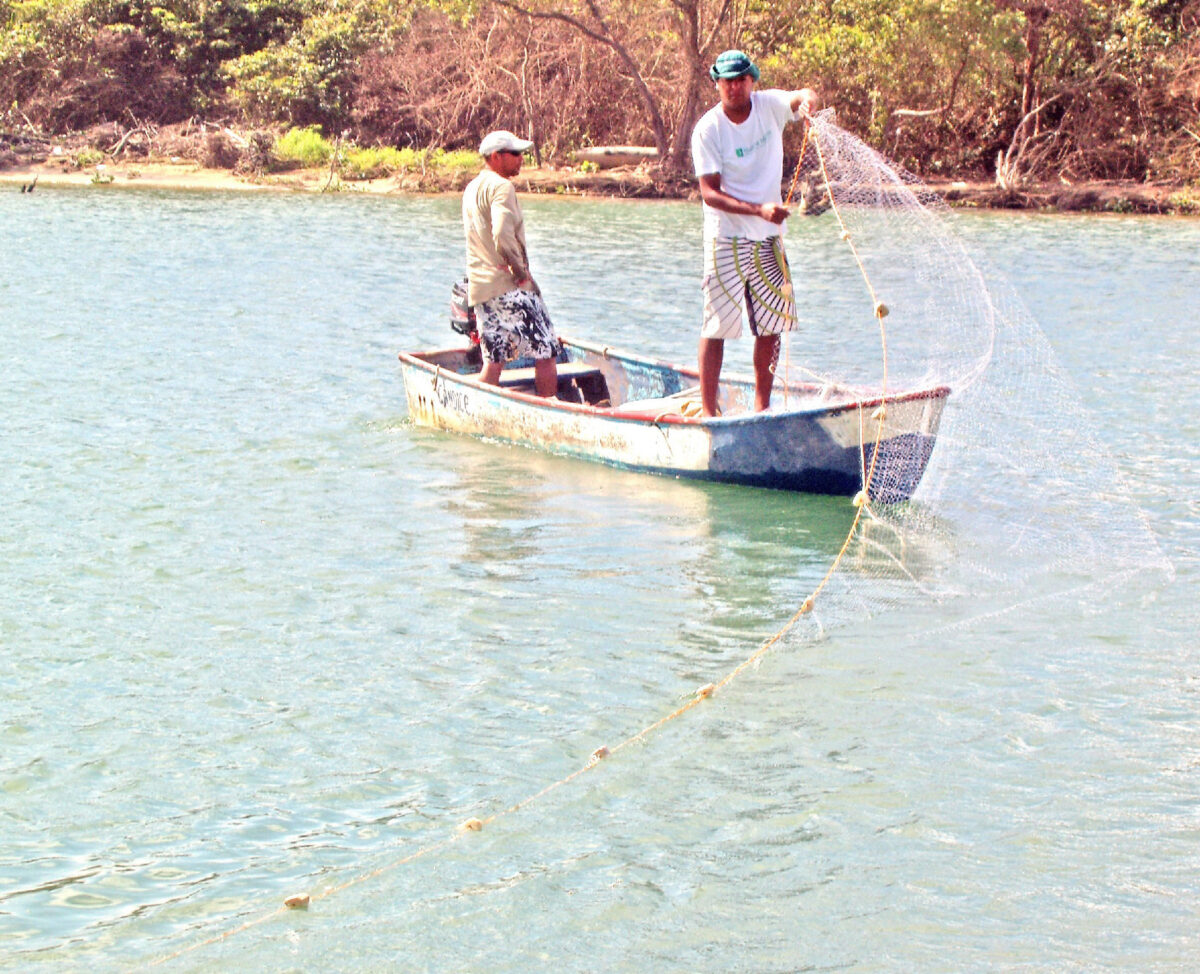 Fishermen on the Yasica River in the Dominican Republic cast their nets. (Courtesy of Victor Block)
Travel

So Much to Do in the Dominican Republic

People often picture the Caribbean island of the Dominican Republic as a place of golden sand beaches and inviting all-inclusive resorts. While there are many such settings, I had other things in mind during my visit. I was intrigued by a lengthy choice of activities that provided opportunities to explore the largely unspoiled countryside, interact with local residents, visit villages little touched by tourism, and enjoy encounters with Mother Nature.

I was following the journey of Christopher Columbus, who in 1492 spotted the island that the Dominican Republic today shares with the country of Haiti. A colony was established there 10 years later.

Among reminders of Spanish colonial days is a stone fort, Fuerte de San Felipe (Fort of Saint Phillip), which still gazes out over the north shore. Its massive walls enclose a little historical museum that tells the story of the Dominican Republic’s fight for independence, which it finally achieved in 1821.

Today, many visitors head for the vacation complex of Puerto Plata, which is well-located for excursions to nearby towns and beaches. Playa Cabarete (Cabarete Beach) is popular among both locals and tourists. Its semicircular stretch of golden sand is set against a backdrop of restaurants and bars.

Another beach that is a favorite among Dominicans is Sosua. In the past, it was a tranquil fishing village. In recent years, it has grown into a bustling little commercial community. Small shops and restaurants line the beach, and vendors stroll along the sand selling snacks and trinkets to sunbathers. When I sought a change from checking out beaches and sightseeing attractions, the challenge became which of an inviting choice of alternatives to select.

I decided to focus on new experiences and found the perfect solution. After asking around, I was directed to Iguana Mama, an outdoor tour operator that offers a wide array of tempting activities, such as plummeting down rushing waterfalls, zip lining, canyoning, river-tubing, and riding in all-terrain vehicles. I selected two options that appeared to provide challenge enough but not too much. One was a bike ride over dirt roads that pass through neighborhoods of modest homes. I waved to children playing in the streets while steering to avoid bicycle-eating potholes and chickens scratching in the dust.

Then, after loading the rented bike onto a rundown outboard motorboat, I enjoyed a ride on the Yasica River, past cows grazing in fields and fishermen casting their nets. Back on land, I sipped a cool drink of coconut water from the shell, then pedaled back to my starting point.

Another day, another outing. This time, it was a hike in El Choco National Park, named for the chocolate (choco) color of the earth. It included exploration of several of the more than 100 limestone caves, many connected by underground rivers that added a whole new dimension to the usual walk in the woods.

An appealing bonus was an encounter in the forest with an elderly man who invited me into his tiny hut made of palm-tree wood and fronds and offered a snack of warm yucca. That hospitable gesture epitomized every experience with the Dominicans I met. They were invariably friendly and courteous.

People I encounter when traveling have much to do with how much I enjoy a destination. Add beautiful beaches, magnificent scenery, and tiny towns, plus a long list of activities both familiar and less so, and the Dominican Republic has much to offer those seeking active days, hours lolling on the sand, or close encounters of the best kind.

For information about visiting the Dominican Republic: GoDominicanRepublic.com