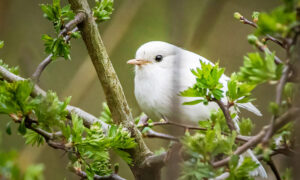 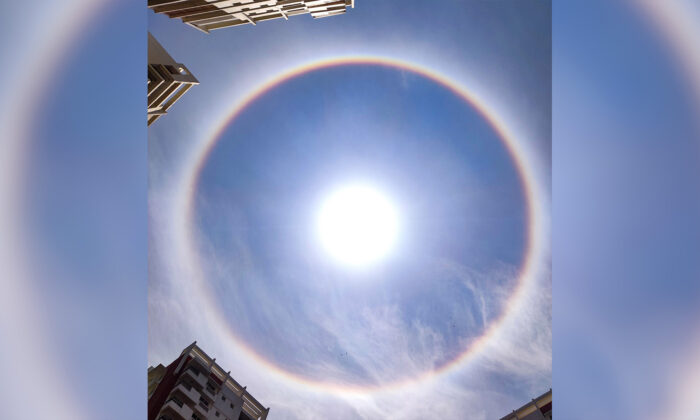 A stunning spectacle was witnessed in the sky over Bangalore on Monday when a rainbow formed a halo around the sun.

Dr. Gouri Sateesh, 24, who was one of the hundreds of residents who captured the spectacular sight on her camera, said she was awestruck after witnessing the natural marvel.

A rainbow is an optical phenomenon which occurs when light passes through tiny pixel-like droplets of water in the atmosphere and is refracted so that all the colors of the visible light spectrum are made visible.

Likewise, the phenomenon may occur when sunlight passes through clouds (water vapor), causing this similar halo rainbow effect when looking in the direction of the sun.

“My uncle first spotted the halo but I joked and said it was just his phone’s camera lens not working properly,” Sateesh said.

“But he insisted and urged me to see it myself.

“I took my brother downstairs, camera at the ready. And lo behold, the sun was right above us, with a perfect rainbow surrounding it.

“My brother and I were awestruck.

“We’d never seen or heard of anything like it. My uncle wasn’t joking. I quickly dropped the exposure on my camera and clicked some pictures, fearing it would disappear before I could capture it.

“But it stuck around for an hour or so, before the clouds engulfed it.”

Photos of the dramatic atmospheric phenomenon were posted on social media where it went viral.