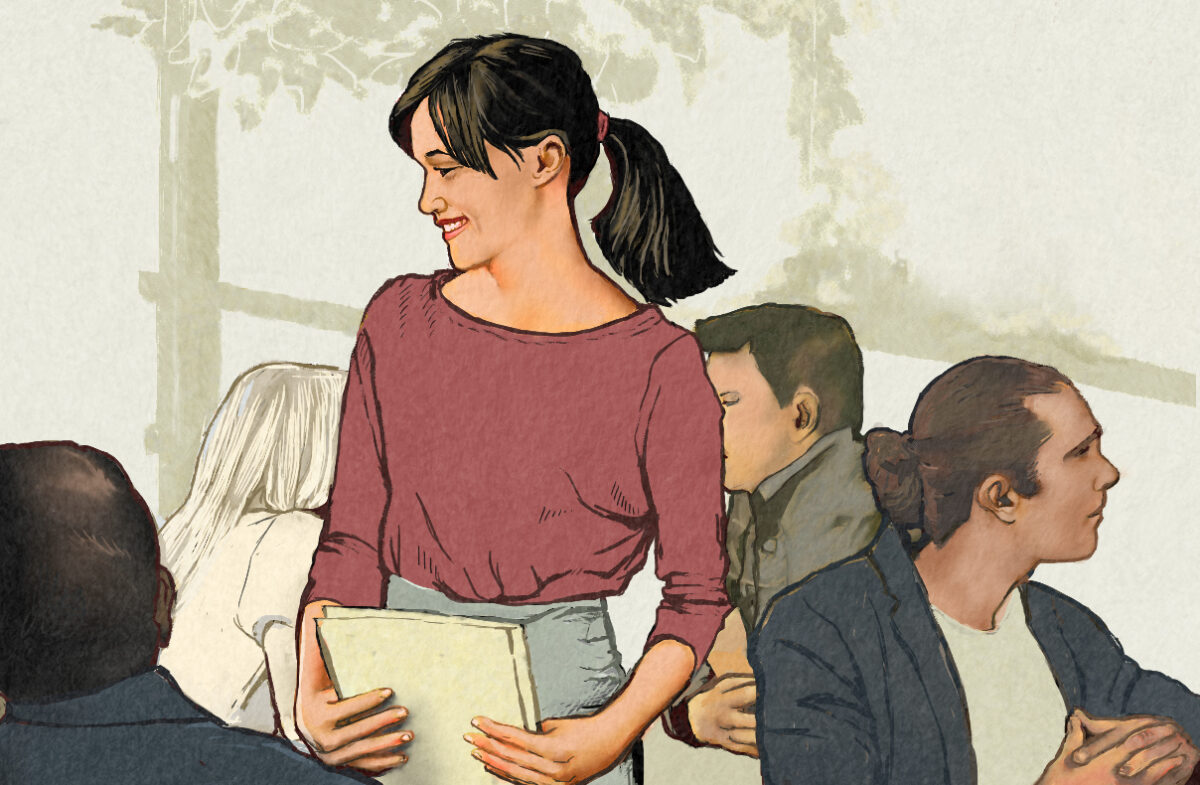 Making a personal commitment to be the very best at whatever you do is invaluable as you perfect your chosen avocation. (Illustration by Biba Kajevich)
Family & Education

Skill and Dedication Will Make You a Winner

A positive attitude can greatly improve your life
BY Jeff Minick TIMEApril 15, 2022 PRINT

In “The Speckled Beauty: A Dog and His People,” Rick Bragg recounts a conversation he has with his brother Sam, who is battling cancer. Thinking of his possible death, Sam says with regret, “The one thing I hate is that I ain’t got no legacy. I mean, you’ve got the books, when you die.”

Rick assures Sam that he will indeed leave behind a fine legacy, telling him that friends and neighbors will mourn his passing and say, “Sam Bragg was a good man.” He says he’s heard a woman or two say Sam used to be good-looking once.

Rick then says, “You’re the guy they depend on when things go bad, when they need someone to pull them out of the ditch or clear the road with your chainsaw or jump them off in the middle of the night.”

As we read about Sam in this memoir, we realize he’s a man with a good heart who has that native intelligence so common in our rural communities. We also come to admire him for his competence, his skill at fishing and hunting, fixing machinery, and caring for dogs.

Most of us applaud competence in others, particularly in those areas where we ourselves lack certain skills. That pot-bellied, bearded guy who arrives in a battered pickup truck to fix a broken water pipe won’t win any beauty contests, but what counts is whether he can repair the break. That brusque neurosurgeon who meets with family members before performing surgery on Aunt Jessica may lack bedside manner, but what’s important is whether she can save a beloved relative’s life.

Depending on the job, many ingredients go into that stew we identify as competence. The most basic of these are training, practice, and commitment.

Let’s take as an example a waitress I once knew in Charlottesville, Virginia. When Rebecca joined the wait staff of the restaurant, she approached her training seriously. She paid attention, made mental notes, and asked questions.

For a few days, she shadowed another employee during the lunch rush, absorbing the routine of the cafe and watching how her guide handled special problems. At night, she studied a menu at home, familiarizing herself with all the various food combinations and memorizing the numbers of the more popular dishes so that she could more quickly punch them into the cash register.

Practice came next. Rebecca started with three tables as her station, and in a few months, she found herself with two more. In the beginning, when she made mistakes, she explained to her customers that she was new on the job and hurried to rectify her errors. And as time passed, she left work after each shift with an abundance of tips in her purse.

In large part, that money derived from her commitment to her job. Rebecca dressed sharp, greeted customers with a smile that was real, remembered the names of the regulars, and did her best to make everyone’s dining experience relaxed and pleasant. She understood that for many of these patrons, the meal was one of the highlights of the day, an escape from their homes or offices, and she intended to do all in her power to make it so. As a result, customers were soon asking to be seated in her station, confident that the young server would make the meal an event.

By this point, of course, Rebecca had moved beyond competence to excellence, which should be the goal for all of us in our work and, for that matter, in all that we do. Her skillset had become second nature to her, and her kindness to those who sat at her tables was the special gift that set her apart.

Knowledge, skill, and attitude: Mix ’em together, and you’ll soon be in the winner’s circle.