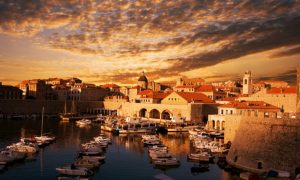 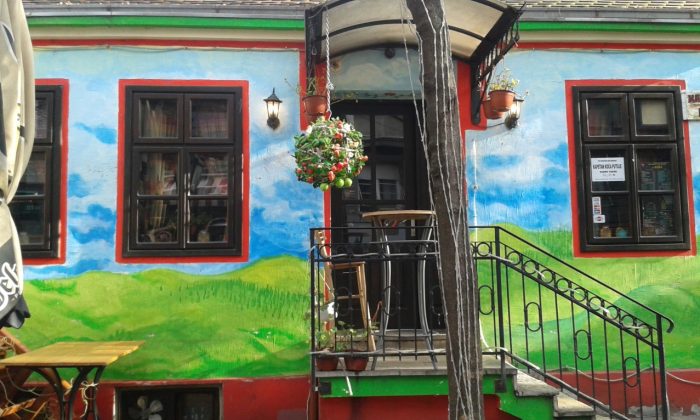 Skadarlija, the “Serbian Montmartre” of Belgrade

Below the Belgrade National Theater and behind the small park encircling the bus terminal, you may come across the threshold of another world – the harbor of olden times and sights. Walking into pedestrian zone and stepping over the cobblestones, you will be surprised to see a signpost with European directions – Montmartre, Ilot Sacré, Grinzing, Plaka. It’s a modern milestone in the 19th century Skadarlija neighborhood, mecca of forgotten “les bohemes” who spent their hours, days, years, and lives here, today witnessed by ornate facades and the fleeting spirit of the times.

It was the quarter where people were rich in poverty, purity, wits, and joy of life and where also lived a famous poet and painter Đura Jakšić, the bard of Bohemians, “a writer without occupation” as labelled by a police officer, when he applied to cross the Austro-Hungarian border at the end of 19th century.

This part of town originated in the first half of the 19th century as a Gypsy quarter while the very street claimed its name in 1872; its Bohemian features flourished around 1901, when after the demolition of old “Dardanelles” tavern, the regulars relocated to Skadarlija inns. It was poorly lit, and paved with cobblestone and flagstone due to the Ottoman era custom, inspiring the following verse:

In the wee hours, When clock strikes back,
You walk Skadarlija, Only to break your neck!

No high heels please, this is Skadarlija!

The busy market at the bottom of the street still bears the name of Bajloni, the Czech-born Jewish merchant with Lombardian origins, who once owned a nearby brewery, and at the place where now stands the Skadarlija emblem – a landmark with straw hat, a black cane and red carnation – in the past there was the imaginary line between the end of city and undeveloped outskirts.

Speaking of kafana (tavern) institutions, not mentioned in the legislature but definitely essential venue of businessmen in Balkan and elsewhere, here it was blooming. Namely according to the “Guide to Belgrade” from 1909, in Skadarska and surrounding streets there were 14 kafanas of 300 that served 90,000 people living in the Serbian capital.

The oldest kafana in Skadarlija is “Three Hats”, which according to famous writer Branislav Nušić already existed in 1864. It was held by widow Kata, and named after the old hat workshop. The building featured the advertising tin sheet painted with three hats and later when a kafana had moved in, it simply succeeded with the name.

The story of its rival, “Two Deer” says that in the spring of 1832, baker Avram opened a bakery in this place and afterwards began to prepare homemade meals for public. After redeemed and transformed by innkeeper Joakim in 1867, it began its life as “Two deer” by the memory of a good catch that Belgrade hunters once brought to this kafana. Maybe you wouldn’t expect two deer and three hats in the same street but after several drinks one could see three deer and two hats, who knows!?

At the initiative of the City of Paris, on 22 October 1977, there was a twinning of Belgrade Skadarlija and Parisian Montmartre. On that occasion arrived the French caravan, including artists, members of the Free Commune of Montmartre and the Association of Beer Drinkers (knights of the Second order of hops!). In honor of this event, a large procession of Belgrade citizens, along with guests, paraded from the Monument of Gratitude to France at Kalemegdan through the Republic Square to Skadarska Street, where a memorial plaque was uncovered.

So, join Paul Eluard and Alberto Moravia and explore the kafana spleen and be another celebrity guest that entered the bohemian life of Skadarlija!

Copyright © 2015 by the Dauntless Jaunter Travel Site. This article was written by  Miloš Vuckovic and originally published on dauntlessjaunter.com.