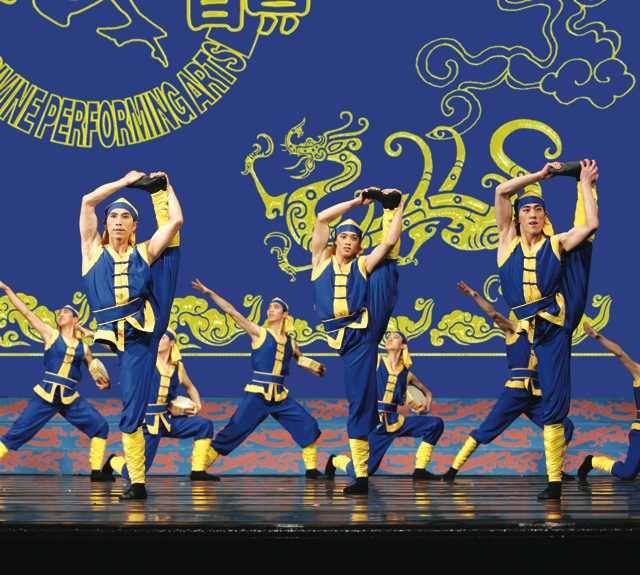 Shen Yun Performing Arts, known as the world’s premier classical Chinese dance and music performing arts company, returns to Canada this month with a brand new production, and audiences are lining up.

Since its establishment in 2006, the New York-based company has toured over 100 cities on five continents with the mission of reviving 5,000 years of civilization.

Shen Yun showcases the true traditional arts and culture that has been all but lost in China, largely due to the destruction caused by the Cultural Revolution.

Performing in prestigious venues such as the Kodak Theatre in Los Angeles, the Palais de Congrès in Paris, and New York City’s Lincoln Center, Shen Yun has garnered the praise of audience members of all ages, backgrounds, and interests.

Most notably, leading members of the artistic, business, and political communities have expressed their admiration for Shen Yun’s superior artistry, state-of-the-art technology, and innovative music that blends the best of the Eastern and Western traditions.

Many have said the performance leaves them uplifted.

“I cried, but I also laughed … Some of the [stories] were very funny and very charming. The set and the colours were so beautifully executed. Everything is perfect together,” she said.

Her feelings were echoed by Morden Yolles, a civil engineer and one of Canada’s pioneers of modern architecture who had seen the show two years in a row.

“Every part of it, the music, the costumes—it was superb, couldn’t be better,” said Yolles, who attended at Toronto’s Sony Centre, a theatre he helped build in the 1950s which was officially unveiled in 1960 as the O’Keefe Centre.

Shen Yun features performances of classical Chinese dance, which alongside ballet is one of the most comprehensive dance systems in the world. Less familiar in the West, the highly expressive dance form combined with Shen Yun’s superior artistry has inspired several prominent members of the dance community.

“Their passion for the arts and for bringing the beauty of arts to audiences is really touching,” said Chi Cao lead dancer with the UK’s Birmingham Royal Ballet who saw the show in London.

Best known for his role in the film “Mao’s Last Dancer,” Cao added that Shen Yun serves as an inspiration for the performing arts.

The performance also features hundreds of colourful handmade costumes, something that has piqued the interest of fashion designers around the world, from Vancouver’s own Rozemerie Cuevas to Donna Karan, creator of Donna Karan New York and DKNY, who saw the show last June in New York.

“The costumes were absolutely beautiful,” said Cuevas, noting “the selection of colour and the choice of fabric, and how they flowed with the dance.”

“It was very fresh, very vibrant.”

Audience members often express admiration for Shen Yun’s unique orchestra, which has a Western philharmonic orchestra as the foundation with traditional Chinese instruments leading the melodies.

“They’ve blended enough traditional Chinese elements and scales with more familiar orchestral things that make it very accessible and easy to participate in and follow along what the melody is, what the rhythm is, etc. So I just think it’s excellent.”

Through rigorous self-discipline, they cultivate both their art and their character in order to fully express the beauty and goodness inherent in traditional Chinese culture, which is believed to have been divinely inspired.

“I think that certainly is the message I get from the show, that if you have purity in your heart and your spirit and in the way you conduct life, that you will triumph in the end.

“That’s what I get from it and I think that’s a good message,” said Canadian writer Agnes Bristow who attends the show every year with film producer husband Leif Bristow and actress daughter Brittany.