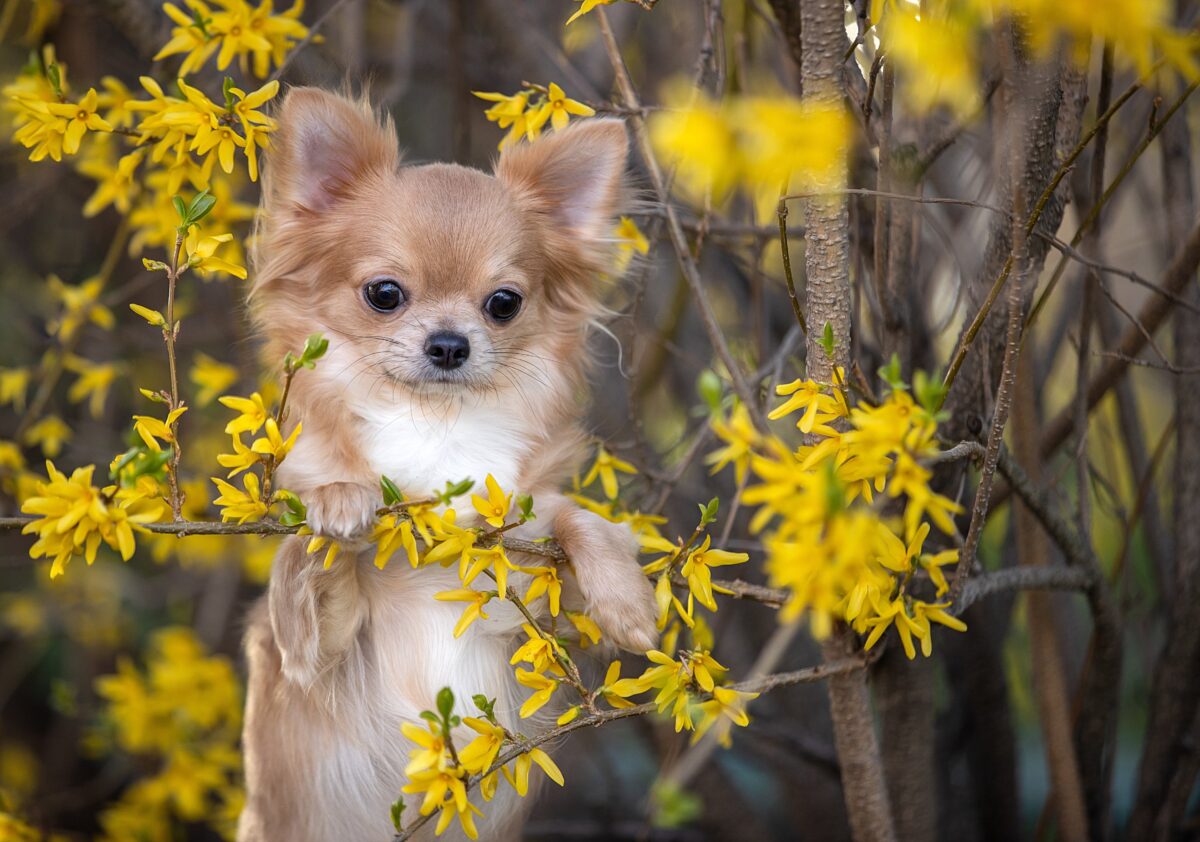 Should I Let My Small Dog Play With Big Dogs?

Have you and your dog ever encountered someone walking with their large dog on the street, and wondered if it was safe to allow your dogs to say hello?

On one hand, you want your dog to be well-socialized. You might feel good about both dogs’ body language. Maybe the large dog and their owner look friendly, and you know your dog wants to greet them.

But you’d never forgive yourself if you allowed your small dog near a large one, and she got attacked, seriously hurt, or even killed.

It’s a tough call to make, but usually, it’s not worth the risk. Here’s what you should know if you ever feel conflicted about letting your small dog play with a big dog.

Some encounters are more triggering than others.

When a dog is on a leash during an encounter, they may feel cornered. Even if they’re excited to meet the other dog at first, that dog might be just a little too pushy, just a little too overzealous with that sniffing.

A dog’s normal reaction to an overwhelming encounter is to step away. When they’re on a leash and can’t do that, they may growl, or even snap at the other dog. This can start a full-blown fight in seconds.

In the past, I allowed Matilda and Cow to greet other dogs for a maximum of three seconds, then I’d say, “good girls! Okay, bye!” and move along. That way, there wasn’t time for tension to build.

Nowadays, I notice that people typically do not even try to let their dog greet mine. I don’t know if the other dog has reactivity issues. Sometimes, the person walking the dog is not completely educated about dog body language, and they may not realize their dog is fearful.

So now, I rarely stop to greet other dogs. It does happen sometimes, especially if we do not have time to cross the street. Usually, my dogs get a quick sniff in, and we move along.

If you are going to let your dog say hello on-leash, try not to walk directly towards the other dog and walker, instead, approach towards the side and make sure the dogs have plenty of space to get away.

The dogs should ideally be able to sniff around and enjoy the environment alongside one another, rather than be in one another’s face.

If either dog has a stiff posture, hackles raised, tail straight up in the air, or shows any other sign of discomfort, quickly move along.

Not all on-leash encounters are dangerous. If you get your dog in a habit of very quick, short greetings, and they always have positive experiences, you most likely won’t have a problem.

Can We Go To The “Big Dog” Section At The Park?

Off-leash greetings are definitely less tense, but harder to control.

Several times, we have had a loose dog run up to us, or we have been in the big section at the dog park, and absolutely nothing happened.

Many large dogs have a wonderful, calm temperament, and they won’t react even if your small dog is being a jerk.

But you might meet that one dog that isn’t so friendly towards small dogs.

If you’re on the other side of the park, you might not be able to react as quickly as a growl turns into a bite.

If you do plan to have your small dog play with a larger dog, you can try having them get to know one another through a barrier like a fence first. That way, they can take in one another’s scent without the pressure of being in one another’s space.

Fence reactivity is another thing on its own, though. We used to live next door to a large dog.

Matilda, Cow, and the big dog would have awful screaming matches through the fence every time they were out at the same time.

With some training, I managed to greatly reduce the incidences and encourage them to stay away from the fence entirely, but if the big guy next door started talking smack… of course my girls still found it hard to stay away.

One day, the big guy got loose when we were out on a leashed walk. The tension of an on-leash greeting plus the addition of their big archenemy should have been catastrophic… but the big guy just politely sniffed the girls, then went back to his owner when she called him back inside.

Keep in mind that when you have a small dog, you can meet a perfectly friendly large dog and still walk away with an injury.

Even Cow, who has lived with Matilda for most of her life and should know better, occasionally runs into Matilda.

Small dogs are vulnerable to eyes popping out, broken bones, and worse when trampled by a large dog. Be super careful, especially in small spaces, and even more so with large, bouncy puppies and young dogs.

Is There Any Safe Way To Make Friends?

From what I’ve written about it, may sound like there’s no completely safe way to let your dog interact with other dogs.

And this is true.

But if you understand the risks, if you’re watchful, have a solid understanding of dog body language, and listen to your gut, you can keep your dog safe.

This article was originally published on littledogtips.com

Lindsay Pevny
Follow
Lindsay is a dog blogger and pet copywriter for outstanding pet industry businesses and a product description writer. Her mission is to educate pet owners to help them become the best advocates for their pets’ health and happiness. Visit littledogtips.com.
SHARE
Friends Read FreeCopyFacebookTweet
You May Also Like