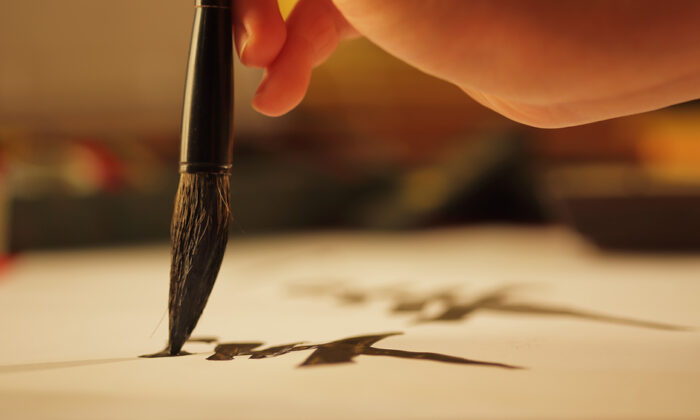 The haiku may not be easily mastered, but it's fun trying. (shutterpix/Shutterstock)
Literature

Short and Sharp: The Power and Pleasure of Haiku

The piercing chill I feel:
my dead wife’s comb, in our bedroom,
under my heel…

Anyone who has lost a loved one, particularly a parent, spouse, or a child with whom they lived, will immediately connect with the poem of Yosa Buson (whose original family name was Taniguchi) “The Piercing Chill I Feel.” In the days and even years following that person’s death, some object—a book in which the deceased jotted some notes, a necklace left in a drawer, a loving card given us long ago for a birthday—can shock us backward in time. Stunned for a moment by this abrupt encounter with the past, memories flood over us, and we remember—sometimes with a smile, sometimes with tears—the one so dear to us.

Buson’s poem demonstrates the enormous power of haiku, that Japanese verse form in which 17 syllables are typically arranged in three lines, usually in a pattern of five, seven, and five syllables.

Sometimes called “one-breath poetry” because it can be recited between one breath and another, haiku is set most often in the present, focused on the outer world rather than on a direct approach to feelings and emotions, and designed to capture a particular moment. These compressed verses can act as tiny explosions in our minds, stimulating our thoughts or as tools for meditation.

Of the many Japanese poets who composed haiku, four are generally recognized as the virtuosos of that art form: Matsuo Basho, Buson, Kobayashi Issa, and Masaoka Shiki. The first three wrote haiku’s cousin hokku, which were short poems introducing longer pieces. Shiki is the poet who made the leap to modern haiku, a verse standing by itself.

Here is a sample of their work. Bear in mind that these translations do not follow the 5/7/5 syllable count we would find in the original Japanese. We’ll start with Basho, regarded by many as the greatest poet in this pantheon of haiku artists:

We may miss some important points when we read these masters of haiku in translation. This verse seems at first to indicate merely the passage of a season:

Spring is passing.
The birds cry, and the fishes’ eyes
Are with tears.

Yet in the online article “Matsuo Basho’s Famous Haiku Poems,” the writer of the piece notes that “‘Spring is passing’ often means an eternal parting. The birds and fishes mean Basho and his friends.”

In this haiku, Buson contrasts a heavy bell, made by the hands of men, with a delicate moth created by nature:

On the one-ton temple bell
a moonmoth, folded into sleep,
sits still.

Some solitary souls—I am one of you—may find this poem by Buson particularly meaningful:

With nothing to do,
And all alone by myself—
I’ll make friends with the moon.

Kobayashi Issa, who wrote over 20,000 haiku, often included insects and other small creatures in his poems, including this humorous one:

Mosquito at my ear—
does he think
I’m deaf?

And here Masaoka Shiki also writes of insects, though in this case with regret:

After killing
a spider, how lonely I feel
in the cold of night!

For more than a century, English and American poets have tried their hand at haiku. Here, for example, is R.M. Hansard’s verse, which won a haiku contest in 1899:

The west wind whispered,
And touched the eyelids of spring:
Her eyes, Primroses.

In the 20th century, many more poets in the English-speaking world found themselves intrigued by haiku, this form of verse with few words but often with the magic to set the reader thinking in a dozen different ways. Sometimes the poets obey the rules of the form, and on other occasions they shape the form to fit their purpose.

Here is a haiku, Richard Wilbur’s “Sleepless at Crown Point,” which is obedient to tradition and which makes a bullfight out of weather and terrain:

All night, this headland
Lunges into the rumpling
Capework of the wind.

At the Haiku Society of America website, we find this award-winning piece by Amy Losak, who here composes senryu, which is a branch of haiku but with an ironic point of view:

This one brought a smile, as here in Virginia we had a summer of cicadas on top of all our other problems and plagues.

X.J. Kennedy and Dana Gioia’s textbook “Literature” includes “In a Station of the Metro,” Ezra Pound’s poem that he shortened from 30 lines to two:

The apparition of these faces in the crowd;
Petals on a wet, black bough.

Does it qualify as haiku? Not technically. Not in terms of the poem’s linear arrangement and syllabic count. But in its brevity, its mention of nature, and the wonderful punch it delivers, some might consider it, if not haiku, a least a sibling.

The inspiration behind this article was Maria Dios, a poet and lover of haiku who wrote to The Epoch Times encouraging someone to write an article about “how fun it is to create a poem 5/7/5!”

Raised in Maplewood, New Jersey—she credits her high school English teachers with encouraging her to write—Maria saw some of her work published in The New York Times before that paper discontinued publishing poetry.

She composed many of these haiku while driving through the New Jersey countryside on her way to work, passing woodlands, fields, and gardens. She is the author of “Would You Like a Poem?” and, now retired, hopes to teach workshops on poetry once the pandemic passes.

Here are a few of my favorite haikus she sent to me:

A Dark Red Tulip
A dark red tulip,
like a glass of burgundy
that is always full.

Acupuncture
So many needles
talking silently among
themselves, as I rest.

Near the end of her email, Maria wrote, “From nature, to every day, to love: I especially love haiku as it is so simple and fun, and can be composed on the spot and even done as a game with others.”

Give It a Try

Why not follow Maria’s suggestion and write haiku yourself?

In “Literature,” Kennedy and Gioia offer some tips for composing these short poems. “Make every word matter. Include few adjectives, shun needless conjunctions. Set your poem in the present,” they tell us, reminding us that Basho advised, “Haiku is simply what is happening in this place at the moment.” They also remind us that haiku concerns itself with “what can be seen, heard, smelled, tasted, or touched,” but it must also “make the reader feel something.”

In her Introduction for “Would You Like a Poem?” Maria notes: “Poetry is a mystical experience, a deep pleasure, a stress reliever, a discovery, all of these things for me. I can fall in love with a random unknown poem as easily as a famous one.”

Following My Own Suggestion

For three years, I wrote poetry, many sonnets but other forms as well. Several of these found a home in different magazines, but in general I was writing for me. Maria is absolutely spot-on about poetry being mystical, pleasurable, and offering discovery. Eventually, I stopped writing poetry—I’m not sure why—but I still remember how glorious it felt carrying a poem not just in my pocket but in my head, tinkering with it, wanting to sculpt the lines to perfection, chipping away and adding back to the poem.

Inspired by Maria’s enthusiasm and following the advice of Kennedy and Gioia, I composed this haiku in a matter of minutes as I finished this article:

Cool Virginia night
And here I sit at my desk
Drinking poetry.