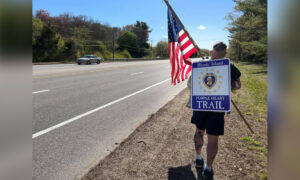 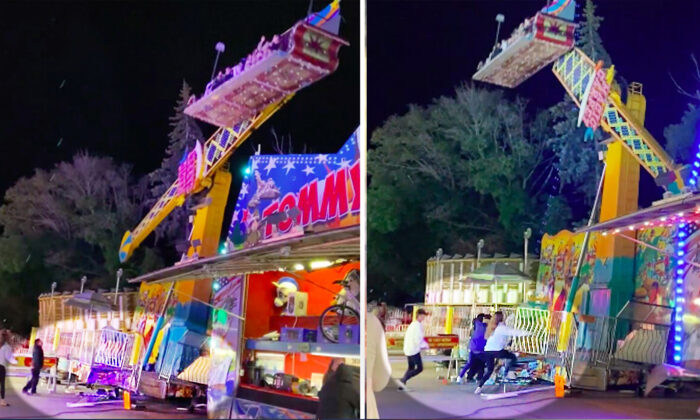 A video recorded the near-disaster as 10 passengers were hoisted high overhead and around again by the festively painted Magic Carpet Ride—but not all was going as planned.

As the lift soared, the platform seemed to come off its foundations, tipping wildly back and forth as the ride swung its passengers dozens of feet into the air.

Horrified bystanders began to react seeing the unsafe situation. One is shown grabbing the fencing, stepping up on the platform, and using his body weight to keep it down, before others join and together seem to successfully hold fast the base of the machine.

The footage was posted on Twitter by Philip Lewis, who captioned: “Bystanders at the Cherry Festival in Traverse City, Michigan rushed over to stop a carnival ride from tipping over.”

More footage shows the crowd cheering after the ride was safely stopped. Passengers are seen hugging loved ones as they disembark. There were reportedly no injuries.

The ride has since been dismantled and taken back to the Ohio factory where it was made, according to reports, to determine what caused the malfunction.